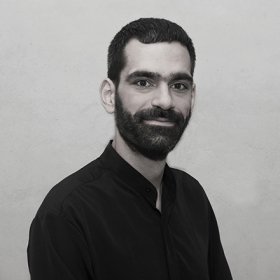 Greek bass, he graduated from the Music School of Pallini and studied singing (diploma with honours and first prize) under Rossitza Troeva. He has performed in concerts in Greece, The Netherlands and Bulgaria. He has been a member of the Greek National Opera Chorus since 2012, having singing such roles as Colline (La bohème), Masetto and Commendatore (Don Giovanni, “The Suitcase Opera”), as well as Don Basilio (Il barbiere di Siviglia), as part of the educational project of the Greek National Opera “Interactive Opera for Primary Schools”.