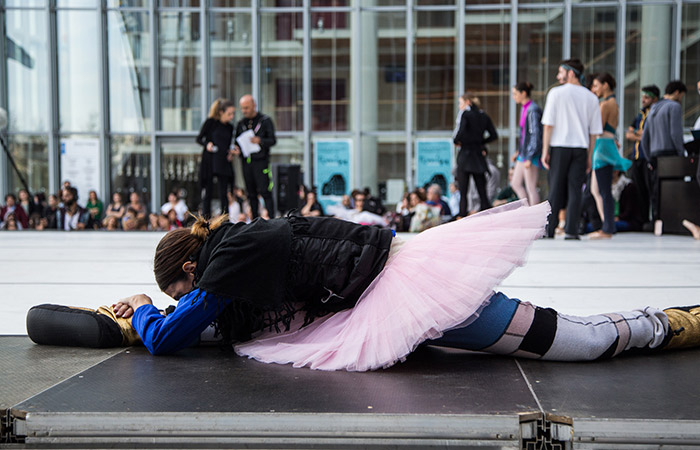 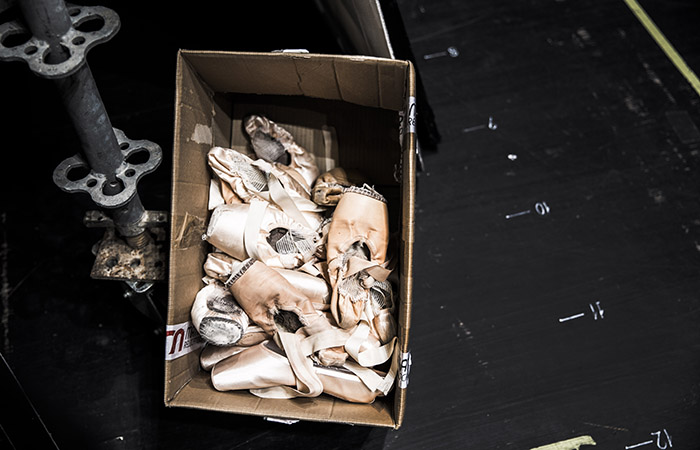 The Greek National Opera Ballet was founded in 1939 together with the opera department of the National (then-Royal) Theatre. Its first director was the acclaimed Czech choreographer Sasha Machov.

Initially, it operated as an opera ballet, meaning that it participated in the company's opera and operetta productions, though it also occasionally staged it own dance performances.
Over the years, it became more ambitious and immediately after the Greek National Opera became an independent body from the National Theatre in 1944, it began presenting productions that were exclusively ballet, such as, for example, Manolis Kalomiris's The Death of the Valiant Woman and Georgios Sklavos's The Eagle. The company began adding grand romantic ballets to its roster in 1980. In 1994 the GNO Ballet came under the directorship of choreographer Leonidas de Pian, who was succeeded in 1999 by Anna Petrova. In 2006 the post went to the acclaimed Canadian dancer and choreographer Lynne Seymour, who was followed by Russian dancer and choreographer Irek Mukhamedov (2007-10) and then by Christiana Stefamou (2010-2011). Italian dancer and choreographer Renato Zanella took over the ensemble in the autumn of 2011. In 2016, the post went to the international Greek choreographer Antonis Foniadakis and the next year to renowned Greek choreographer, director and artist Konstantinos Rigos.
Since its founding, the GNO Ballet has worked with important Greek and foreign choreographers such as: Tatiana Varouti, Olympia Gelodari, Angelos Grimanis, Zouzou Nikoloudi, Rallou Mano, Yiannis Metsis, Leonidas de Pian, Eleni Tsoukala, Yianni Fleury, Zoe Dimitriou, Yiannis Mandafounis, Fotis Nikolaou, Constantinos Rigos, Andonis Foniadakis, Vladimir Vasiliev, Igor Zelensky, Germinal Casado, Boris Knyazev, Kenneth MacMillan, Lorca Massine, Kalina Bogoeva, Antony Tudor, Rudi van Dantzig and Rosalia Chladek.
It has staged some of the greatest ballets of the classical repertory – including Swan Lake, Giselle, Romeo and Juliet, The Nutcracker, Don Quixote, Cinderella, Sleeping Beauty, La Bayadère, Raymonda, Le Corsaire, The Snow Queen and Les Sylphides – as well as numerous ballets by Greek composers – such as The Death of the Valiant Woman by Manolis Kalomiris, The Eagle by Georgios Sklavos, Zorba, Electra and
Mythology by Mikis Theodorakis, Tanagraia by Yiorgos Sicilianos, The Accursed Snakeby Manos Hadjidakis, Chariots of Fire by Vangelis Papathanasiou, Genesis by Michalis Adam and Autochthon and Aurora by Iannis Xenakis, among others. The ensemble has also staged a number of works by contemporary choreographers.
The GNO Ballet has participated in the Athens and Epidaurus annual summer festivals since their founding in 1955 and has appeared, among other venues, at the Olympia Theatre, the Athens and Thessaloniki concert halls and the Herod Atticus Theatre. It has toured beyond Greece, in Egypt (Cairo 1999, 2000), Turkey (Aspendos 2001), Australia (Sydney, Adelaide, Melbourne 2002) and France (paris 2005), while also appearing in the context of the Cultural Olympiad 2000/4. In that same year it was awarded the Apollo Prize by the Society of the Friends of the Greek National Opera.