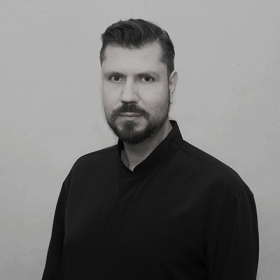 Greek bass-baritone, he was born in Athens. He studied voice next to internationally acclaimed singers. He began his studies with tenor Pavlos Raptis at the Hellenic Conservatory and continued with Kostas Paskalis, Frangiskos Voutsinos, George Pappas (diploma with honours and first prize), George Zervanos and Lazaros Tselepides. He has attended seminars and masterclasses under famous soloists such as Aris Christofellis and Ghena Dimitrova. As a grant-holder of the Mozarteum Salzburg, he studied next to baritone Rudolf Knoll and in Italy with Mauro Augustini, Gianfranco Cecchele, Gianni Maffeo and Bonaldo Giaiotti. He has worked with the Hellenic Broadcasting Corporation and since 1998 he has been a permanent member of the Chorus of the Greek National Opera.