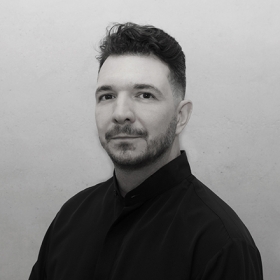 Greek baritone, he was born in Athens. He began piano lessons at an early age and, before finishing school, he received his harmony diploma in advanced music theory. He continued his studies at the Dartington College of Arts, University of Plymouth, Great Britain (composition). Shortly before completing his education (BA in Music, 1999), he took his first lessons in classical singing with bass Ian Comboy. He returned to Athens in 2004 and completed his vocal studies (diploma) under the guidance of tenor Stamatis Beris (National Conservatory, Athens). He has also attended seminars with Kostas Paskalis, Kiki Morfoniou, Louis Manikas and William Matteuzzi. He is a permanent member of the Chorus of the Greek National Opera, where he has also sung leading roles in operas like Il barbiere di Siviglia, L’elisir d’amore and La bohème.