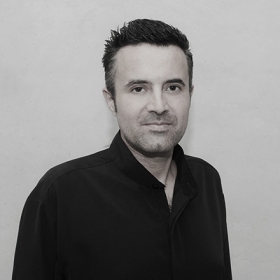 Greek tenor, he studied voice with Ivanka Ninova (diploma and postgraduate studies with honours) at the Pancho Vladigerov National Academy of Music in Sofia, Bulgaria. He also holds a voice diploma from the Echogenesi Conservatory, Athens (diploma with honours, first prize). He participated at a seminar for voice and movement technique held by Margarita Lilova and Peter Zlatev in Varna. He has sung opera excerpts in various cities of Bulgaria with the Vidin State Philharmonic Orchestra, Pleven Philharmonic and Plovdiv Philharmonic Orchestra and has given recitals in Athens (Parnassos Literary Society, Paleo Psychiko Cultural Centre) and Patras, Greece. Since 2006 he has been participating as a soloist in productions of the cultural association “Odos Technon”, as well as with the vocal ensemble “En fonais” in Greece and abroad. Since 2006 he has been a permanent member of the Chorus of the Greek National Opera.