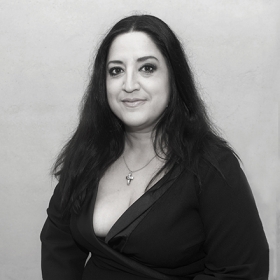 Greek mezzo-soprano, she was born in the Netherlands. She studied dance at the Greek State School of Dance and voice at the Athens Conservatory. He received a singing diploma with honours with leading baritone Kostas Paskalis at the Apollonio Conservatory, Athens. She is a graduate of the Department of Primary Education of the University of Crete. She sang Dorabella (Così fan tutte) at the Horto Festival of Pelion (Greece). She was a member of the Chorus of the Hellenic Broadcasting Corporation (1994/99). Since 1999 she has been a member of the Chorus of the Greek National Opera, where she has also performed soloist roles (Rigoletto, Carmen, The godson, Lohengrin, etc). She sang Cassiopeia in Alkis Baltas’ opera for children Momo (Megaron – The Athens Concert Hall). She has given recitals and concerts for Hellenic Broadcasting Corporation and has collaborated with traditional music ensembles.