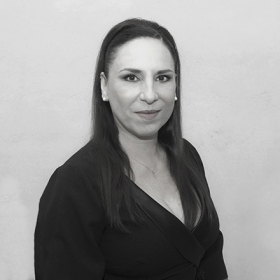 Greek mezzo-soprano, she studied singing at the Dimitris Mitropoulos Conservatory, Athens, and continued her studies under famous Greek soloists Frangiskos Voutsinos and George Pappas. She graduated from the Athens Conservatory Drama School. She is a permanent member of the Greek National Opera Chorus and has participated as a soloist in many operas and operettas. She has sung, among others, at the Thessaloniki Concert Hall, Athens and Epidaurus Festival, Theatre of the Society for Macedonian Studies and in other venues in Greece and abroad. She has worked with such theatre companies as Spyros Evangelatos’ Amphi-Theatre, Proskinio, Anatoli, Serres Municipal Theatre, etc. She has participated in many radio, television and cinema productions and for many years she took part in the lighting of the Olympic Flame. She is a founding member of Polymnia, a private artistic society that since 1998 stages opera and operetta productions and promotes young artists’ works.