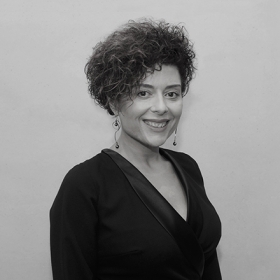 Greek soprano, she was born in Athens. She studied piano and voice at the Athens Conservatory with Meni Charalambidou, graduating with honours and distinction in 1998. She continued her vocal studies at Indiana University, Bloomington, USA, with baritone William Shriner (1998-2000). She has also worked with Greek bass Frangiscos Voutsinos and soprano Maria Moutsiou. She has been a permanent member of the Greek National Opera Chorus since 2003. She has sung with the Chorus of the Hellenic Broadcasting Corporation and the Chorus Fons Musicalis, and she has given many concerts (Solo Donne vocal quartet, University of Athens, American School of Classical Studies, Athens, Philharmonic Orchestra of Loutraki City, etc). In 2007 she sang the Friend of the Infanta in Zemlinsky’s Der Zwerg. Moreover, during 2017/18 she participated in the social activities of the Greek National Opera.