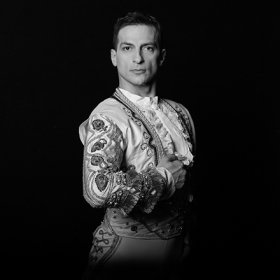 He was born in Tirana, Albania, and began ballet at the age of six. At the age of ten he was accepted at the Academy of Dance and Choreography of Albania, from which he graduated in 1995. Following an invitation by Sofia Spyratou, he came to Greece in 1997. He worked with Roes Dance Theatre, choreographer Daniel Lommel, as well as with director Yannis Kakleas, participating in dance, theatre and music performances. In 1998 he entered the Greek National Opera Ballet and a year later he became a permanent member.