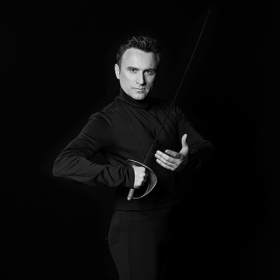 Born in Albania, he is a graduate of the Jordan Misja Dance Academy, Tirana, gradu- ating eighteen years old. For the next two years he worked as a Soloist at the Albanian State Opera Ballet. In 1993 he came in Greece and in 1995 he became a permanent dancer at the Ballet of the Greek National Opera. He attended dance classes at the Dutch National Ballet Academy (Amsterdam) and at Maurice Béjart’s dance company. As a Soloist of the Greek National Opera Ballet he has danced lead roles in such productions as Romeo and Juliet (Rudi van Dantzig and Renato Zanella), La Bayadère, Alles Walzer (Renato Zanella), Voyage to Eternity (Renato Zanella / Eleni Karaindrou), Don Quixote (Vladimir Vasiliev), La Fille mal gardée (Alexander Grant), Cinderella (Oleg Vinogradov), The Nutcracker (Renato Zanella). He has danced principal and soloist roles, among others, at the Athens Concert Hall and at the Odeon of Herodes Atticus.