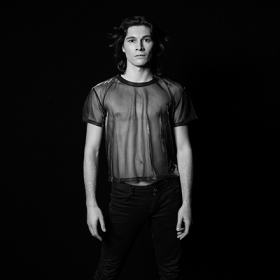 Βorn on Lefkas, Greece, he grew up with the musical culture and tradition of his island. He attended classical music lessons in the conservatory for many years, he studied at the Music High School of Lefkas and continued studying at the School of Drama of the Aristotle University of Thessaloniki. He started classical ballet at the age of seventeen with Thomas Gountis and graduated from the Professional Dance School of the Greek National Opera with honours (2012). Later, he became a member of the Greek National Opera Ballet, where he has performed soloist roles and has collaborated with choreographers such as Vladimir Vasiliev, Renato Zanella, Pantelis Zikas, Ray Barra, Christiana Stefanou, Fokas Evangelinos, Sofia Spyratou, Thomas Gountis, Andonis Foniadakis, Douglas Lee, Benjamin Millepied, Alexander Ekman, Pontus Lindberg and Konstantinos Rigos.