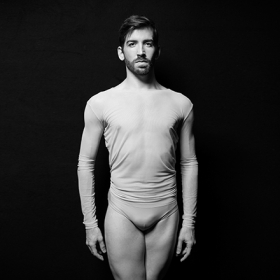 He was born in Thessaloniki, Northern Greece, and studied with scholarship at the School of the Birmingham Royal Ballet (England, 2004/07) from which he graduated with a professional dancer national diploma. He danced with the Birmingham Royal Ballet in such productions as The Nutcracker, The Sleeping Beauty, La Bayadère, The Rite of Spring and The Firebird. In 2013 he became a Principal Dancer of the Ballet of the Greek National Opera. He has performed lead roles in such ballets as Giselle, Romeo and Juliet, Don Quixote, The Nutcracker, Swan Lake, Cinderella, Eugene Onegin, Chopin in love, The Sleeping Beauty, Four Last Songs, The Snow Queen, Beethoven opus 73, Boléro, Voyage to Eternity, Gioconda’s Smile, Links, Équilibre, etc. Several roles have been created especially for him such as Romeo (Romeo and Juliet, Zanella), Siegfried (Swan Lake, Zanella), Onegin (Eugene Onegin, Mukhamedov), Prince Désiré (The Sleeping Beauty, Lindberg), Mr. Noll (Gioconda’s Smile, Stellatou), etc. He participates in international gala evenings and since 2014 he has been teaching at the Professional Dance School of the Greek National Opera.