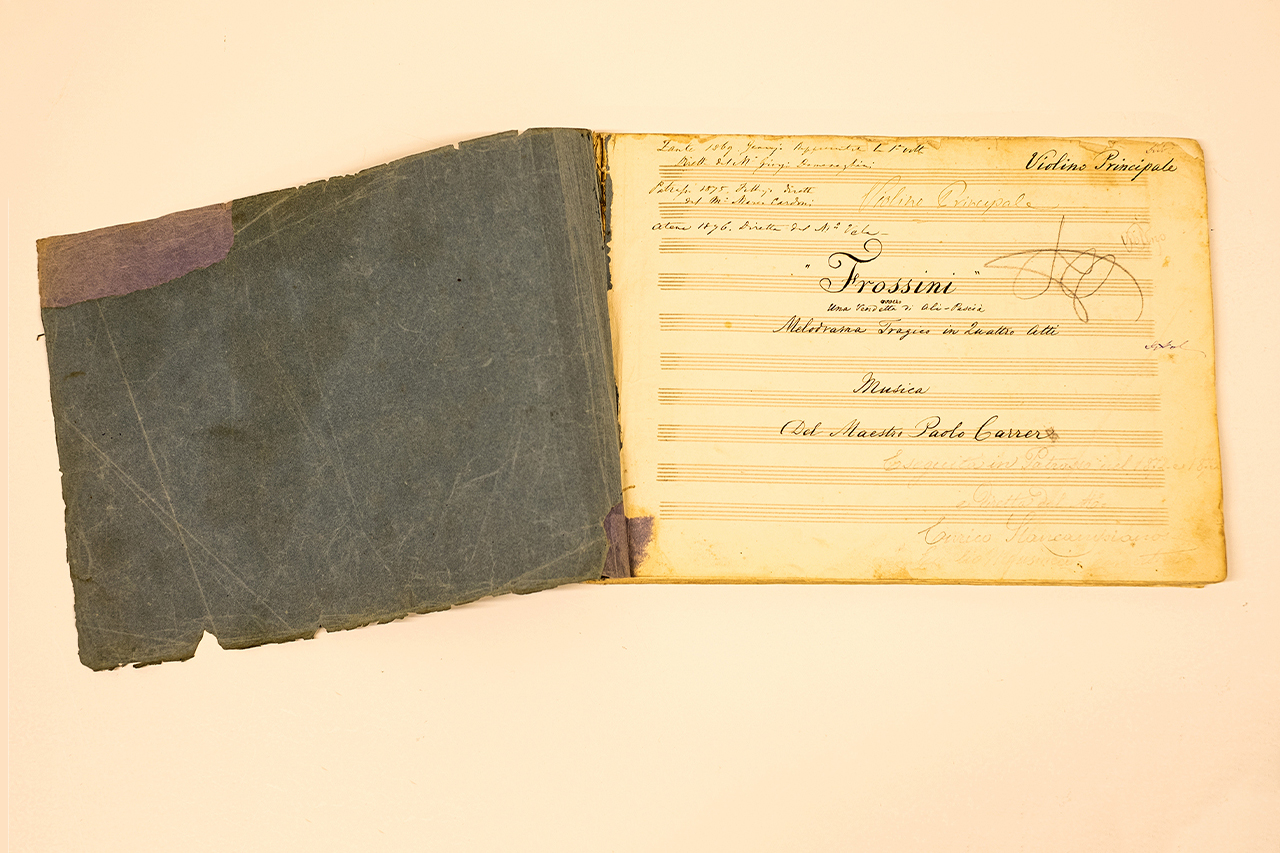 Score editing
Yannis Tselikas / Hellenic Music Centre
The edition of the score is based on the sole authentic manuscript music material that was acquired from a private archive and is kept in the Music Library of the GNO.

In one of his letters to Andreas Laskaratos from October 1859, Aristotelis Valaoritis writes about his first big poetic composition Lady Frossini that was published that same year: “I got the idea in my head to offer my nation a poem with a Greek character. […] I mostly wanted it to be historical, so that it could be beneficial, at least to this respect.”

Just nine years later, Zakynthiot poet Elisavetios Martinegkos (1832-1885) adapts Valaoritis’ Lady Frossini into a libretto titled Frossini, which is afterwards set to music by Zakynthiot composer Paolo Carrer (1829-1896). It would be his second “national opera” following Markos Votzaris. Frossini was presented at the “Apollon” Theatre on Zakynthos on 16 November 1868 and toured to Patras, Athens, Alexandria and other Greek centres.

Apart from the historic events that took place in January 1801 portrayed in the opera –the illicit love affair of Euphrosyne Vasileiou (Frossini) with Ali Pasha’s son Muhtar and her tragic death for not succumbing to Ali’s amorous advances–, Carrer gives special emphasis to the relationship between the father and the son (Ali-Muhtar), who are rivals for the love of the same woman, as well as to Frossini’s switch and repentance, when she decides to abandon her illicit affair and go back to her children at the cost of her own life: “I want to be buried in the grave as a fearless, repented, free Greek woman!” says she in her long aria in Act II. In a wider context, the figure of the martyr / heroine Frossini stands for Hellenism and Christianity, while the figure of the ruler Ali symbolises all the misfortunes associated with the Ottoman empire and Islamism.

Regardless of whether Carrer knew about Valaoritis’ letter to Laskaratos or not, they shared the same vision: an opera with a national content and a historical character. Based on the contemporary musical idiom of the Italian operatic language –especially Verdi’s language during the Risorgimento (the struggle for Italy’s political unification)–, the composer will shape his personal style and lay the groundwork for the emergence of Greek opera.

In an effort to enrich its historical archive and with the support of the grant from the SNF, the GNO managed to purchase the only extant manuscript score of Paolo Carrer’s opera Frossini as well as its bilingual reduction for voice and piano from a private collection. 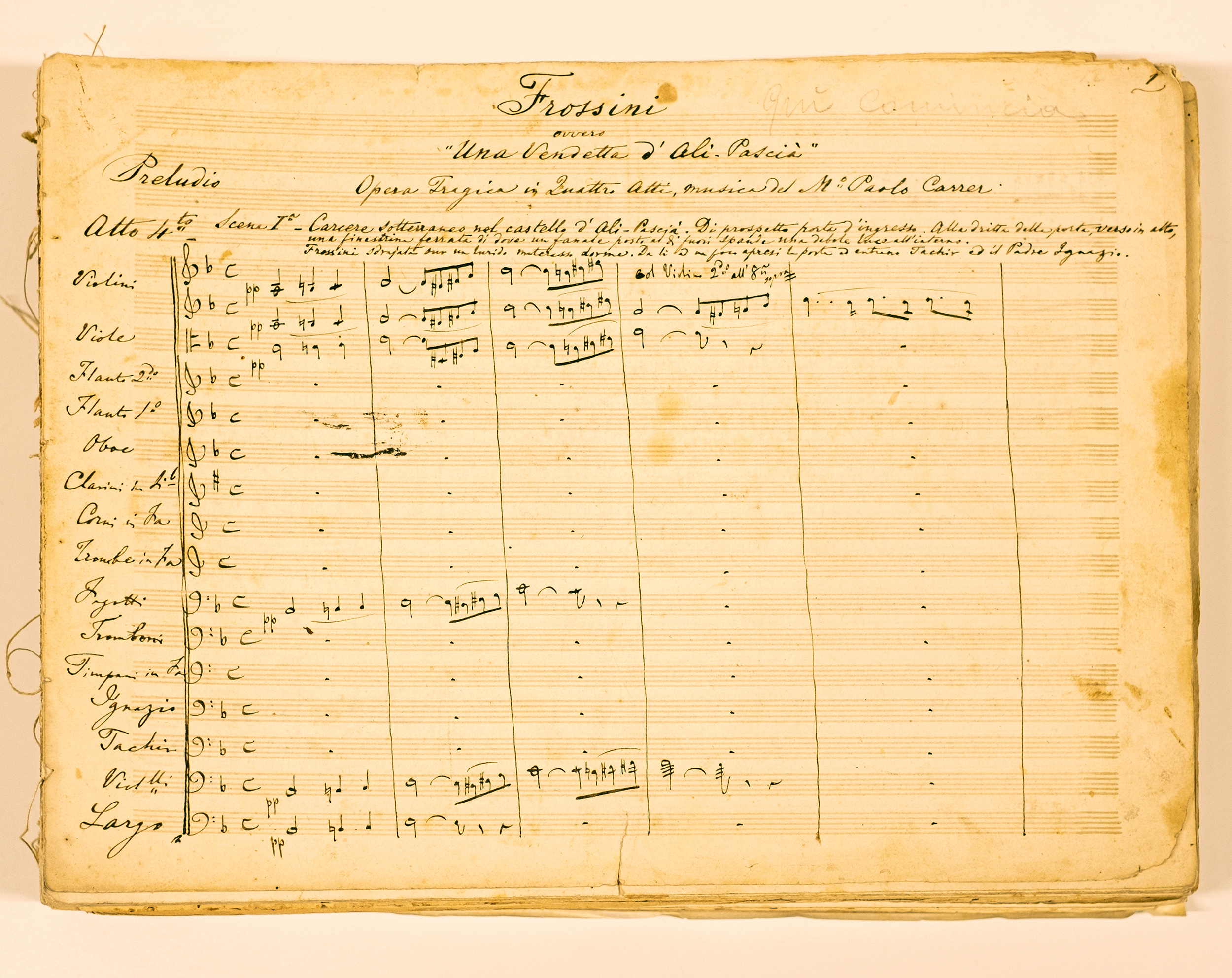