The Greek National Opera premiere of Antonio Vivaldi’s masterpiece Juditha triumphans will amaze audiences across the world through MEZZO, the leading channel on opera and classical music. MEZZO TV broadcasts in over 80 countries with an international audience of more than 60 million subscribers. The production, part of a tribute to the 2021 bicentennial of the Greek Revolution, conducted by Markellos Chryssicos and directed by Thanos Papakonstantinou, is made possible by a grant from the Stavros Niarchos Foundation (SNF) [www.SNF.org].

Antonio Vivaldi’s baroque music masterpiece Juditha triumphans is presented by the Greek National Opera for the first time, as part of the celebration of the 200th anniversary of the Greek Revolution. The work is about the victory of the Venetians at the siege of Corfu, which acted as a catalyst in stopping the Ottoman advance into the Christian West. Juditha triumphans is the only extant oratorio of the four Vivaldi is known to have composed. The intense war atmosphere is portrayed through the dynamic choral parts, while Juditha’s faith and honesty through the lyric and tender writing. Remarkable is the use of many different and relatively rare instruments, such as the viola d’amore, the chalumeaux (early clarinets) and theorboes, with which Vivaldi brings out the work’s highlights.

Following the first successful collaboration of the Greek National Opera with MEZZO TV on Wozzeck in 2020, the world’s leading opera channel returned to Athens to film a new production. Vivaldi’s Juditha triumphans is conducted by Markellos Chryssicos and directed by Thanos Papakonstantinou, starring Roxana Constantinescu, Kristina Hammarström, Inga Kalna, Theodora Baka, and Sophia Patsi, with the participation of the Armonia Atenea orchestra, the musical ensemble Il Pomo d’Oro, the GNO Chorus and the GNO Children’s Chorus. The production, which couldn’t be presented in front of a live audience due to the COVID-19 restrictive measures, will premiere on MEZZO TV in the near future. The collaboration of GNO with MEZZO TV is made possible by a grant from the Stavros Niarchos Foundation (SNF) [www.SNF.org] to enhance the Greek National Opera’s artistic outreach.

Director Thanos Papakonstantinou notes: “In the performance, we become witnesses of a coming-of-age ceremony within a female community. A man is captured and becomes the sacrificial animal. The girl in the process of initiation will perform Judith in the story with Holofernes, and after joining the ‘sacrificial’ lamb in a symbolic marriage, she will kill him, just like the Biblical heroine, and this is how she will become a complete member of the community. Her bloodied hands at the end of the crossing, also mark her ‘entrance’ into the world of adulthood, the final and irrevocable fall from the grace of innocence.”

Juditha triumphans devicta Holofernis barbarie (Judith Triumphant over the Barbarians of Holofernes) is described as a “sacred military oratorio”. It was written with the goal of enhancing the Republic of Venice’s prestige. The inspiration for Giacomo (Iacopo) Cassetti’s allegorical Latin libretto came from the defense of Corfu against the Ottomans in August 1716 and, in particular, the victory by the Christian forces of the Republic of Venice, the Pope, and the Holy Roman Empire headed by the Saxon general Schulenburg. Cassetti used the confrontation between the Jews and the Assyrians as an allegory for the conflict between the Venetians and the Ottomans. It is arguably likely that the oratorio was intended to be presented during the fasting period preceding Christmas (Advent). In fact, it is reported that Juditha triumphans was first performed in Venice in November 1716. However the honoured person, general Schulenburg, to whom Cassetti had dedicated the opera, could not have attended any performance prior to 3 January 1717, because only then was he allowed to return to Corfu after an obligatory quarantine period. Given the differences between the calendar systems, the premiere is estimated to have taken place at the end of December 1716.

Antonio Vivaldi (1678-1741) is a name familiar to most of us, thanks to his famous Four Seasons. He was a virtuoso violinist, impresario, music teacher, and a Catholic priest. But most of all, he was one of the most important composers of the Baroque era, not only because his works were remarkable, but also because they had a determining influence on renowned colleagues of his, including Johann Sebastian Bach.

He composed a multitude of concertos, about forty operas and four oratorios. Many of these works were written for the girls of the Orphanage of Pietà (Mercy) –Ospedale della Pietà– in Venice, with which Vivaldi had a long-standing collaboration. When his music gradually started losing its popularity in Venice, the composer sought a better luck in Vienna. He was counting on the support of Charles VI, emperor of the Holy Roman Empire, who, however, died a while after Vivaldi’s arrival at the capital. Without royal protection, the composer faced serious financial problems and about a year later he passed away in Vienna at the age of 63.

Filmed in the GNO Stavros Niarchos Hall at the SNFCC on 19 and 21 April 2021 for MEZZO TV, the international television channel that is devoted to opera and classical music. The production will be broadcast on MEZZO TV in the near future.

With the Armonia Atenea orchestra, the musical ensemble Il Pomo d’Oro, the GNO Chorus and members of the GNO Children's Chorus, as part of its educational mission 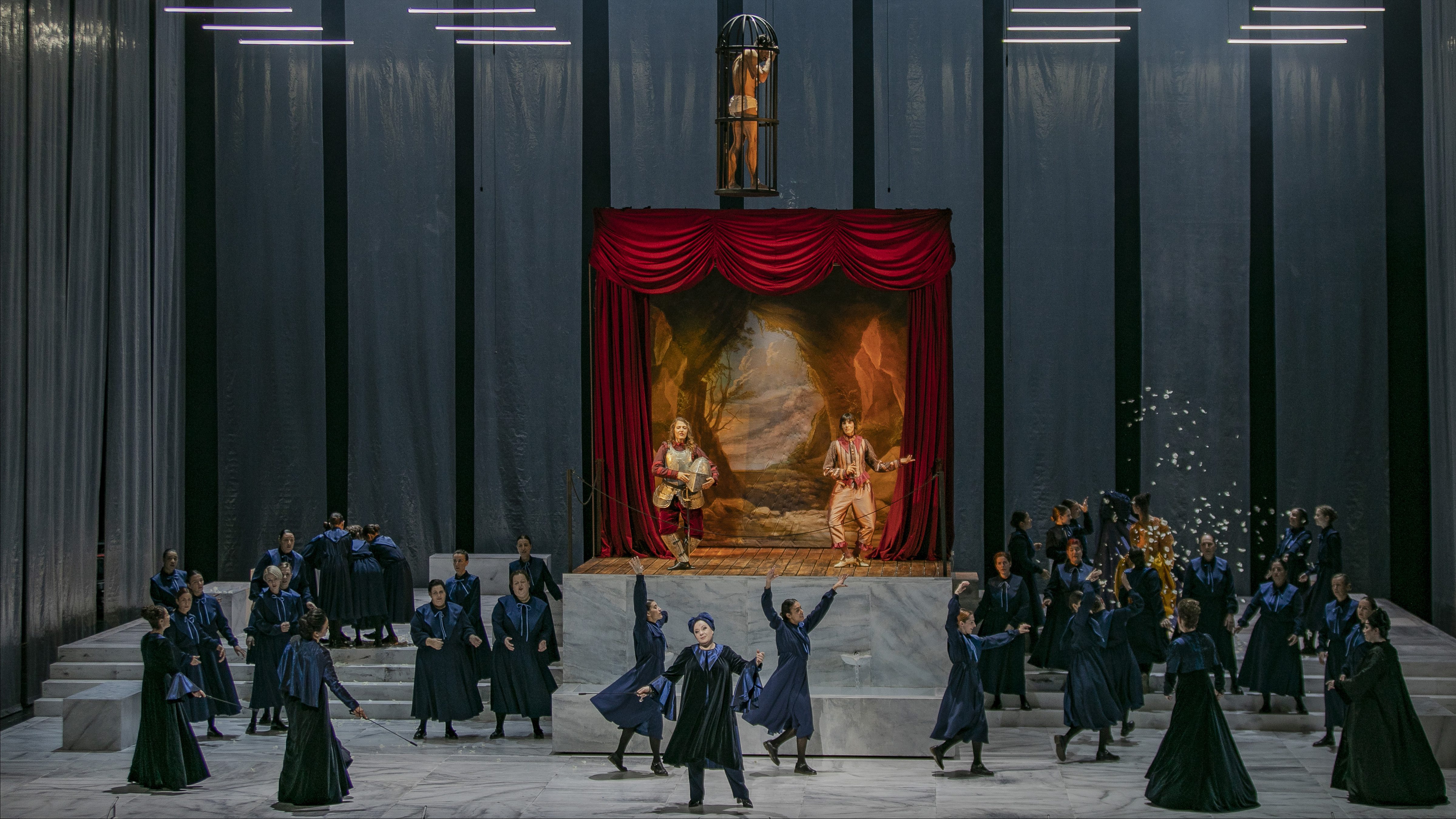 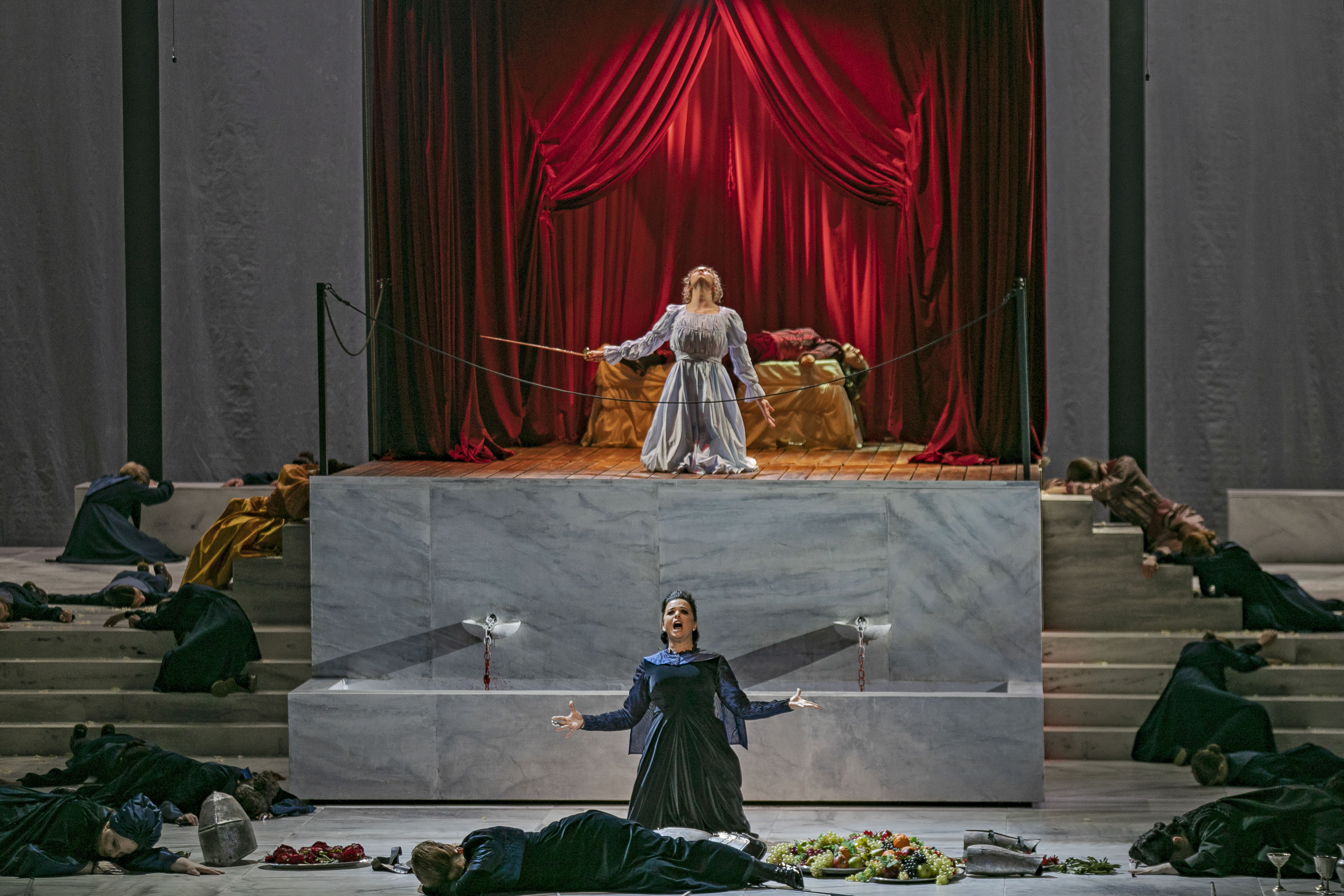 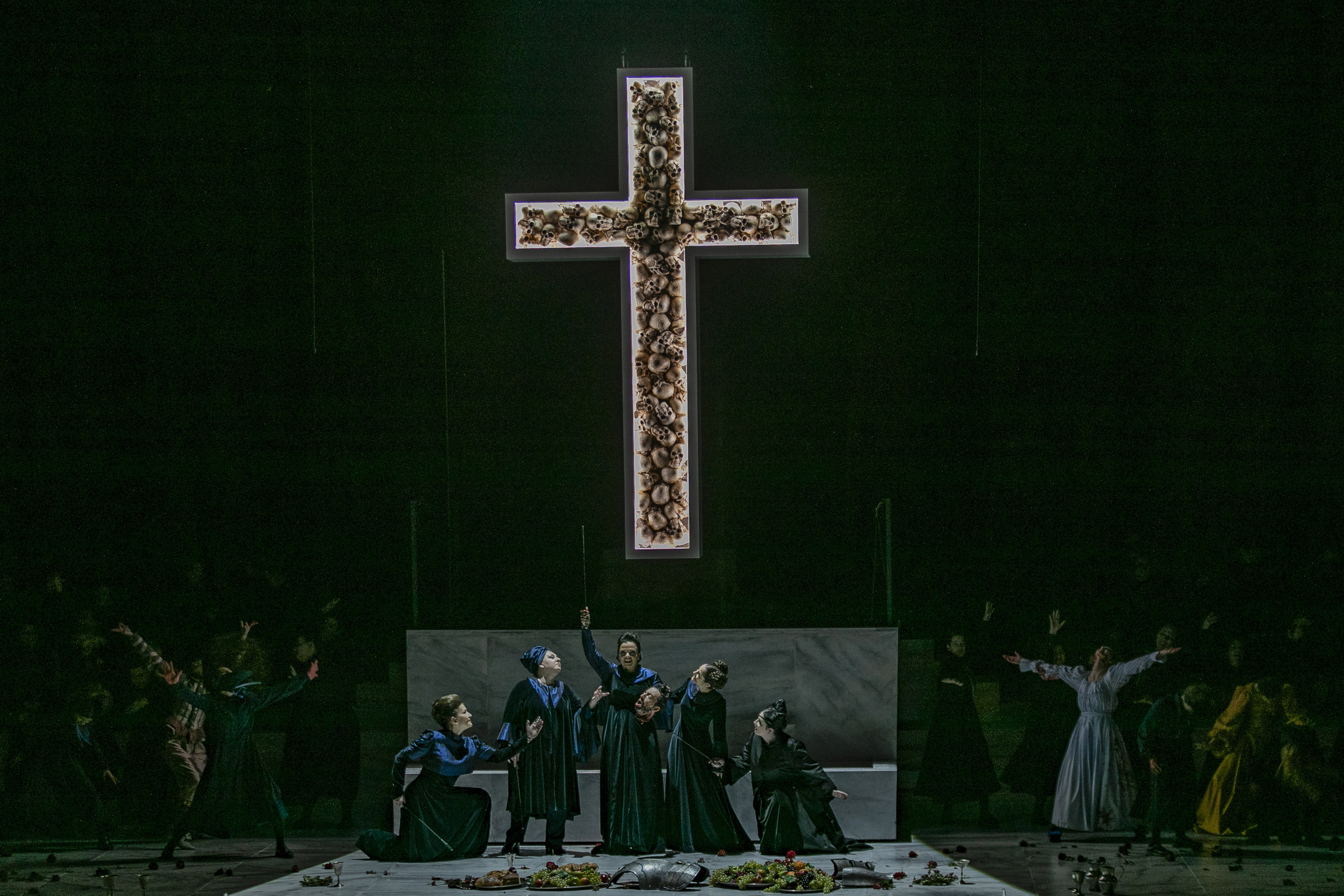