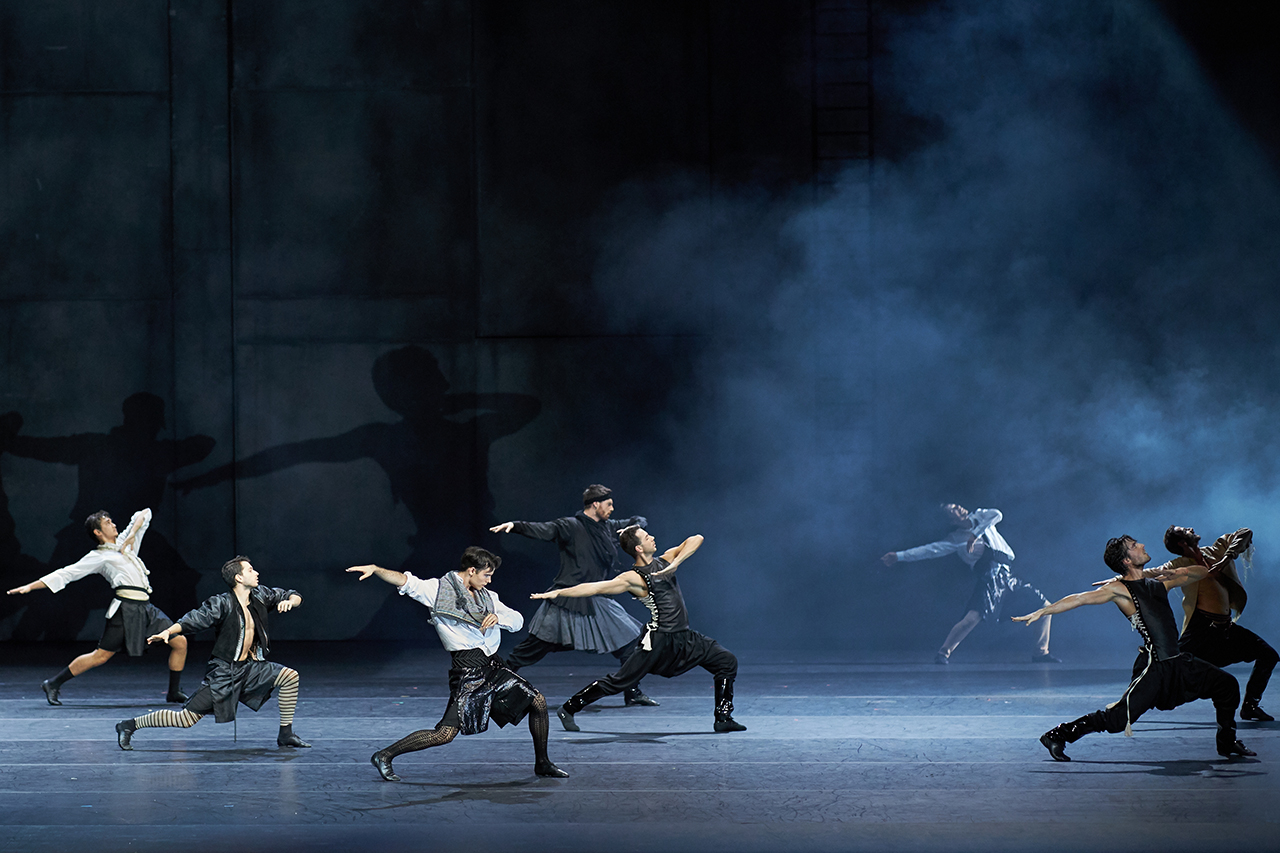 With the Principal Dancers, Soloists, Demi-Soloists and the Corps de ballet of the GNO

* Due to positive COVID-19 cases in the GNO Ballet, the production Dance With My Own Shadow will be presented only for two performances at the Odeon of Herodes Atticus, on 27 and 29 July.

Ticket holders who had purchased tickets for the performance of the 25th of July, which is cancelled, shall be contacted by the GNO Box Office and given the option to either transfer their tickets to another date or cancel them and receive a refund.

Dance With My Own Shadow

Manos Hadjidakis
As part of the Athens Festival

The Greek National Opera Ballet comes back to the Odeon of Herodes Atticus on 27 and 29 July 2021 for two unique performances of the exceptionally successful production Dance With My Own Shadow with music by Manos Hadjidakis and choreography by Konstantinos Rigos. The production is made possible by a grant from the Stavros Niarchos Foundation (SNF) [www.SNF.org] to enhance the Greek National Opera’s artistic outreach.

In Dance With My Own Shadow –a production that premiered in the GNO Stavros Niarchos Hall at the SNFCC in November 2019–, GNO Ballet Director Konstantinos Rigos choreographs four unique works by the great Manos Hadjidakis for the Greek National Opera Ballet. In the C.N.S. Cycle, the rough sea forms the setting for loss and pain, in Captain Michalis the humid southerly wind blowing at night “falls upon women like a man, and upon men like a woman”, in the Accursed Serpent Karagiozis’ figure stands out as a symbol of the timeless folk art, and in Gioconda’s Smile New York becomes the luxurious and noisy setting for loneliness and despair of modern life.

Few composers have defined the Greek musical landscape and modern Greek culture as much as Manos Hadjidakis. His quests and influences have led him to many and diversified paths. It wouldn’t be an overstatement to say that the fruits of his creative seed can be found in the four cardinal points of the horizon. This is the landscape that inspired Konstantinos Rigos’ new choreography, through which he shall make a journey across the four cardinal points of Hadjidakis’ oeuvre by incorporating an equal number of emblematic works into a single performance with interlocking parts.

The C.N.S. Cycle -a work for baritone and piano based on poetry by the composer himself, written in memory of the death of young Spanish Etienne Röhrich Moritz (1952)– symbolises the north, the abstract landscape of the “deserted beach”, death’s wasteland.

Captain Michalis -the music for the theatrical adaptation of Nikos Kazantzakis’s novel of the same title (1966)- symbolises the south, with the Mediterranean, dry landscape, the wind that romantically caresses people’s bodies, and the unrealistically over-sized Kazantzakis-man figure.

The Accursed Serpent -the ballet suite with two pianos composed for the Hellenic Choreodrama (1949)- is the east, a land of shadows and fairy tales, where the old and the new co-exist devouring one another.

Gioconda’s Smile -the landmark work about the postwar Greek creation (1965)- is the west, a study by the composer on the history of Western music, but also an exercise of personal compositional discipline.

In the world created by Konstantinos Rigos each cardinal point is also a room, each cardinal direction is contained within an interior space, where dancing becomes one with the music. “What is Dance With My Own Shadow? A dance with myself. An onstage confession of all of my life experiences, which I always carry within me”, notes Konstantinos Rigos, and adds: “Since my adolescence, Manos’ music and views have deeply influenced me. I never met him – I approached him some times, but there was always a distance between us. The distance you’re kept at by fear the moment you are standing in front of something great. Manos’ sensitivity, logic and political views have always motivated me to choreograph one of his works. Now the fear is gone, but the awe still remains. Since I now feel his work as a part of my own self, I now feel bold enough to touch it and turn it into a choreography. In Dance With My Own Shadow, my first attempt to ‘measure’ myself against Manos, but also against my teenage self, I create four rooms, one for each work, with windows looking at the world we live in or the one that exists in our imagination. Four spaces where the audience can create their own personal mythologies.” 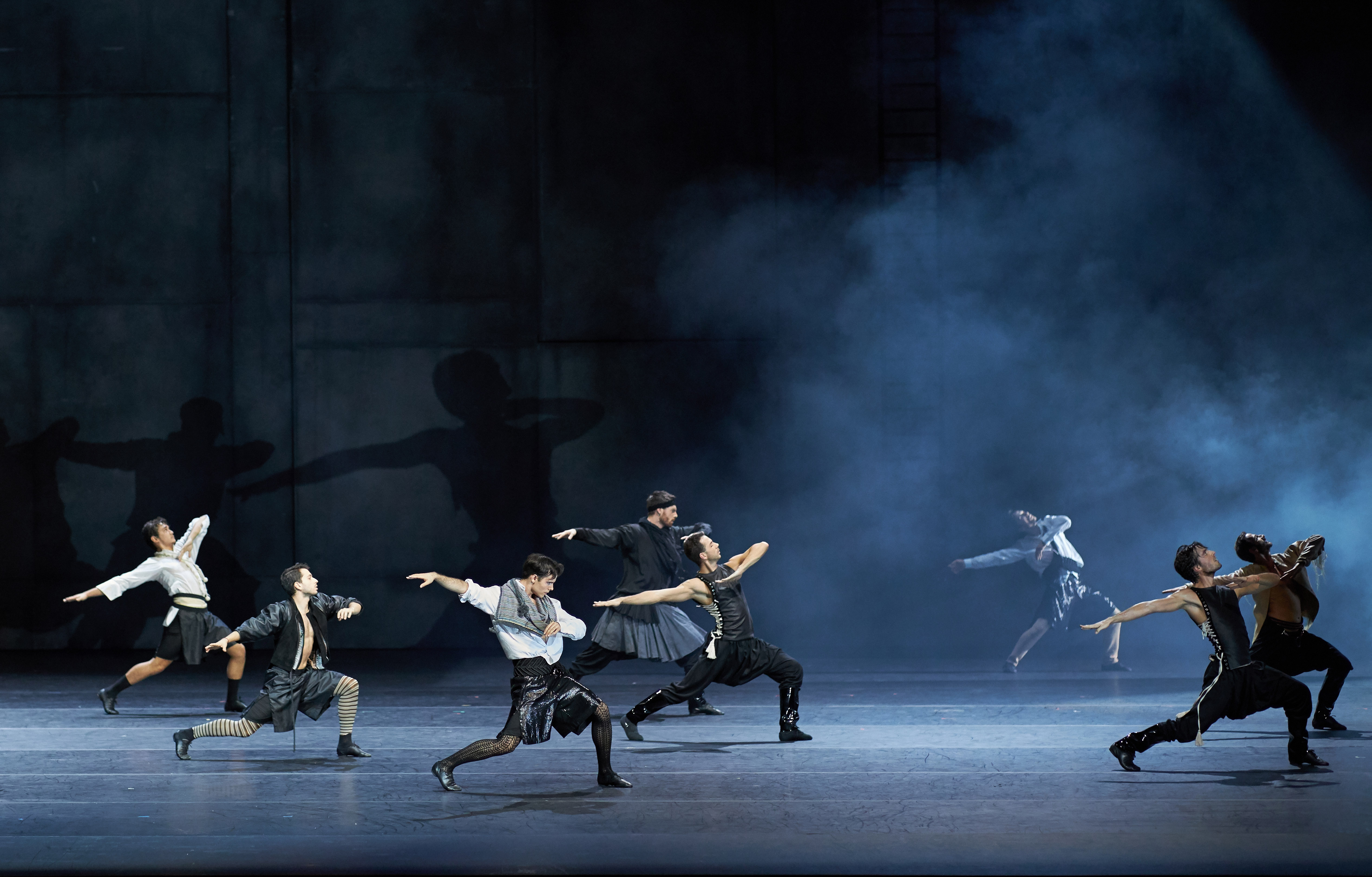 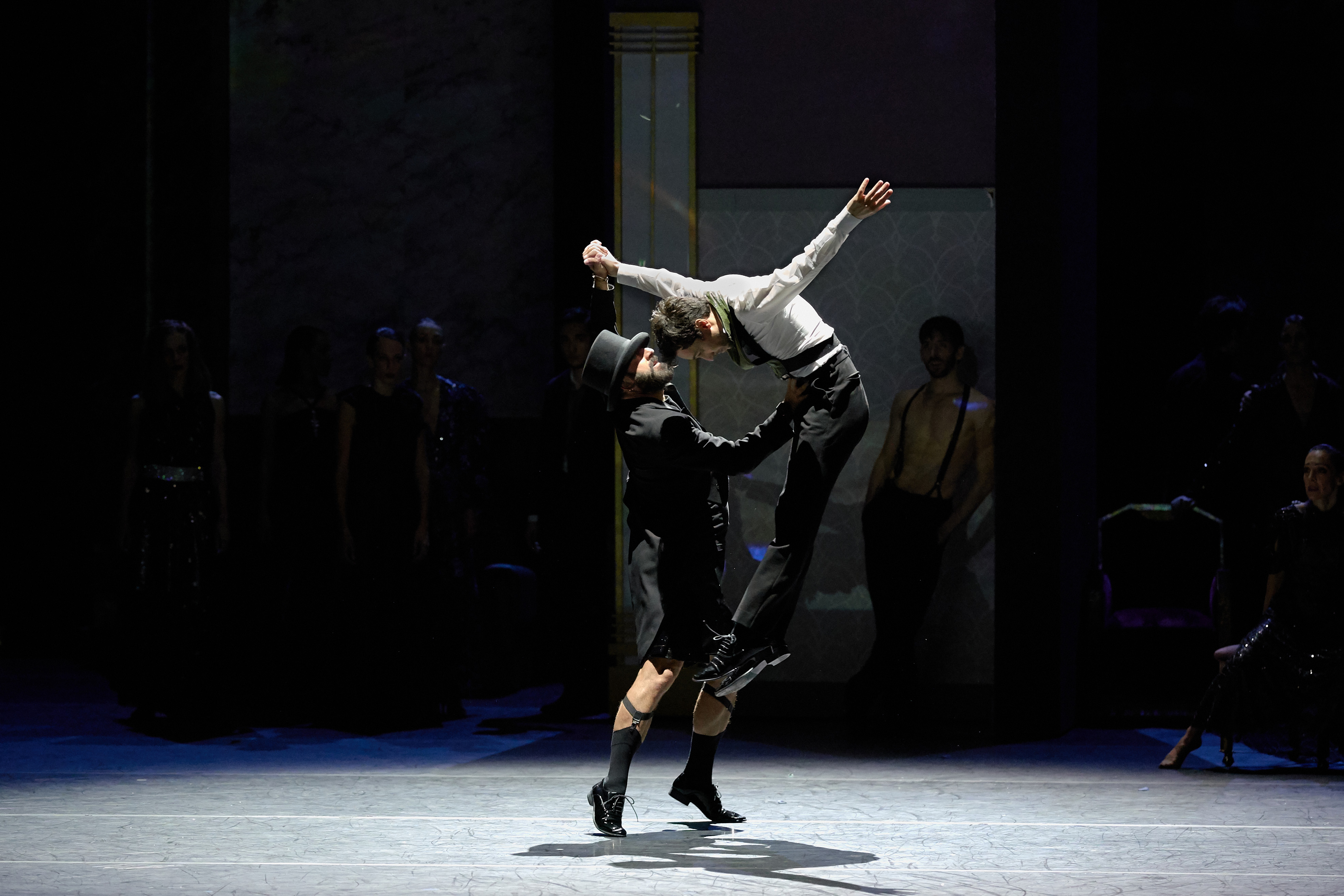 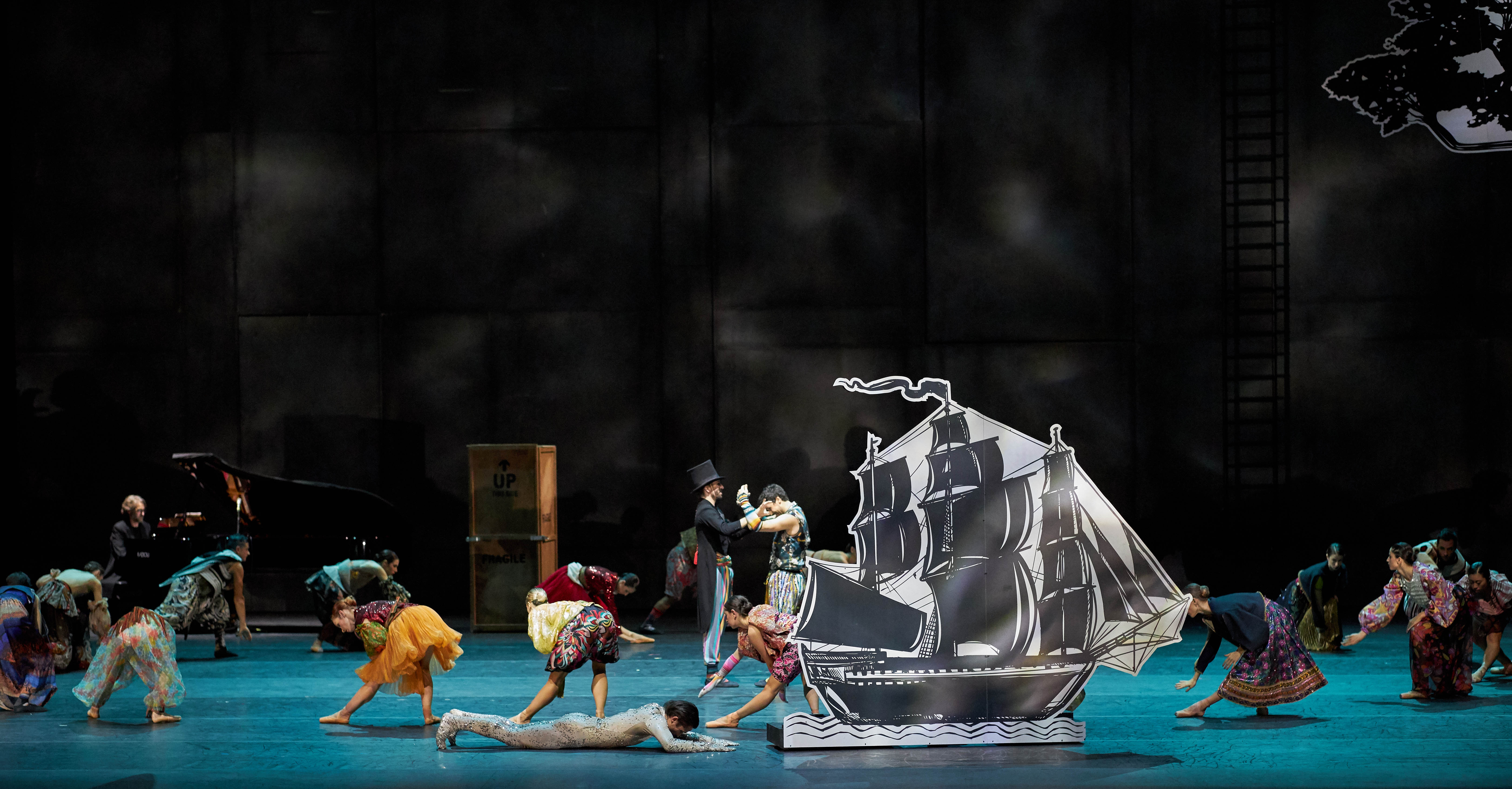