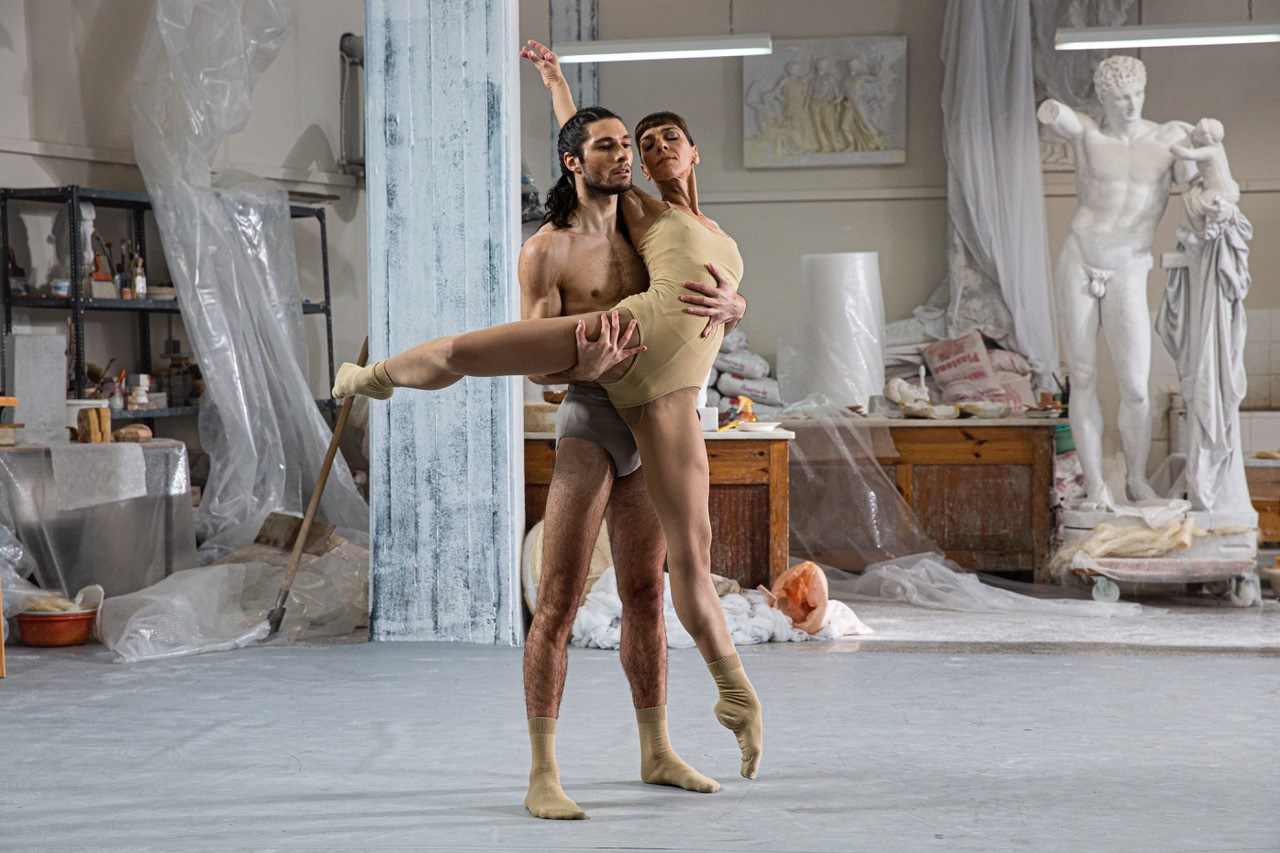 If I Die… She Said

If I Die… She Said

Dancer and choreographer Harry Koushos creates a choreography to Andreas Moustoukis’ musical composition titled If I Die… She Said in a workshop producing exact replicas of classical statues at the Fund of Archaeological Proceeds. The work features the choreographer pondering on mortality and eternity, while conversing with his own raw material, the human body, and the raw material of statues. A harmonious coexistence of the animate and the inanimate, a calm acceptance of the perishability of the body and materials, the perishability of civilisation itself. Members of the GNO Orchestra perform the music under the baton of Miltos Logiadis.

Dancing Cloud is a work dedicated to the memory of the distinguished principal dancer of the Greek National Opera Ballet Aleksandar (Sasha) Neskov, choreographed by Thanassis Solomos and set to music by the Greek anglophone band StarWound. Thanassis Solomos notes about the choreography: “”There are many moments that have been deeply engraved in our mind and soul. Journeys in time and space, paths that were different but converged at times, unite them creating a strong relationship. They are there! They move, they complete each other, they become one, they detach from each other and then become one again. The carve out with their bodies what unites them. Their marks are there and will remain indelible.“ Petros Bouras, the member of StarWound who wrote the lyrics, adds: “I was in Karpenisi when I heard about Sasha’s tragic loss. The spring there was in full bloom and in total contrast to the loss of such a remarkable and young man. The next day, Dancing Cloud was written - a fairy tale in which Sasha embraces Spring and they both dance together in heaven, but Spring, being the most ephemeral time of the year, abandons him, leaving him alone like a cloud. A year later, the fairy tale is brought to life…”

The Ballet of the Greek National Opera presents twelve new original and imaginative choreographies to works by Greek composers on GNO TV as part of the 5th GNO Online Festival titled Body, remember. The Festival, which is under the artistic directorship of Giorgos Koumendakis and artistically curated by Konstantinos Rigos,  will be streamed for free from 26 May to 22 June 2021 and will remain available to the public online for 30 days following its premiere. The Festival is made possible by a grant from the Stavros Niarchos Foundation (SNF) [www.SNF.org] to enhance the Greek National Opera’s artistic outreach.

The Director of the Greek National Opera Ballet Konstantinos Rigos notes: “The 5th GNO Online Festival titled Body, remember… is entirely dedicated to contemporary dance, with the GNO Ballet presenting twelve new choreographies to works by Greek composers. The dancers escape from the GNO Main Stage’s black box, although they might sometimes feel like something is holding them back, to discover new spaces, new senses, new steps; to express themselves in a different way in these short stories of dance; to gain thus a new experience and a literally new field of action. A cement room, an inspiring ballroom, a grassy yard or a remote beach, a corridor or a closed elevator are only some of the many spaces with which the dancers’ bodies - trapped or liberated- harmonise and which become part of a new narrative. We invite you to enjoy a journey where the body remembers…”.

* The Festival is named after C.P. Cavafys’ poem of the same title.