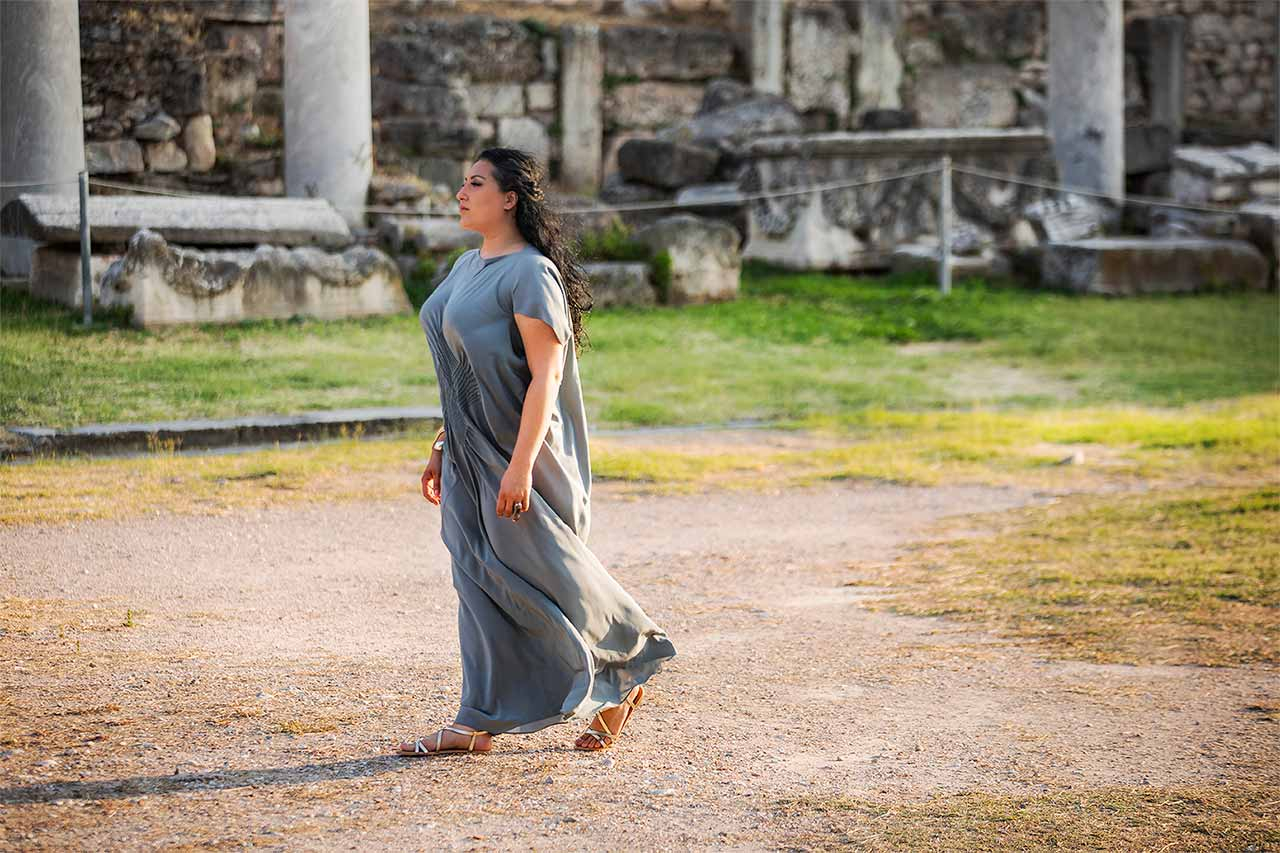 The Greek National Opera returns to action with a concert of high symbolism featuring the distinguished mezzo-soprano of our time Anita Rachvelishvili at a unique archaeological site on the foot of the Acropolis, the Roman Agora. Οn 18 July 2020,  the Greek National Opera will launch the events of Ministry of Culture and Sports’ new festival “All of Greece – one culture” with a rare operatic experience that will be streamed live around the world.

Anita Rachvelishvili, in the context of her close collaboration with the Greek National Opera, accepted with pleasure the proposal of GNO’s Artistic Director Giorgos Koumendakis to come to Athens and perform for free a recital that will signal worldwide the restart of cultural events in Greece, following the successful management of the coronavirus crisis. The Greek National Opera Orchestra will be conducted by Lukas Karytinos and the concert’s programme will include famous arias by Verdi, Cilea, Gounod, Saint-Saëns, Cherubini and Meyerbeer.

Anita Rachvelishvili is a true opera star and her every appearance is an extraordinary event exceeding the boundaries of the opera world. With her imposing and dynamic presence, a voice of impressive quality and size, and exceptionally careful repertoire choices, Rachvelishvili started her career in Georgia and in less than ten years she conquered the most prestigious opera houses and the greatest opera festivals across the world, receiving triumphant reviews from international media and standing ovations from opera audiences worldwide.

Her path to fame has something fabulous: At 25 years of age, while she was studying at the Academy of La Scala, Milan, she went through an audition for the role of Mercedes in Carmen, a production scheduled to inaugurate the prestigious Italian opera house’s 2009/10 season. Enthralled by her voice and presence, conductor Daniel Barenboim immediately cast her in the title role, partnered by Jonas Kaufmann. Her debut at La Scala made waves in the Italian audience, and through the TV streaming of the production Anita became overnight one of the most sought-after opera singers in the world. New York, Paris, London, Vienna, Berlin, Amsterdam, Munich, Chicago, San Francisco, Toronto, Verona, Rome, Salzburg are only some of the milestones of her impressive trajectory. And even though it was Carmen that opened the way for her, the highly taxing Verdian roles and the Russian repertoire that followed, established her on the most demanding stages and with the most celebrated maestros and directors in the world.

And though Riccardo Muti described her as “without doubt the best Verdi mezzo-soprano today on the planet” in an article in The New York Times titled “A young singer takes the opera world by storm”, an even greater recognition for Anita comes from her unique contact with the audience, that has not only appreciated her artistic genius but also the modesty of her character and her rare obsession with the comprehensive study and interpretation of the roles she performs.

In the limited space of the Roman Agora all safety and hygiene protocols will be followed and the few audience seats available will be given to heads of health units and government structures, who, through their tireless work and devotion, managed to turn Greece into a positive example of handling the health crisis.

For the thousands of friends of the GNO and Anita, the concert will be streamed live around the world on www.nationalopera.gr/en, digitalculture.gov.gr, GNO’s YouTube Channel and GNO’s Facebook page.

The live streaming is made possible by a grant from the Stavros Niarchos Foundation (SNF) [www.SNF.org] to enhance the Greek National Opera's artistic outreach

All of Greece, One culture

This summer the Greek National Opera presents a series of events at archaeological sites all over Greece. In response to the initiative of the Ministry of Culture and Sports to make use of the archaeological sites across the country during this difficult summer, the Greek National Opera participates in the new institution All of Greece, One culture with a series of events highlighting its multifaceted artistic mark, curated by Artistic Director Giorgos Koumendakis.

From 18 July to 15 September, 20 different music, opera, operetta and dance programmes and tributes will visit 70 archaeological sites, in a total of 111 performances. Under the unprecedented conditions we are all facing, the events will mark the return to the relationship between the artists and the audience, and will be held in compliance with the instructions and guidelines of the competent authorities.

In these 20 programmes proposed by the GNO and organized in 6 cycles, emphasis is given on the Greek music creation, from traditional songs to sophisticated music, including selections from opera and classical music that remain staples in the GNO repertory, while dance is also present through the participation of members of the GNO Ballet.