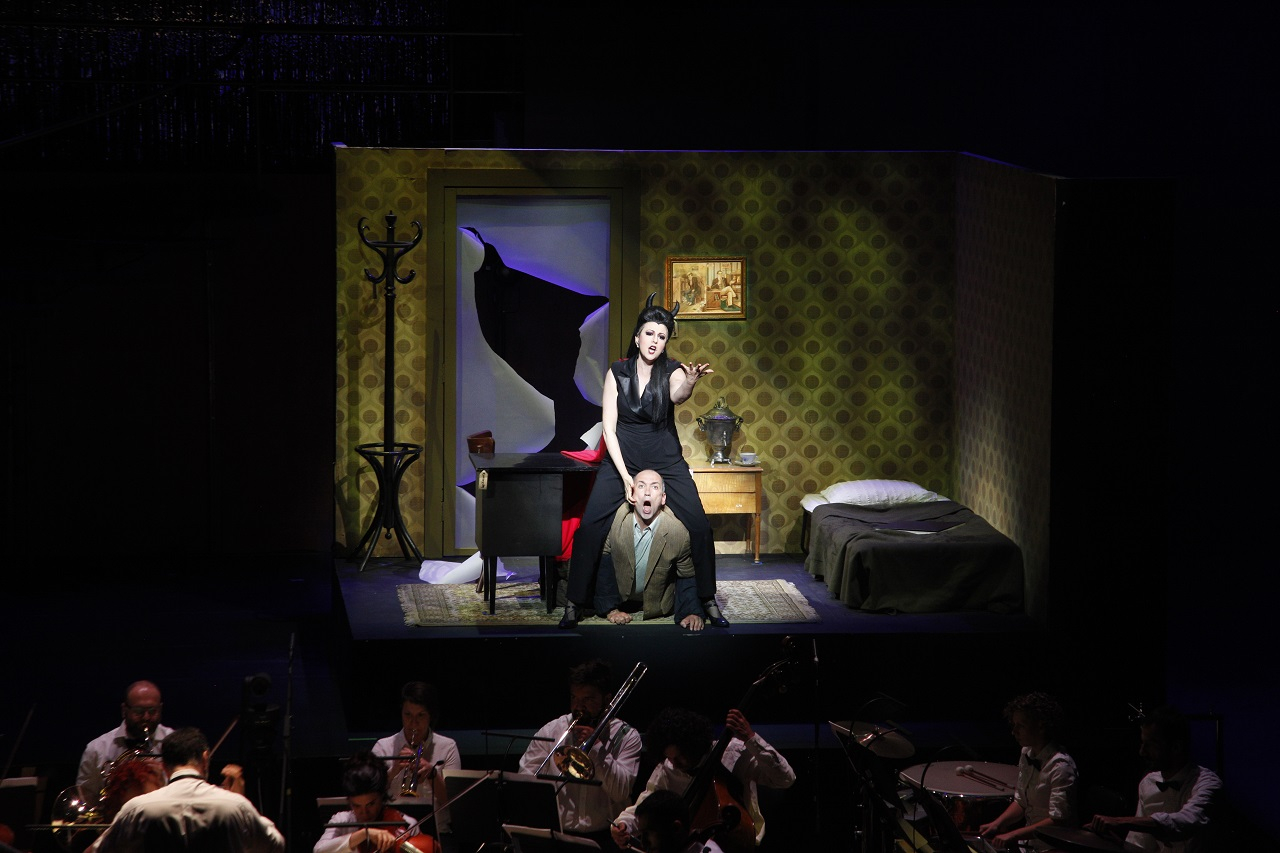 Satyric phantasmagoria in a prologue and two acts

March, 1930: the Great Depression had begun, the clouds over Europe were darkening. Three years before Hitler’s rise to power (and six years before Greek fascist dictator’s Ioannis Metaxas’ own coup), two new music theatre pieces were satirizing the tense climate of the era through sarcastic twisting of the form of the moralistic educational play. The better-known of the two, Rise and Fall of the City of Mahagonny by Bertolt Brecht and Kurt Weill, a cheeky satire of capitalism and commodiﬁed bourgeois opera, had its première in Leipzig on March 9, and has been branded a “classic” ever since. However, few remember that, three days earlier, on March 6, the “Mondial” Theatre of Athens premièred a Greek play no less biting, melodic and pitiless: Satanerie, a “satyric phantasmagoria” by Theofrastos Sakellaridis (1883-1950), the greatest composer of Greek operetta. A kind of perverse ﬂip-siding of Goethe’s Faust, Satanerie is a moralistic play that unashamedly declares… the superiority of Hell over the Christian Heaven and, as daringly and ironically as Mahagonny, sings the praises of modern amorality over traditional morality. Sakellaridis, on top form and adapting his own original idea, mixes romantic arias with folksongs, “rembetiko” songs, blues and foxtrots, satirizing the timeless impunity rampant in Greek society through the story of Andreas, a miserable and honest “everyman”, who chooses vice over virtue after receiving a personal guided tour to the hereafter by… Satan himself! It wouldn’t be an exaggeration to claim that, with the prophetic ﬁgure of the latter, Sakellaridis creates an early, paradigmatic type of the permissive, “anal” father (to use the psychoanalytic term), whom he juxtaposes to the God’s “old school”, prohibitory paternalism. What’s more, through his portraits of Heaven and Hell, Sakellaridis presciently (and with not a trace of stale moralism) renders the whole mutation of late capitalism from its traditional form, based on the ethic of sacriﬁce and symbolic prohibition, to its current version, based on individualism, consumption, pansexuality and the imperative of enjoyment… What happened, then, and Satanerie has since been forgotten, despite the “triumph”, “unbridled laughter” and “enthusiastic crowds” recorded by the press of the time? Nothing less than the total collapse of the reputation of Greek light music theatre of the interwar period, rejected by a post-WWII Greek society eager to forget its past… The Patras Music Theatre Workshop production is the ﬁrst modern revival of the work. 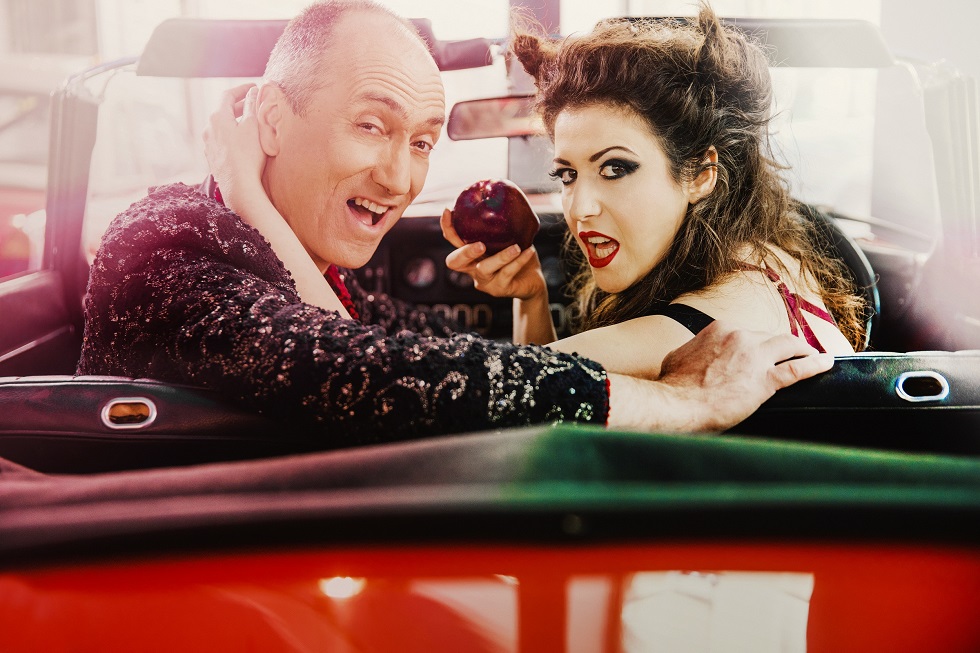 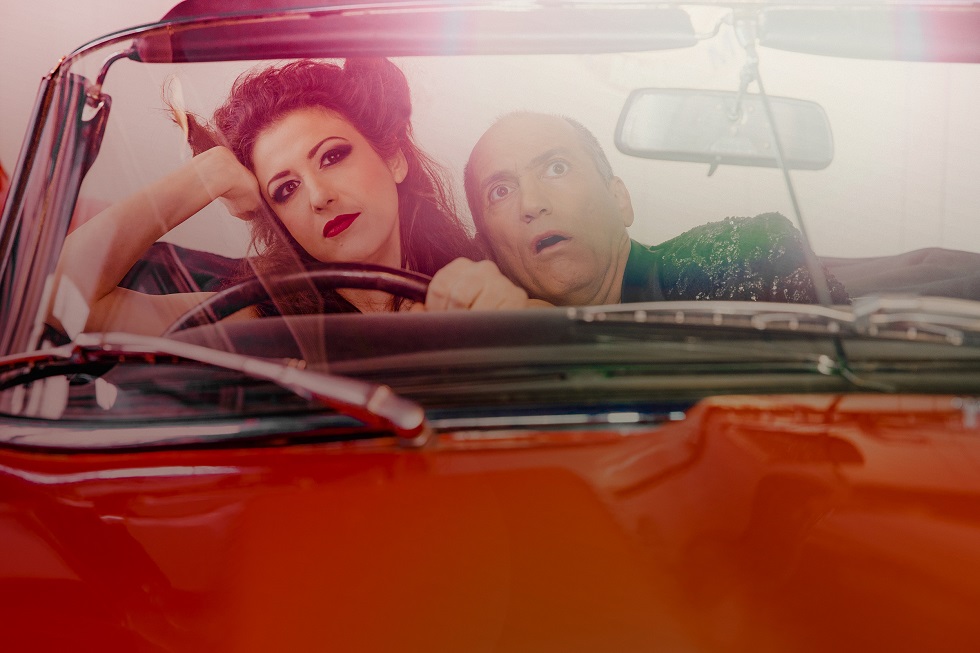