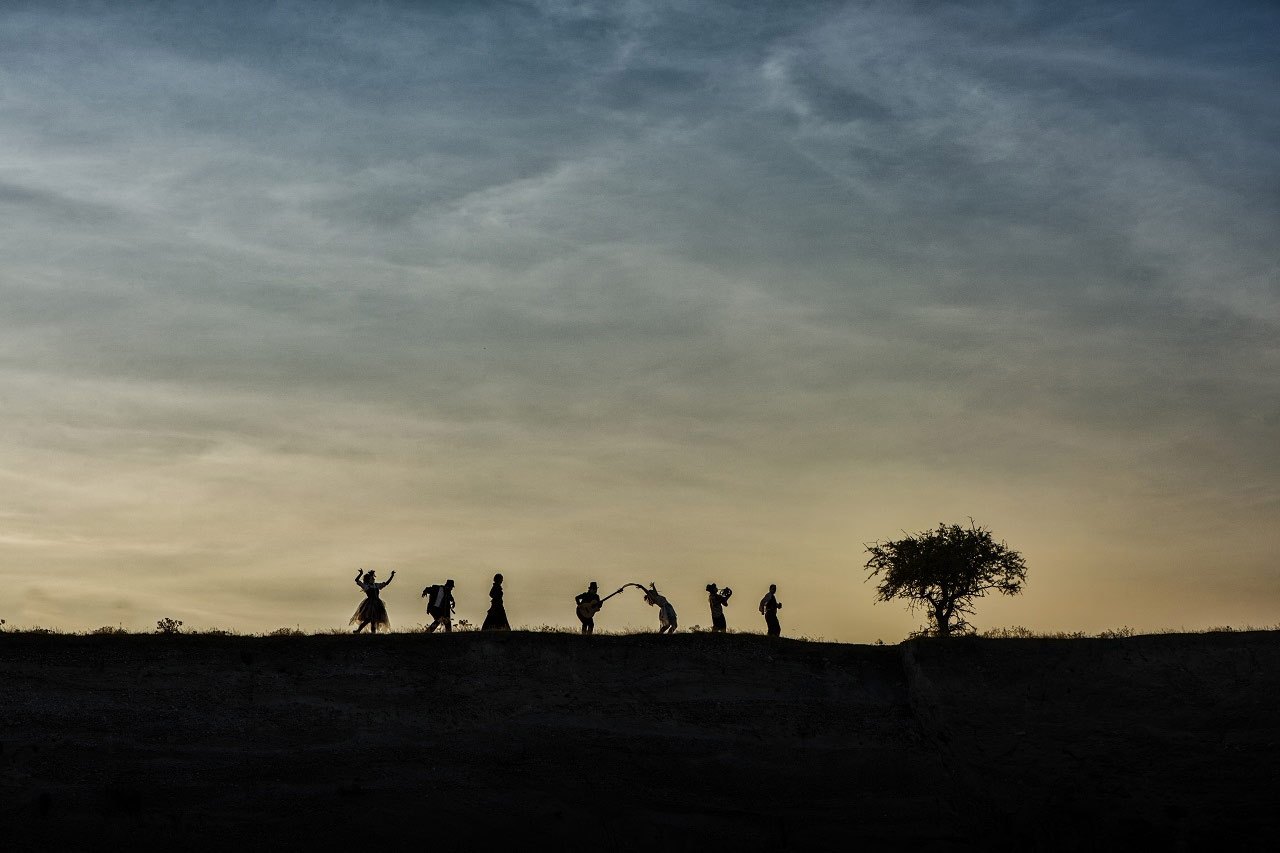 A co-production with S.Mou.Th. (Synergy of Music Theatre, Larissa)

A huge wedding dress and a nowhere-to-be-seen, mythic bride. A wedding celebration that turns into a carnivore carnival. A dreamy ceremony that evolves into a nightmare. These are the structural elements of Paramyfiko, the most emblematic production of the Larissa Synergy of Music Theatre, that was first presented in 2013 and is now revived in a more complete and renewed version, as a co-production with the Alternative Stage of the Greek National Opera.

The performance, which is the result of a month-long, collective research and creative process, is a stage composition that employs all musical theatre means of expression and places special emphasis on the visual effect, creating thus a theatre that triggers a free game of associations.
Behind the forms of the fairy tale, lyricism and allegory, Paramyfiko unfolds into a modern and ruthless social critique: the always present –yet never witnessed– bride in Paramyfiko may be a human being, as well as an idea, a belief or a situation. For the audience, it may be anything that is superficially praised and then discarded, a guilty truth or a convenient myth.