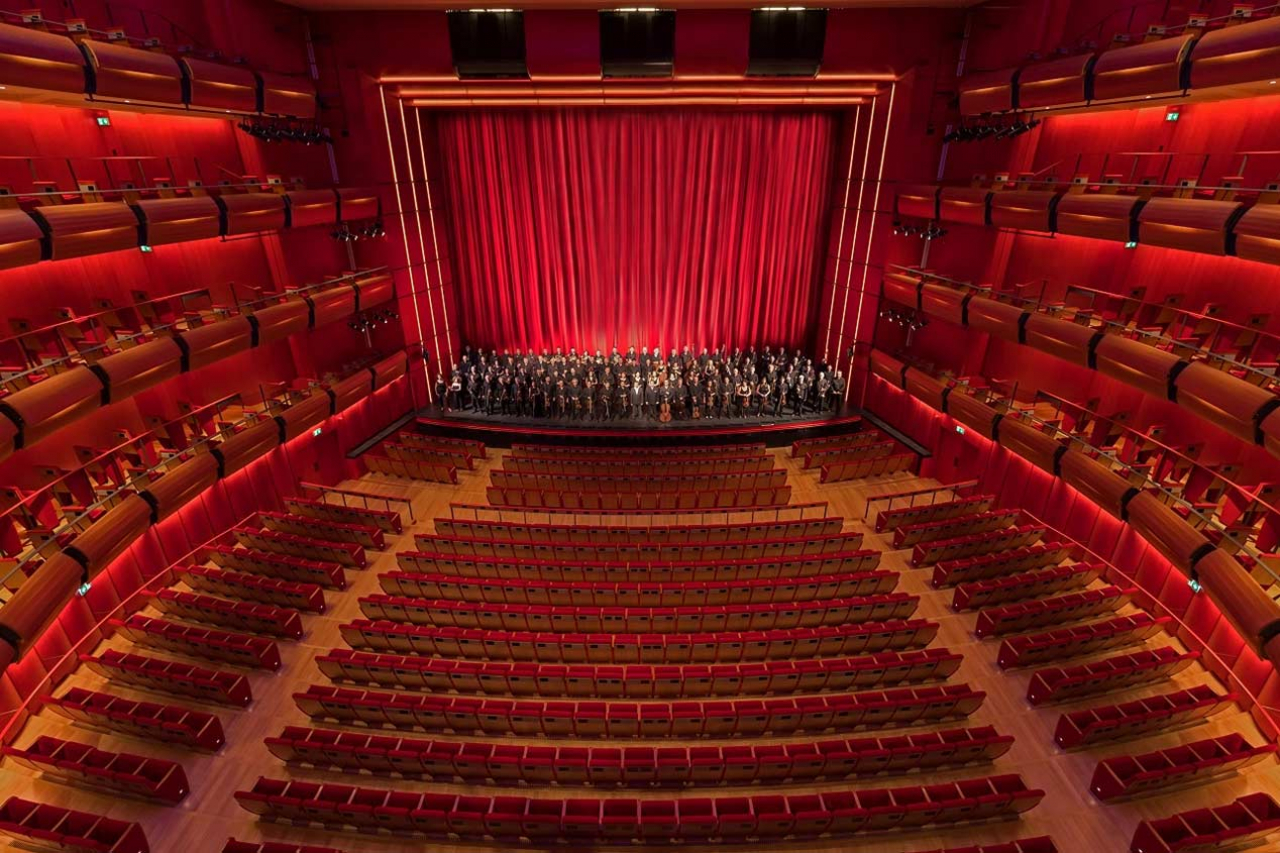 Gianfranco Mariotti, creator of the Rossini Opera Festival and President of the Committee in charge of the Celebration of the 150th year of Rossini's death, notes: "The celebrations for the one hundred and fiftieth anniversary of Rossini’s death are new ground for action in the international diffusion of this recovered patrimony. The basic conception is that Rossini is not only his music, but also his image, his myth, his influence on the musical culture of all ages, and he is also a source of revenue. This context has given birth to a varied range of events, involving towns of all countries: among these, naturally, is Greece, the cradle of Western culture. This Rossini Gala of ours, fruit of the collaboration between the Greek National Opera and the ROF, is not only a happy example of Italo-Hellenic collaboration, but it is also an initiative which has the right to be listed among the most significant of this Rossini year".

Antonio Gioachino Rossini was born in Pesaro in 1792. In 1806 he enrolled at the Accademia Filarmonica of Bologna, where, as a student, he composed his first opera. Success came soon: in 1812 his comic opera La pietra del paragone was performed at La Scala in Milan, while in 1813 two works, the serious Tancredi and the comic Italiana in Algeri, carried his name beyond the borders of the Italian peninsula. In 1814 he assumed the post of director for both of Naples’ most important opera houses, for which he penned some of his most important works. A number of these were composed especially for the singer Isabella Colbran, whom the composer married in 1822. Among these are Otello (1816), Armida (1817), Mosè in Egitto (1818), Ermione (1819), La donna del lago (1819), Maometto ΙΙ (1820) and Zelmira (1822). In 1822 Rossini travelled to Vienna where he met Beethoven. In 1824 he settled in Paris, where, in 1829, he staged Guillaume Tell, his very last opera. Rossini stopped writing for the stage and spent the last 39 years of his life composing mainly songs for voice and piano as well as sacred music. He died in Paris in 1868. His remains were taken to Florence in 1887.

In the 79 years of its history, the Greek National Opera has staged many of the composer's comic operas, among which Il barbiere di Siviglia, L'Italiana in Algeri, La Cenerentola and Le Comte Ory, as well as operas from Rossini's opera seria repertoire, such as Mosè in Egitto and L'assedio di Corinto, in productions that impressed due to their unique musical and staging approach.

As part of the Tempo Forte programme of the Italian Embassy in collaboration with the Greek and Italian Ministries of Culture.

Under the auspices of the President of the Hellenic Republic Mr. Prokopios Pavlopoulos.

Following the Ministry of Culture and Sports initiative, the Greek National Opera will donate all proceeds from the concert to the stricken by the Attica wildfires.