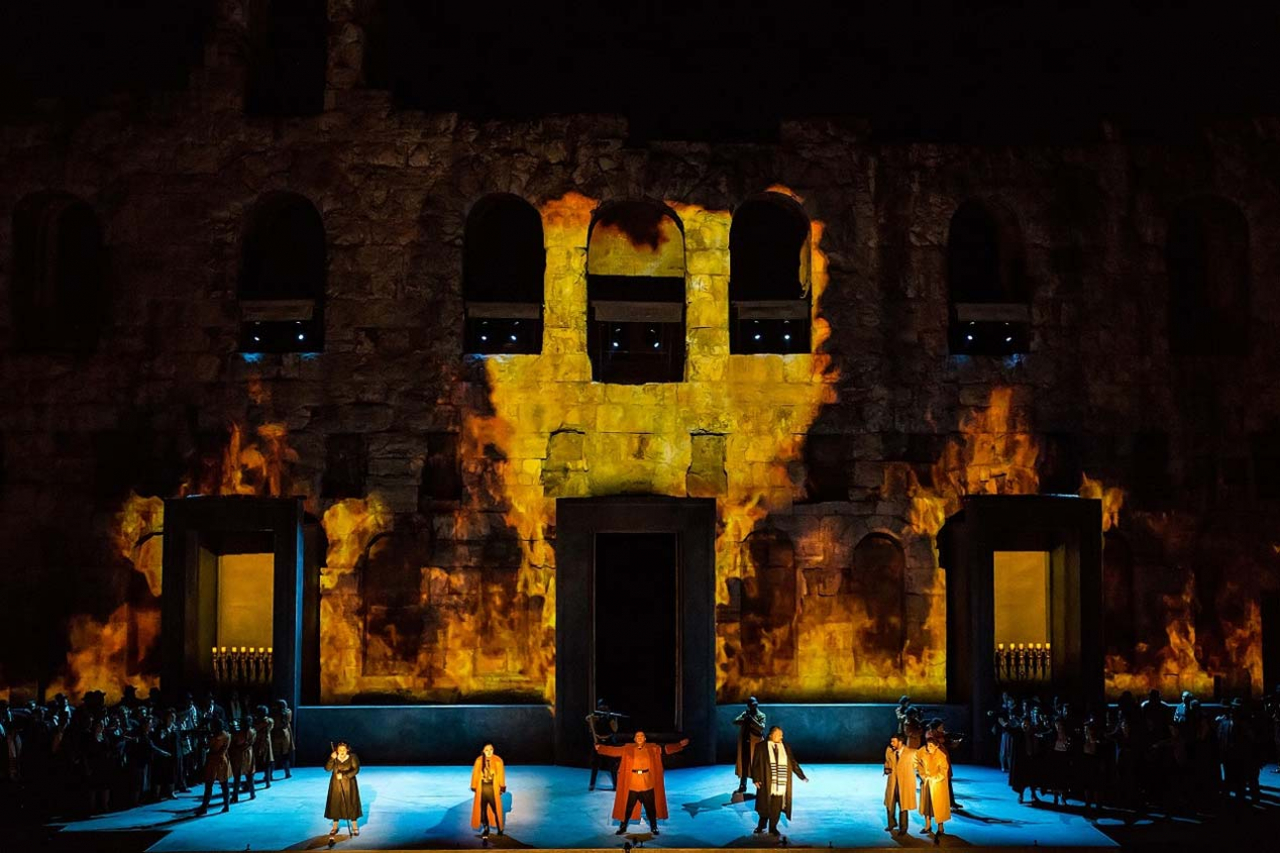 As part of the Athens Festival

With the Orchestra and Chorus of the Greek National Opera

The GNO brings Nabucco, one of Verdi’s most popular operas, back to the Odeon of Herodes Atticus. It is the work which showcased Verdi’s talents, ending a series of failures and a period of great sadness in the composer’s personal life.
The opera is best known for the famous “Chorus of the Jewish Slaves”, which serves as a sort of national anthem for the Italians, since it expresses the collective feeling of opposition to the Austrian conquerors.
In addition to the well-known chorus, the opera includes roles for baritones, sopranos and basses which are demanding both musically and in terms of stage presence.
In this new GNO production, the lead role is played by famous Greek baritone Dimitri Platanias, who has garnered praise for his performances as Nabucco at important theatres around the globe such as the London Royal Opera (Covent Garden), the Bavaria State Opera, the Florence Opera, Palau de les Arts Reina Sofia (Valencia) and the Stuttgart Opera to name a few.
Leo Muscato directs the work in his first collaboration with the GNO. Muscato is a rising Italian opera director with a penchant for the works of Verdi and Puccini, who has achieved great box office successes at Italy’s top opera houses (Rome, Venice, Florence, Turin, and others).