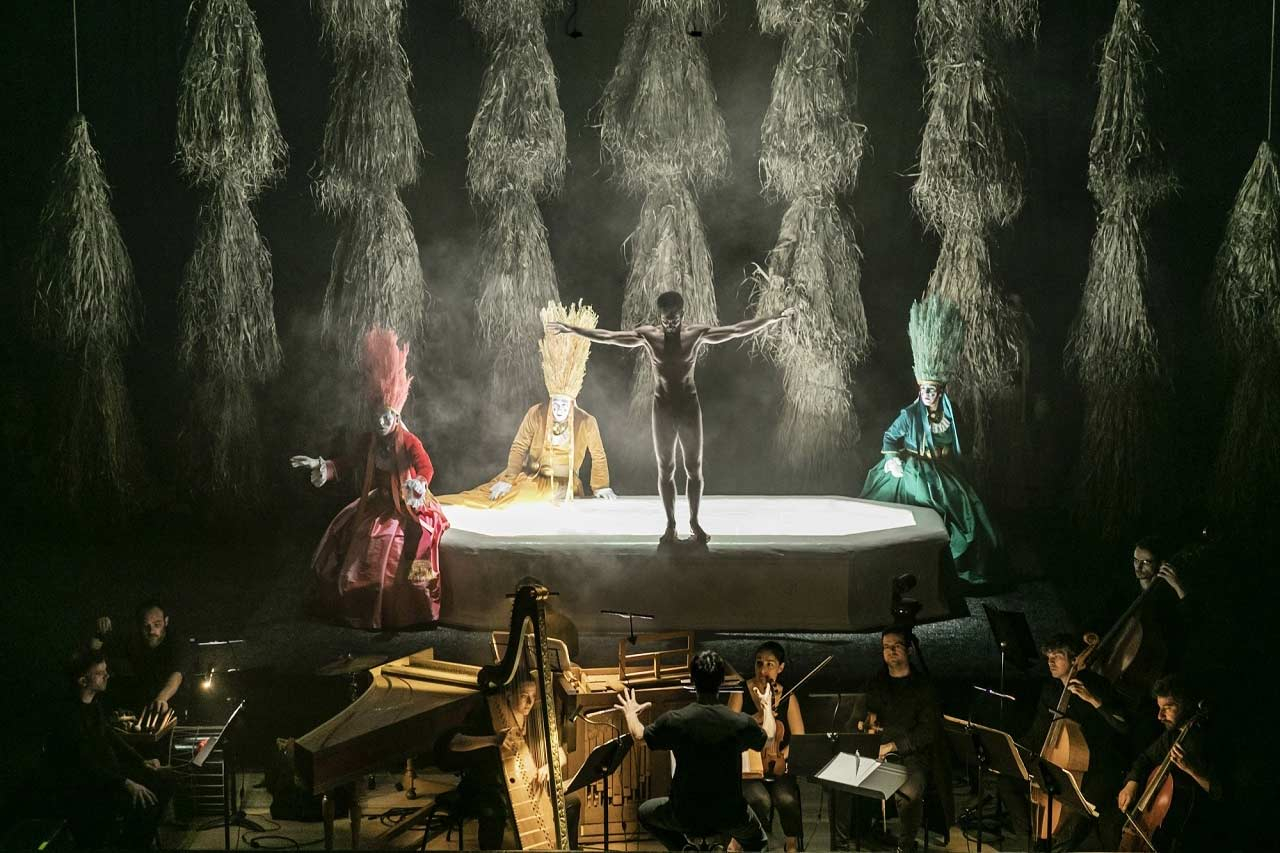 With the participation of the baroque music ensemble Latinitas Nostra

Over recent decades, major theaters worldwide have been including baroque opera productions in their repertoires, thereby filling an historical gap. The GNO’s Alternative Stage aims to make the baroque repertoire one of the key pillars of its activities, given that the Hall is ideal for the requirements of the genre in terms of size and acoustics.
The first work to enter the GNO Alternative Stage’s repertoire in the 2017-2018 season comes not from the Italian or French repertoire which dominated the baroque period, but from the singular English baroque. The Fairy Queen has been characterized as a semi-opera or masque, because in effect it is stage music written by England’s most important baroque composer, Henry Purcell (1659-1695) for an adaptation of Shakespeare’s Midsummer Night’s Dream written by Thomas Betterton, the most important Restoration playwright. Purcell’s work has little in common with Shakespeare’s since no verses from the playwright are there. However, it is an example of the music theater genius of the composer of Dido and Aeneas, and his rich imagination which brings life to allegorical forms and gives shape to the libretto’s loose plot.
Giannis Skourletis (along with bijoux de kant), a highly idiosyncratic director with a strongly baroque sense of aesthetics, was charged with directing and creating the visuals for Purcell’s fairytale. The work is conducted by Markellos Chryssicos.