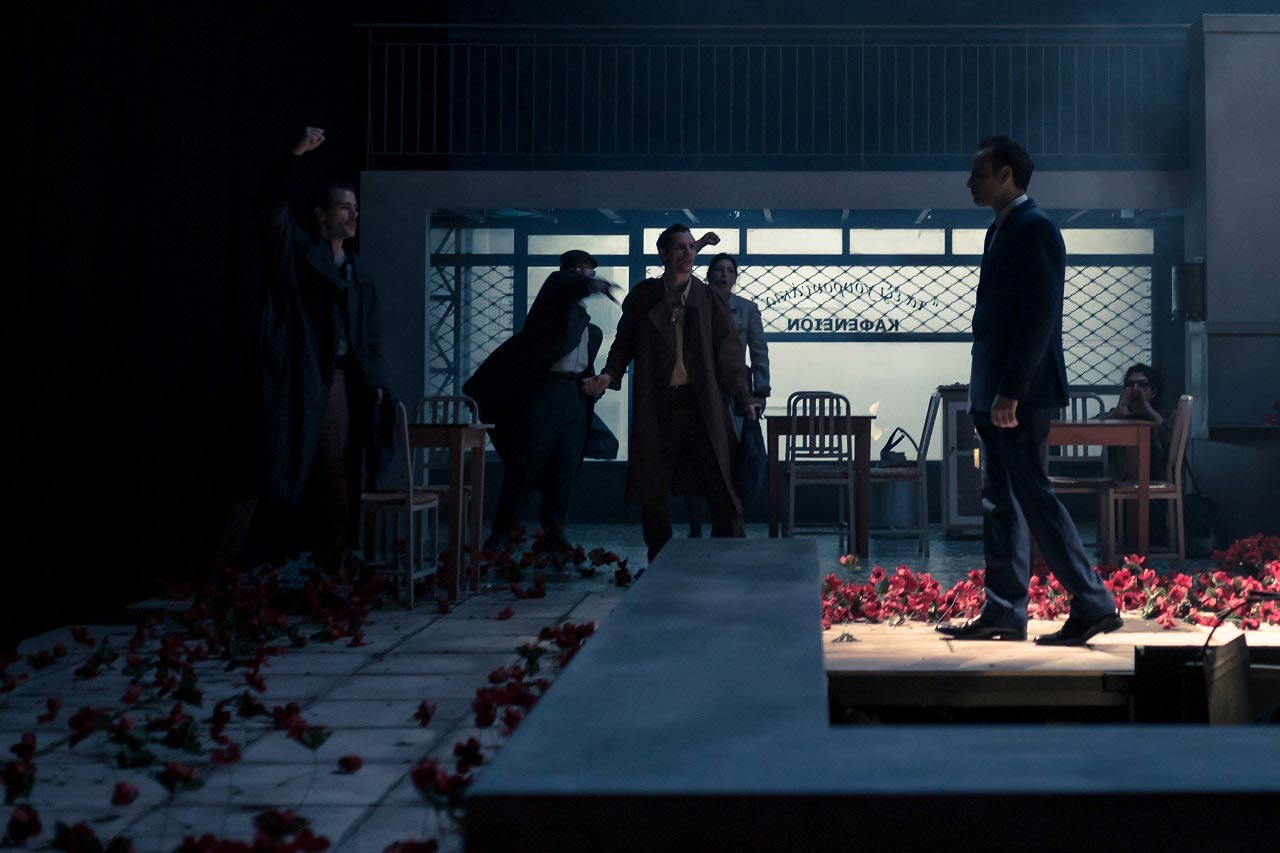 With the participation of the Ergon Ensemble

To create new music theater and opera works, those works need to be commissioned by a cultural organization simply because the development of any such new work entails an immense amount of preparation, carried out by a large team of creatives. One of the GNO Alternative Stage’s top priorities is to do just that; to commission new works. The first new opera commissioned by the Alternative Stage is from the renowned Greek composer Minas Borboudakis who works in Germany.
The works commissioned by the Alternative Stage will be based on pieces of modern Greek literature. We are starting with the novel Z by Vassilis Vassilikos which was a real hit in its day, and found international acclaim thanks to countless translations, and its adaptation for cinema by Costa Gavras. Referring to his own book, the author has dubbed it, “the imaginary documentary of a crime” that “obeys the laws of a work of fiction, but has its own sense of determinism and autonomy; except that none of it is made up. It is an accurate, responsible copy of reality”. One of the most important moments in Greece’s modern political history, which marked the decline into a long period of political turmoil that eventually culminated in the 7 year military regime period, was the murder of EDA (Left wing party) parliamentary deputy, Grigoris Lambrakis; that story now enters the opera repertoire with the dual aim of rekindling the public’s relationship with opera, and opera’s relationship with issues still unresolved in society’s collective conscience. Proving that opera can take a political stance, the Alternative Stage commissioned Z from a composer who has a string of major international successes to his name. Borboudakis has composed a chamber opera which explores the soundscape of the turbulent 1960s, based on a libretto by the writer Vangelis Hatzigiannidis. Referring to the work’s soundscape the composer said, “Motorbike engines, whispering women, distorted voices coming from megaphones, rocks banging against locked shutters, internal voices and rhythmic noise of train tracks take us back to soundscapes that unfold on two levels: the world of thought, and reality, raising the unanswerable question, Why?”. Taking Vassilikos’ labyrinthine novel as a starting point, but firmly believing that his libretto based on that material ought to be clearly more compact, Vangelis Hatzigiannidis, a prize-winning, oft-translated author, said ‘economy’ was his byword. “Economy in terms of roles, dialog, and information. But not economy when it comes to characters’ feelings or their inner thoughts”. Having worked out a common line of approach with Minas Borboudakis, they decided to place emphasis on the personal universe of the heroes and to give it an almost equal footing alongside the action and the police-like approach to the tale, balanced against the immense political impact of the events of that time. Hatzigiannidis has said that, “human nature, capable to such glorious and yet also such base things, seems hopelessly unchanged despite the decades that have passed”.