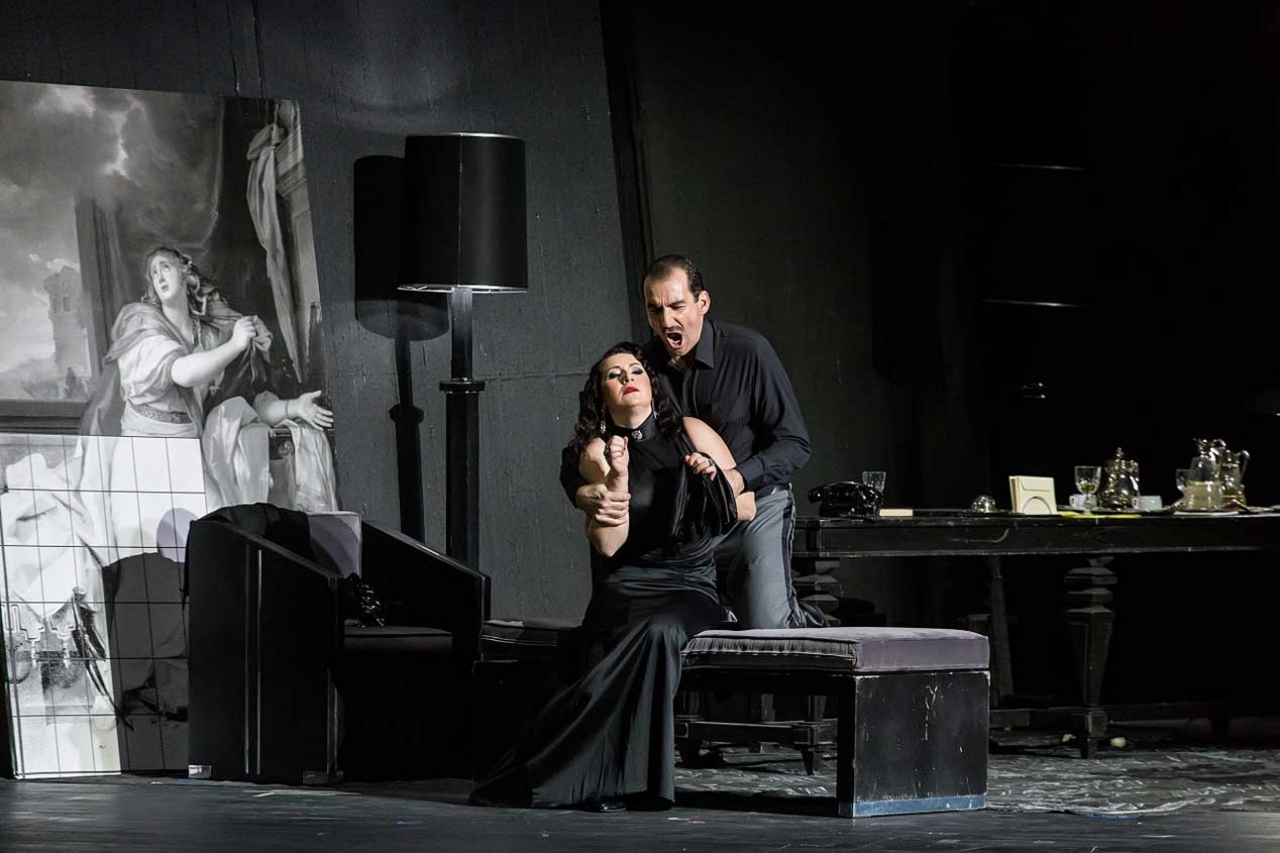 The production directed by Nikos Petropoulos in 2007 following an invitation from the GNO’s then artistic director, Stefanos Lazaridis, is back.
Set in World War II Rome, the performance emphasizes violence and sadism, allowing the work’s extremes of emotion to be expressed with even greater intensity. In Act II, the blackmailing of Tosca by the lustful officer Scarpa and the scene in which she murders him are almost thriller-like.
The production’s black and white styling, and the impressive lighting give the show the feel of a feature film, and make particular reference to Italian neorealist works.
Commenting on the production, Stefanos Lazaridis said, “the shift in the historical context doesn’t affect the opera’s main theme, which remains the emotions and desires of the three main characters. However, it does seek to bring to mind images very familiar to us all, from conditions which the older among us have experienced firsthand and the younger among us have read about from tales or seen in documentaries and films. Conditions right on the edge … which form the basis for the conflicts that Puccini’s opera addresses”.
Nikos Petropoulos’ version of Tosca returns to Athens as part of a tribute to the great Greek director and set designer, Stefanos Lazaridis, whose term as the Greek National Opera’s artistic director was a turning point in improving the quality of the organization’s operatic offerings.
Dimitris Tiliakos debuts in the role of Scarpia, while the title role with be performed by Cellia Costea.