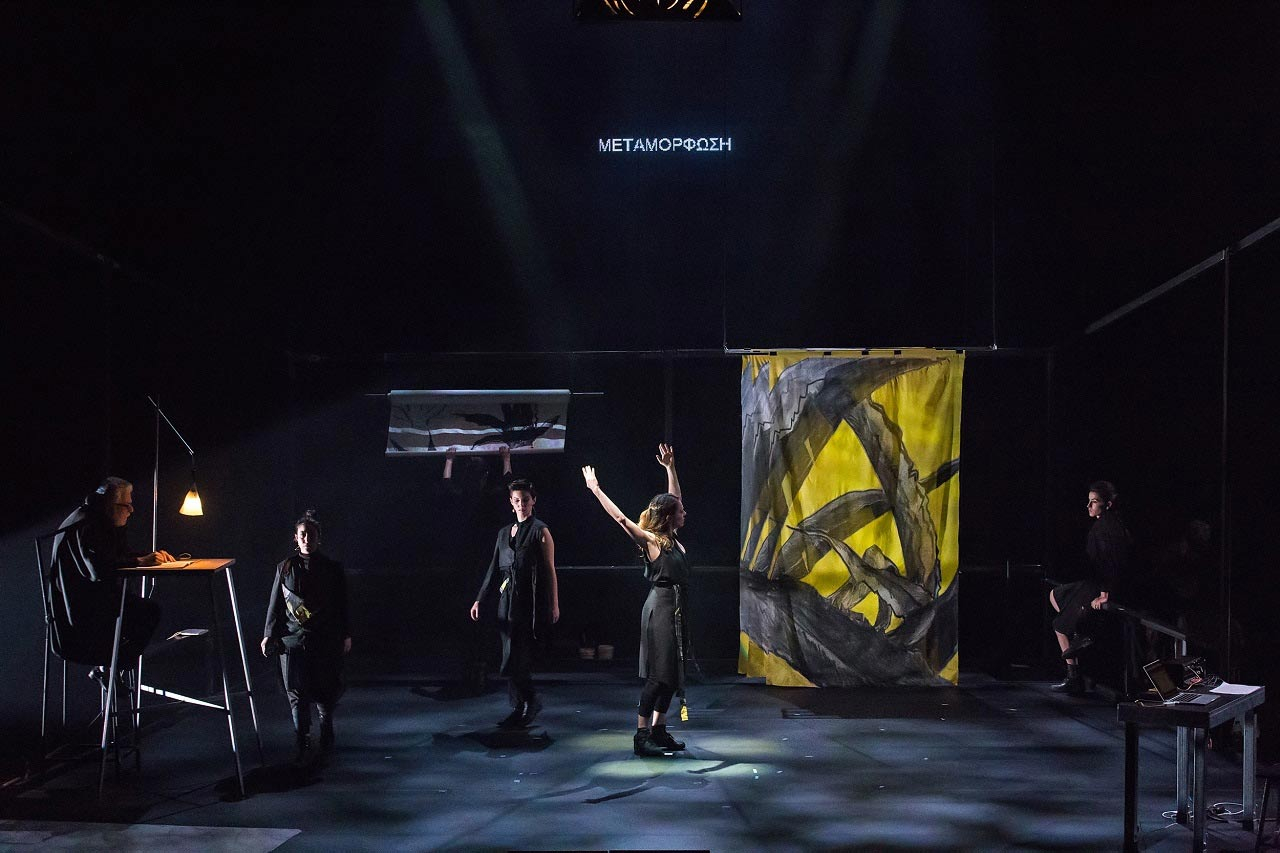 The performance focuses more on Orpheus than on the episode in his myth that relates to love and Eurydice. It is an existentialist reading/interpretation of the myth, in which Orpheus equates with man, and it views Orpheus as a global, universal, stereotypical mortal.
Man as a fragile, easily broken being, with full knowledge of his own status as such and of his own mortality, is also able to achieve spiritual, physical and emotional transcendence. He is both small and massive at the same time. In the figure of Orpheus, we see a mortal achieving transcendence (the descent to Hades) with the aim of overturning his human nature, and defeating death and the end. He pursues that goal armed with art, driven on by love. But is love as a memory (since Eurydice has died) and it is art as a need for expression and communication. The reason why he does not succeed in the end, and confirms Eurydice’s death by looking at her and thereby killing her again, is himself; his own nature, the fact that he is mortal with ‘mortal’ needs. That unavoidable mortality that makes us all small because of how we end is the very same strength that can make us massive, transcendent and can −in the final analysis− set us free.
The performance does not tell the tale from start to end but is divided into four scenes/vignettes (Mourning, The Descent into Hades, The look (Eurydice’s Second Death) and Orpheus’ Death) that explore death and our own end.