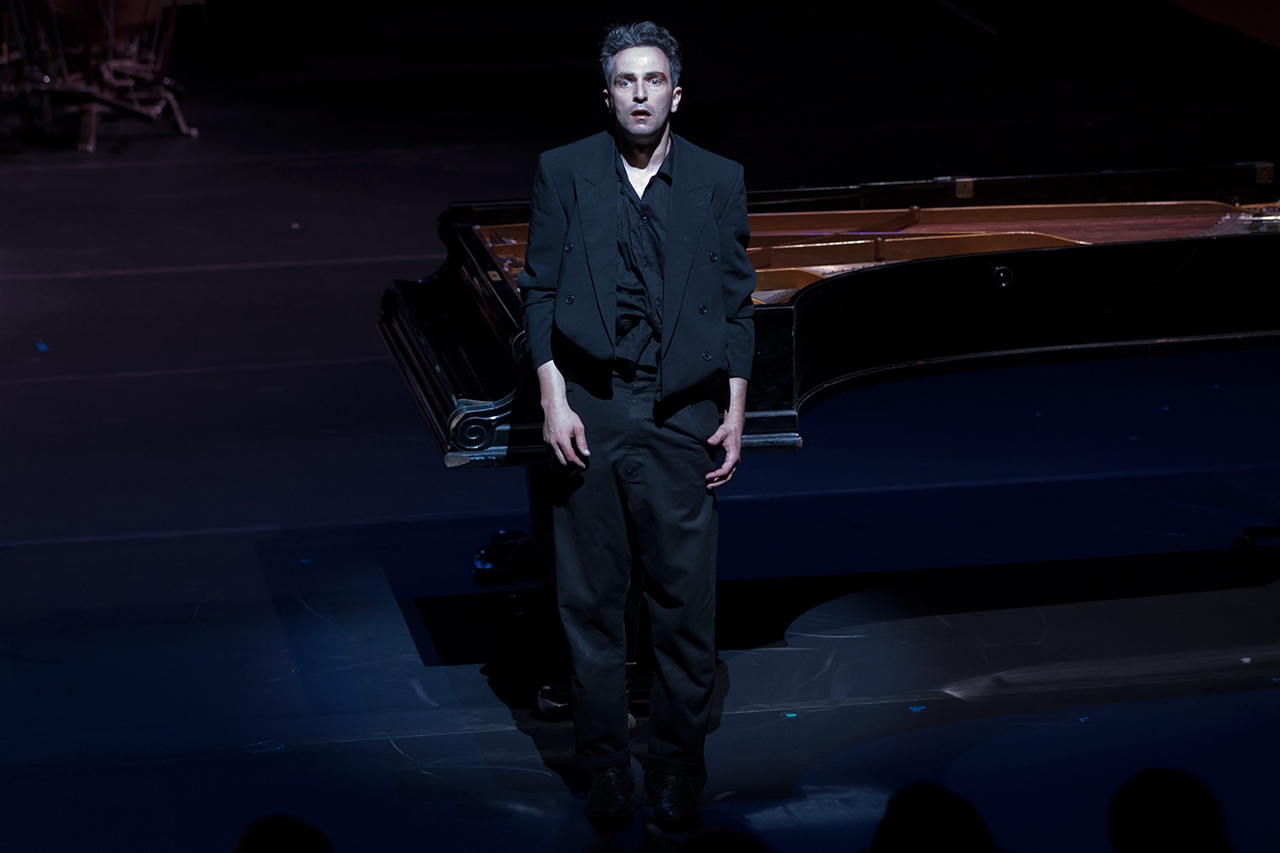 This performance, which inaugurated the GNO’s Alternative Stage amid great critical acclaim in June 2016, returns as part of the Music Theater Days festival. The program features three emblematic works from Greek music theater: The Strychnine Lady, Anaparastasis I: The baritone, and Anaparastasis III: The pianist. They are presented together as a triple bill to showcase the power of suggestion they exert on the audience, as well as Christou’s expressive range. The works feature the contemporary music ensemble dissonArt and the Athens Symphony Youth Orchestra, conducted by Vladimiros Symeonidis. Alexandros Efklidis is the director. The roles of pianist and baritone are performed by outstanding actors Aris Servetallis and Akylas Karazisis, while the Strychnine Lady is performed by Thessaloniki State Symphony Orchestra violinist Greta Papa.