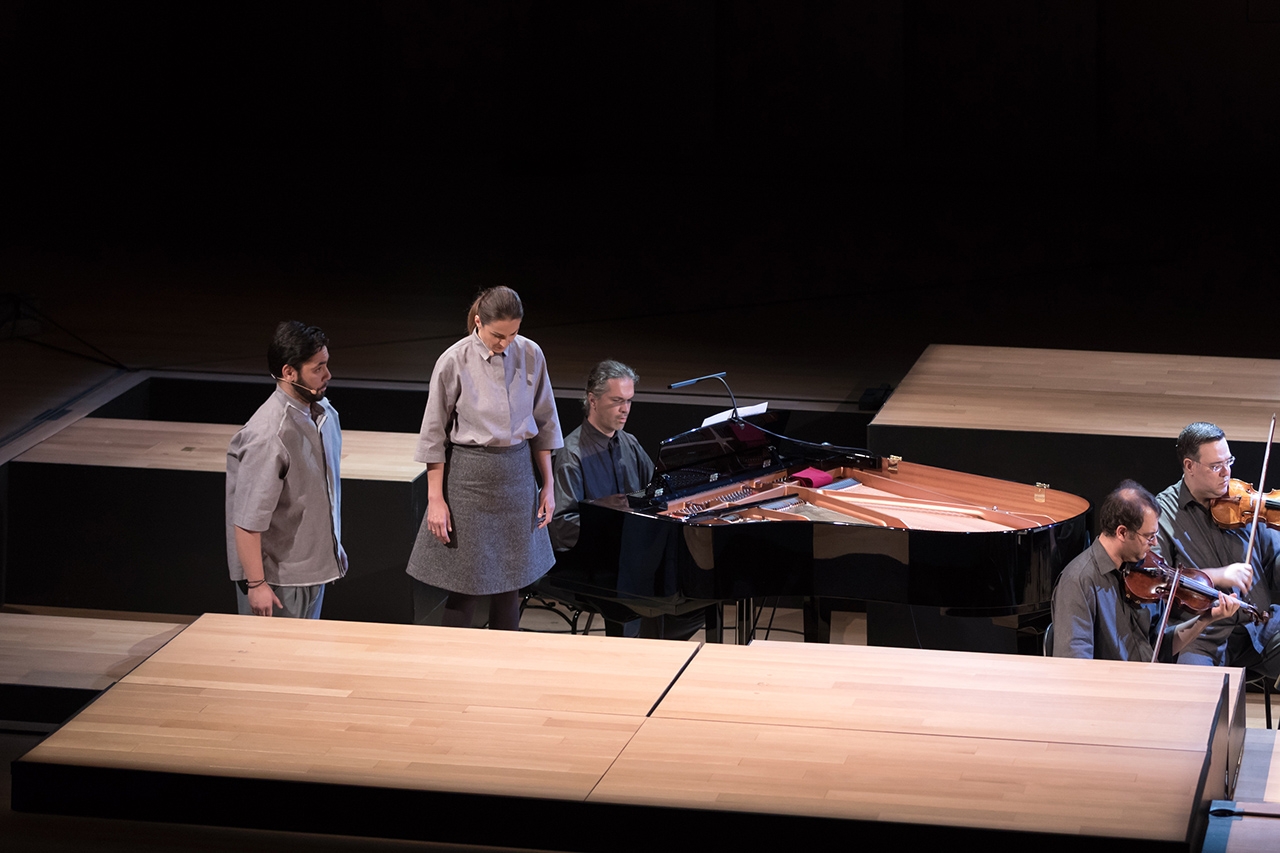 Giorgos Koumendakis, The day will come…

Giorgos Koumendakis’ work The Day Will Come... borrows verses from Homer’s two epic poems, the Iliad and the Odyssey and follows the form of the original Renaissance opera. Written in 1986 following a commission from the Municipality of Heraklion Crete, the opera was then performed in Heraklion, Oslo and Berlin. The subtitle of the score reads ‘imitation of an action in seven episodes’. A succession of images, linked in musical terms but with only a loose dramatic connection, present moments from the life of one individual. The story transports us back to the last days of Troy, portraying the enigmatic figure of Helen in a male world of war, death and impending destruction. The key episode comes from rhapsody 4 from the Iliad: Menelaus and Helen recount the scene to Telemachus to extol his father’s genius: When the Trojan Horse was brought into Troy only Helen realized the Achaeans’ artifice. Perhaps guided by some spirit, she began to hover round the wooden horse and call out to the Achaeans concealed inside by impersonating the voices of their wives. Almost tricked into giving themselves away, they were saved by Odysseus’ calm (extract from Victor Ardittis’ foreword to the published version of the work). Zoe Tsokanou conducts Ergon Ensemble in this new staging of the work. The work is directed by Ektoras Lygizos, renowned for his idiosyncratic creations for theater and cinema. Petros Touloudis is in charge of the installation at the Alternative Stage’s premises.

As part of the Summer Nostos Festival. Admission is free upon priority vouchers distributed one hour prior to the performance at the GNO lobby.