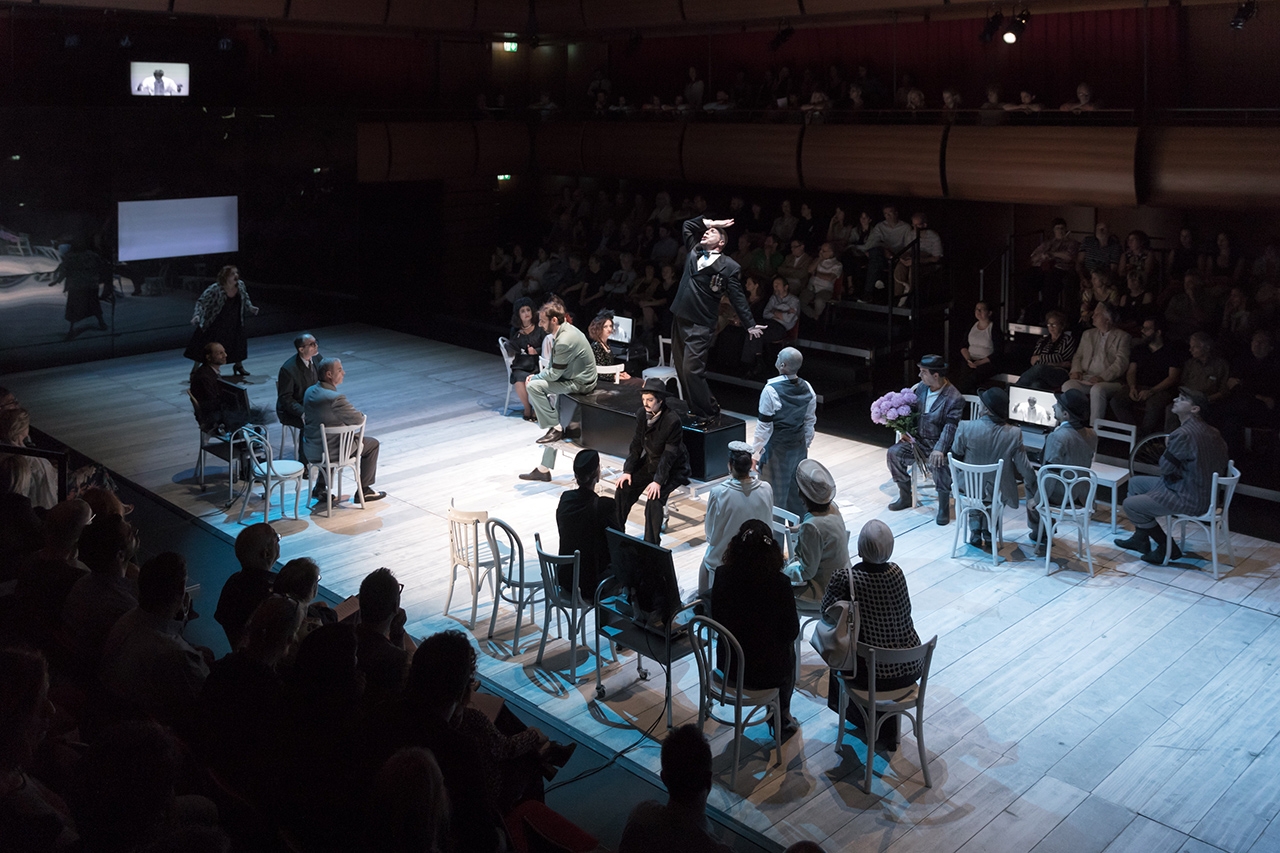 Argyris Kounadis’ (1924-2011) chamber opera The gum coffin, based on Vasilis Ziogas' theatrical play, who also wrote the libretto, was first staged in Bonn in 1968. It is a surreal “black comedy” with grotesque elements, characterized by Kounadis’ demanding musical style. The work, widely counted among the composer’s top works, has never been performed in Greece and this specific version is in fact a worldwide premiere. Victor Ardittis, a director with a significant career in music theater, directs the work which is performed with the contemporary music ensemble Ergon Ensemble and the ERT Chorus. Nikos Vassiliou conducts the opera.