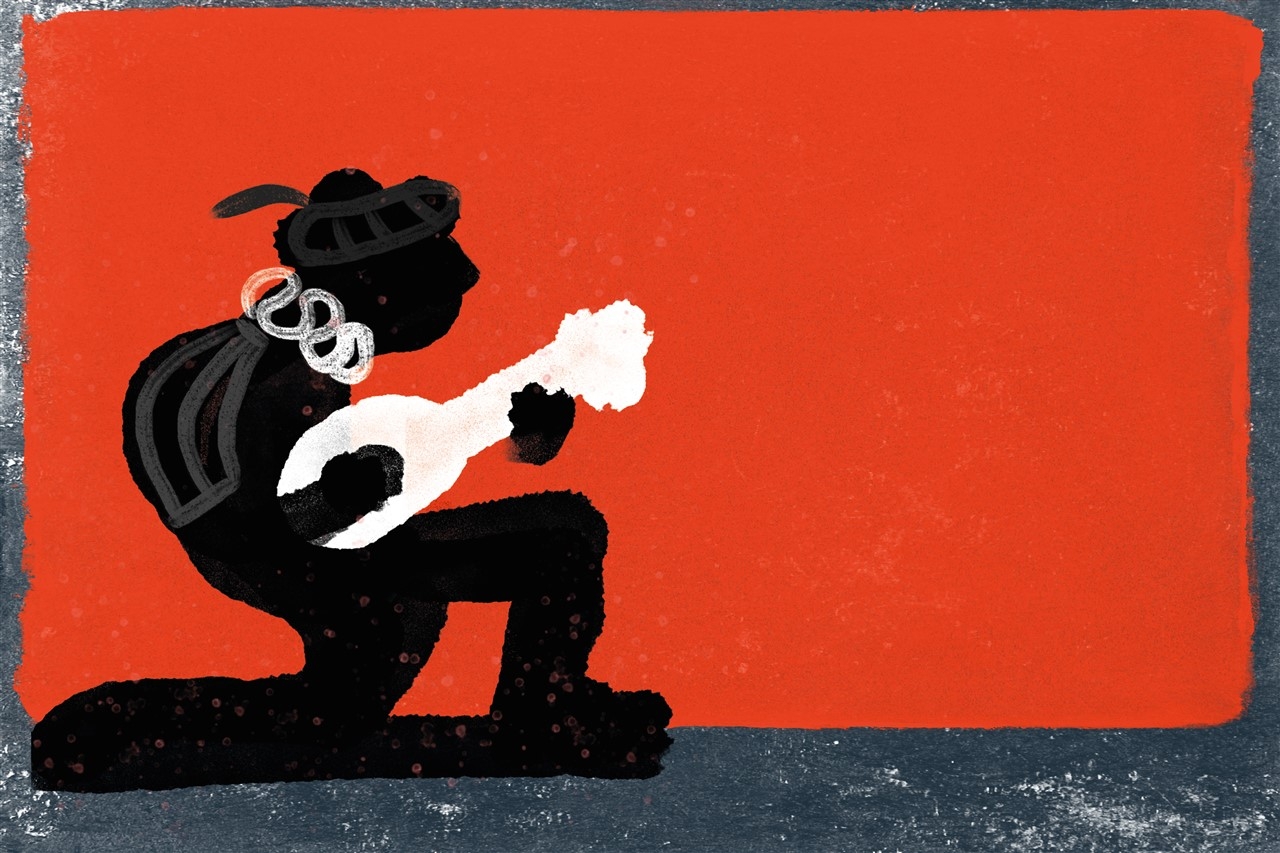 With the participation of a nine-member music ensemble

The GNO’s Alternative Stage takes an unbiased approach to music theater. Far from being exclusively focused on modern music which is aimed at a niche crowd, its approach to modern creative output is that there should be no conditions laid down in advance. All light music theater genres –which have a long history in Greece one should point out– have an equal place in its program.
Dimitris Maramis is a well-known composer from the Greek art song genre, and Erotokritos is the first musical commissioned by the GNO’s Alternative Stage. Transcending stereotypes, the work uses the vocabulary of musical, with the composer borrowing elements from jazz and blues, as well as elements from traditional Cretan music, which are a strong feature of his works. The musical -on a libretto by the composer- is based on the poetic work written in rhymed verse by Vitsentzos Kornaros and retains the original dialect as well as form of the Renaissance work. Nonetheless, despite the use of Kornaros’ special 15-syllable lines, which keep the original historical context of the work in mind, Marmaris’ Erotokritos does not take place in that time but focuses more on the timeless elements of Erotokritos and Aretousa’s love story; on their unhealthy passion and the adventures of these two young as they journey on the path to a happy end and to marriage.
Konstantinos Rigos, an accomplished creator and well-known figure in his field, is director and choreographer of the work. He describes it as, “a modern version of the work that takes place out of space and time, against a minimalist backdrop, with emphasis on the heroes’ acting and movement”.
Theodoros Voutsikakis, Marina Satti and Gautier Velissaris, young singers who have made a strong name for themselves on the Entechno music scene, star in the work, alongside acclaimed opera singers Ioanna Forti and Kostis Mavrogenis. With the participation of a music and a vocal ensemble.