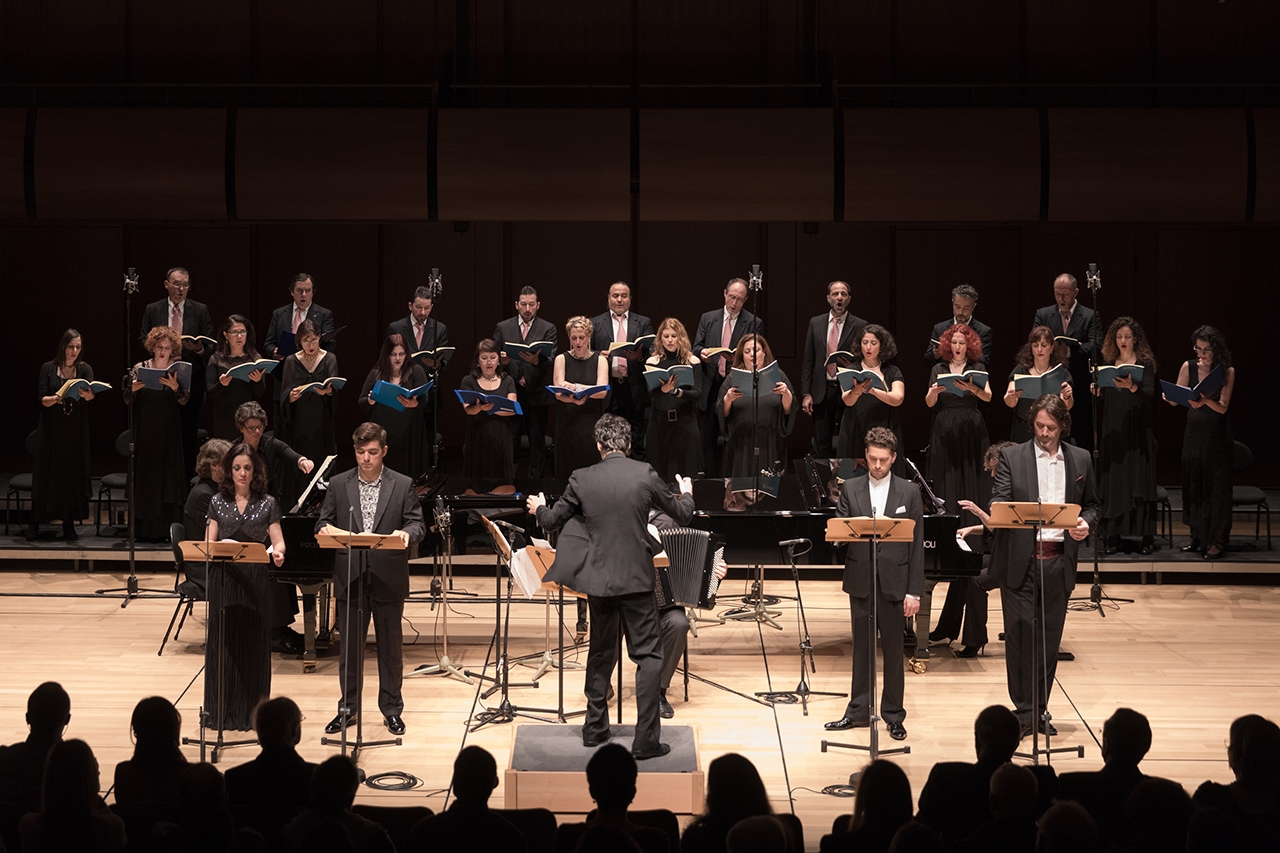 Petite messe solennelle was written in 1863, more than 30 years after Rossini had stopped composing opera and was dubbed by him as ‘the last of my sins of old age’. It was presented in Paris to a very small circle of guests of Count Pillet-Will, initially for 2 pianos, harmonium and 12 singers. The staging for the Sacred Music Days festival attempts to recreate those original private performances, replacing the harmonium with an accordion, which was Rossini’s original idea in any event.