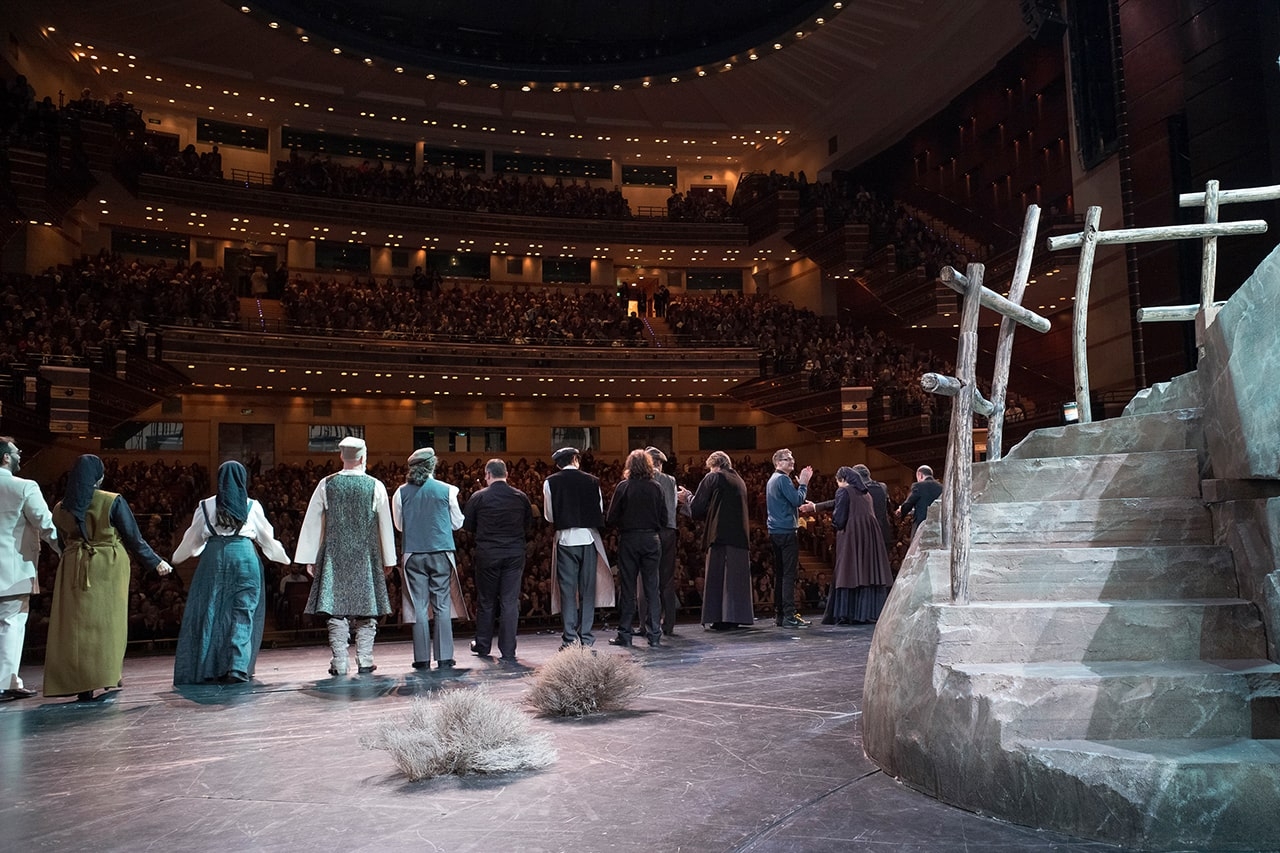 Greek National Opera hasn’t been presenting Wagner’s Lohengrin for more than half a century, since January 1965. This impressive German Romantic opera returns to the Greek National Opera for the first time with a full musical ensemble, something which simply wasn’t feasible at the Olympia Theatre where it was first staged because of space constraints of the orchestra pit.

After having successfully produced Tristan and Isolde, the Greek National Opera is now presenting another masterpiece by Wagner, Lohengrin, shortly before it stages the demanding Ring-cycle at its new facilities at the Stavros Niarchos Foundation Cultural Centre.

Lohengrin will be staged in the successful production directed by Antony McDonald, an award-winning British director at some of the leading opera houses.

A divinely-sent, unknown knight comes to the rescue of Elsa von Brabant. The only condition for him saving her, is that she never asks about his origin or his name. While Elsa appears to have found happiness, dark forces conspire against her. The plot inspired Wagner to write some of the loveliest pages in the history of music, and some of the best known too, like the renowned wedding march at the beginning of Act III.

Tenor Peter Wedd appears in the role of Lohengrin; a role that demands superhuman endurance. GNO's remarkable soloist Dimitri Platanias, sings a Wagnerian role for the first time in this production.

With the Orchestra and Choir of the Greek National Opera