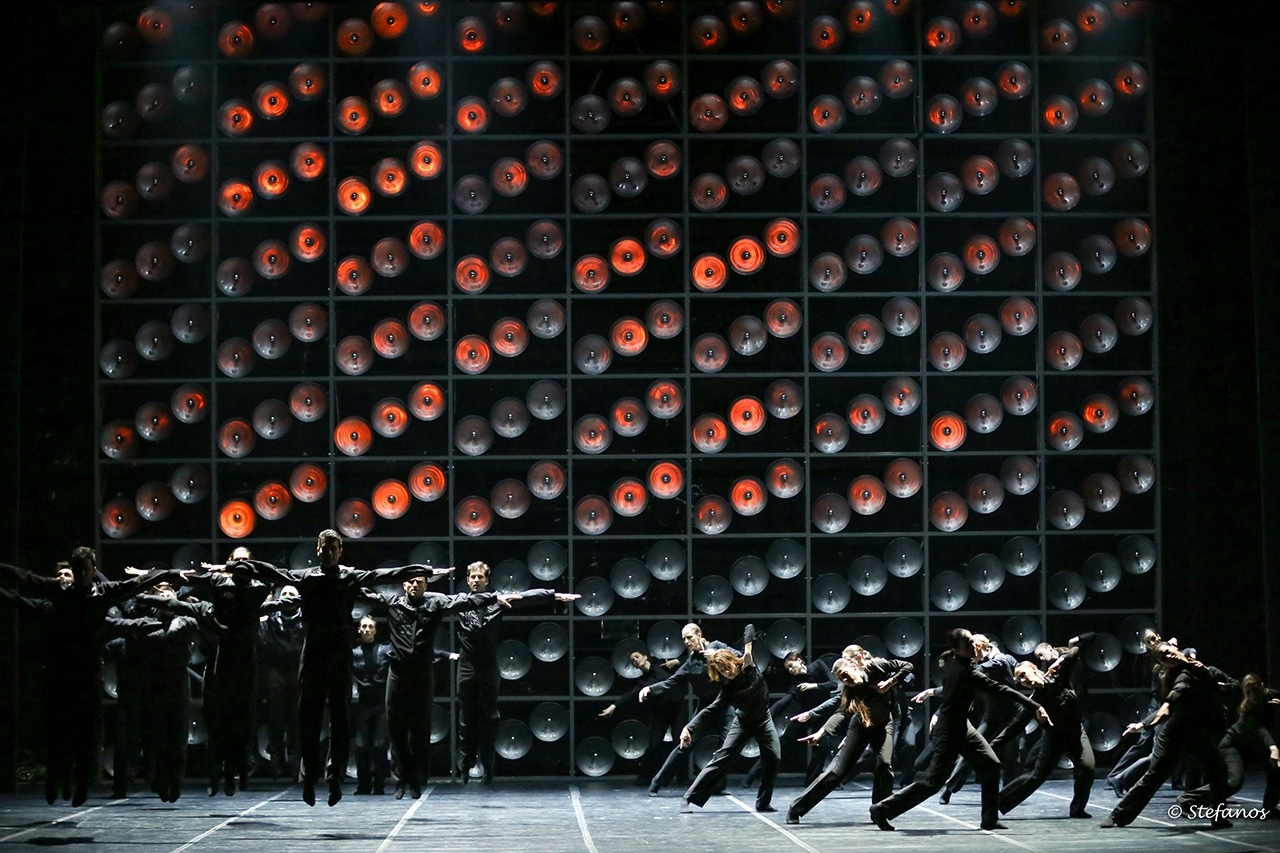 The new production of the Greek National Opera Ballet bears the signature of the outstanding choreographer, dancer and new Director of the GNO Ballet, Andonis Foniadakis. An internationally acclaimed artist, Foniadakis dedicates his new, much anticipated choreography to Johann Sebastian Bach and Georg Friedrich Händel, leading composers of Baroque music, who, although were born on the same year, in 1685, and in neighbouring cities, never met each other in their lifetime. Through their music and choreography, Foniadakis attempts to create a landscape where the elements of imagination, the subconscious and mysticism alternate and enter into a discourse with raw realism, creating, thus, an ideal “habitat” where the two composers meet.
The show is in three parts: Selon Désir, which Foniadakis first introduced at the Geneva Ballet, Air and Links, both of which he especially choreographed for the ballet of the GNO. According to the choreographer: “The show is presented in the form of a modular performance. The first piece is part of the repertoire I had prepared with the Geneva Ballet, whilst the other two have been created for the ballet group of the Greek National Opera. The first one is en pointe and of a rather more classic character, for I wished to explore the potential of the group. Hence, Links, the third part, in effect comes to attach itself, revealing how emotions relate with the one piece and the other. This is a disproportional landscape in which, eventually, everything is interconnected (…) I am interested in this heterogeneity not only with regard to this particular evening, for there is nothing linear with a distinct beginning, middle and end - instead, there is fragmentation (although in the background there is always music and emotions), but also in relation to my work as a whole, which may surprise the audience that evening (during the show). It is a good opportunity for me to release myself from the bonds of a role that some may presume I hold. It is a chance to display qualities that all artists possess. It was a challenge for me as choreographer but also for the group, that was asked to defend three different pieces by the same choreographer within a very short period of time.”
Foniadakis worked together with composer and musicologist Julien Tarride in order to create a composition based upon Baroque music and its two leading representatives. The choreographer observes that “the pieces of Bach and Händel create by themselves a landscape that brings about a certain atmosphere and dramatic ambience. For instance, the first part of the performance, featuring Bach’s St Matthew Passion and St John Passion, is something by far more pompous and ambitious compared with the third piece that has a more sombre and melancholic character. The sound of music fills the space with a very specific emotion.”
As far as the performance’s title is concerned, LINKS, Foniadakis says: “The greatest link, the most important connecting bridge is my association and contact with the group; this perennial link between creator and interpreter. I would say that this specific creation is a constantly changing platform from the moment of its making until the moment the curtain rises, while at the same time there is also the type of movement according to which nothing is constant, for this is the sort of energy that is differently experienced every time and therefore every show will be different.”
Andonis Foniadakis is also responsible for the sets (Apotosoma) along with Sakis Birbilis, who is also behind the lights, while Tasso Sofroniou designed the costumes.

150 special price, 5 euro tickets will be available for the evening show of Wednesday, April 6th