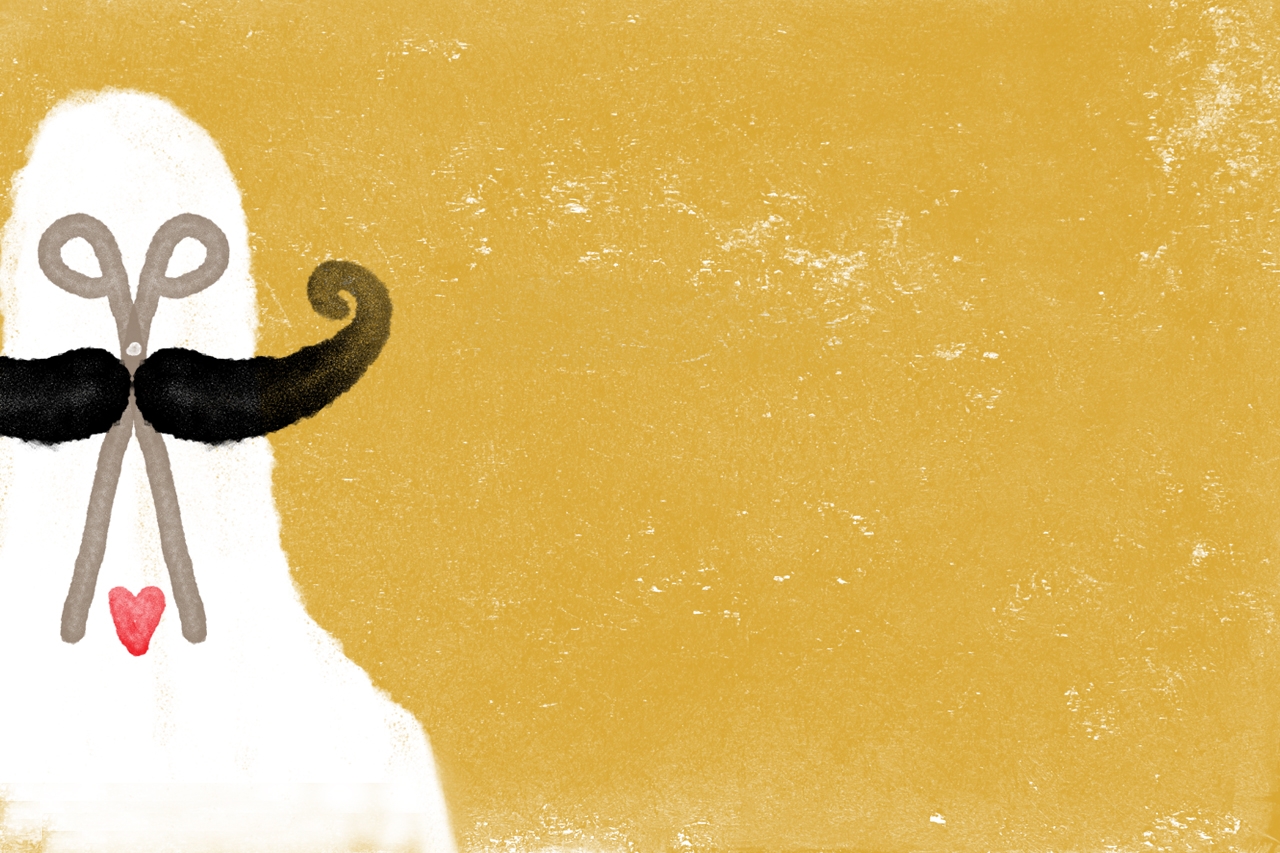 The 200th anniversary since the premiere of the opera Il barbiere di Siviglia (The Barber of Seville) is celebrated in 2016 around the world and the Greek National Opera presents a new, inspiring production of Rossini’s masterpiece, conducted by Miltos Logiadis and Konstantinos Diminakis, and directed by the eminent Italian director Franscesco Micheli. The production will run for 10 shows, from 13th February, at the Olympia Theatre.

The opera needs no introduction. The witty, swift and notably melodic music accompanies a series of comic events, as the barber Figaro helps Count Almaviva marry beautiful Rosina, who resides with her elderly guardian Doctor Bartolo, who, in turn, has his eyes set on her. Francesco Micheli projects the timeless issues of the opera into the imaginary and real world of Rosina, in his view the real protagonist of the story.

The classic success of The Barber of Seville is based on Rossini’s inspiration. Since the essential character of the opera’s figures and circumstances is to be found in the elements of music (i.e. melody, rhythm, harmony), its libretto plays the role of a compass. In The Barber, as in the case of baroque music, the audience may follow the plot without having to comprehend the libretto word for word, for the narrator’s role is undertaken by music itself, addressing directly the world of emotions. Don Basilio’s aria is a typical example: it is not necessary to understand the lyrics in order to be convinced about the tremendous power of slander – the interpretation of music is quite capable of expounding the whisper that culminates to a formidable outburst.

The famous opera premiered in Rome, in February 1816. The story of this opera work is quite interesting both on account of how it was composed and its acclamation by the Italian and international public. The premiere took place on 20th February 1816, at the Teatro Argentina in Rome. On the 17th of the previous month, Rossini had not even started composing it because Duke Francesco Sforza had not handed him the libretto. Finally, on 6th February, the 24-year-old Rossini finished the 1st Act of the opera and by 20th February when the first show was held, completed the composition as well as the orchestration. By today’s standards, the fact that the composition of such a work was completed within just 24 days seems unreal. However, those days time was appreciated differently: When Gaetano Donizetti heard about the time it took for Rossini to compose Τhe Barber, he exclaimed: “I’m not surprised; he has always been slow in composing”. After all, the fact that the composition of The Italian Woman in Algiers took Rossini just 18 days is quite telling!

The world described in The Barber of Seville is pleasure-seeking, cynical; a world filled with egocentric characters, exactly like the social environment which Rossini experienced daily as a young man in Italy. Money makes everything possible: Almaviva pays the singers, bribes Don Basilio twice and gives a handsome reward to Figaro, who explains that even the mere idea of gold makes him function better. Two hundred years later, it is obvious to all that few things have changed…

For the new production of The Barber, the GNO assigned the direction to the artistic director of the renowned Macerata Opera Festival (Italy), Francesco Micheli, who has made an impressive career in major Italian opera houses (Arena in Verona, Fenice in Venice, Palermo, et. al.), as well as in theatres outside Italy, such as those of Nice-France and Beijing. The sensational stage set is created by Nicolas Bovey, who is also responsible for the lighting, while the multi-coloured costumes are designed by Gianluca Falaschi. Panagiotis Tomaras has undertaken the visual design.

The distinguished Greek conductor, Miltos Logiadis, and the promising Konstantinos Diminakis, conduct the opera. The GNO chorus is directed by Agathangelos Georgakatos. The role of Figaro is double-cast by two Greek baritones, Dionyssis Sourbis and Harris Andrianos. Rosina is incarnated by the GNO’s sopranos, Vassiliki Karayanni and Mina Polychronou. Antonis (Anthony) Koroneos and Nikos Stefanou hold the role of Count Almaviva, Dimitris Kassioumis and Nikos Stefanou the part of Bartolo, and Tasos Apostolou and Petros Magoulas the role of Basilio. Well-known numerous Greek soloists complete the cast.

150 special price, 5 euro tickets will be available for the evening show of Sunday, February 14th

Il barbiere di Siviglia (The Barber of Seville) at a glance

The composer / Antonio Gioachino Rossini was born in Pesaro in 1792. In 1806 he enrolled at the Accademia Filarmonica of Bologna, where, as a student, he composed his first opera. Success came soon: in 1812 his comic opera La pietra del paragone was performed at La Scala in Milan, while in 1813 two works, the serious Tancredi and the
comic Italiana in Algeri, carried his name beyond the borders of the Italian peninsula. In 1814 he assumed the post of director for both of Naples’ most important opera houses, for which he penned some of his most important works. A number of these were composed especially for the singer Isabella Colbran, whom the composer married
in 1822. Among these are Otello (1816), Armida (1817), Mose in Egitto (1818), Ermione (1819), La donna del lago (1819), Maometto ΙΙ (1820) and Zelmira (1822). In 1822 Rossini travelled to Vienna where he met Beethoven. In 1824 he settled in Paris, where, in 1829, he staged Guillaume Tell, his very last opera. Rossini stopped writing for the stage and spent the last 39 years of his life composing mainly songs for voice and piano as well as sacred music. He died in Paris in 1868. His remains were taken to Florence in 1887.

The work / Cesare Sterbini’s libretto for Rossini’s two act melodramma buffo Il barbiere di Siviglia is based on the homonymous comedy by Pierre-Augustin Caron de Beaumarchais (1775) as well as on Giuseppe Petrosellini same name opera by Giovanni Paisiello, first produced in 1782. The plot recounts all the tricks that Count Almaviva
employs in order to marry his beloved Rosina, whom Don Bartolo, her elderly guardian intends to marry himself. Almaviva succeeds with the help of the barber Figaro, who enters Don Bartolo’s home without restrictions.

Premieres / Il barbiere di Siviglia was first performed at Rome’s Teatro Argentina on 20 February 1816. There is evidence of a performance of the work on Corfu in 1833. In Athens the opera was produced as a parody in 1837. The Greek National Opera, founded in 1940, added the work to its repertory on 11 March 1942.

Synopsis of the original

Act I / In Seville, Count Almaviva appears in disguise as Lindoro, a poor student, in order to win the heart of the beautiful Rosina. The girl lives with her guardian Don Bartolo, who intends to marry her himself. In order to get closer to Rosina, Almaviva asks for the help of the barber Figaro, formerly in his service. After being promised a good sum of money, Figaro agrees. Don Basilio, the music teacher, informs Don Bartolo that Almaviva is in town and that he is charmed by Rosina. He also tells him that he knows of a sure way to defeat his enemy. According to their plan, Figaro and Almaviva enter Don
Bartolo’s residence. Almaviva pretends to be a drunken soldier, but Don Bartolo argues he has exemption from billeting soldiers. Because of all the noise a crowd has gathered in the street and the civil guard arrives in order to arrest the drunken soldier. When Almaviva secretly reveals his true identity to the captain, he is immediately released to everyone’s –but Figaro’s– surprise.

Act II / Almaviva returns to Don Bartolo’s residence, this time disguised as a music teacher. He has come to give Rosina a singing lesson, replacing Don Basilio, who, he says, is ill at home. Figaro arrives in time for Don Bartolo’s daily shave. Cunningly, Figaro manages to snatch the key to balcony door, so that he and Almaviva can return later and abduct Rosina. Don Basilio arrives unexpectedly and Almaviva bribes him in order to keep quiet. Berta, Don Bartolo’s maid, comments on her master’s desire to marry a girl so much younger than him. Don Basilio finally reveals the truth to Don Bartolo. He, in turn, realises that he must move quickly and find a notary in order to marry Rosina. He shows Rosina the letter she had written to Lindoro and tells her that he got it from Almaviva. A storm passes. Figaro and Almaviva climb on the balcony but when Rosina arrives, they lose time in order to give sufficient explanation for Almaviva’s disguise as Lindoro.
Meanwhile, someone has removed the ladder, so that they cannot escape.
Don Basilio arrives with the notary, but as things turn out he marries Rosina to Almaviva. Don Basilio is bribed for the second time and together with Figaro serve as witnesses.
Don Bartolo and the police arrive too late. Don Bartolo has no alternative but to congratulate the newly weds.