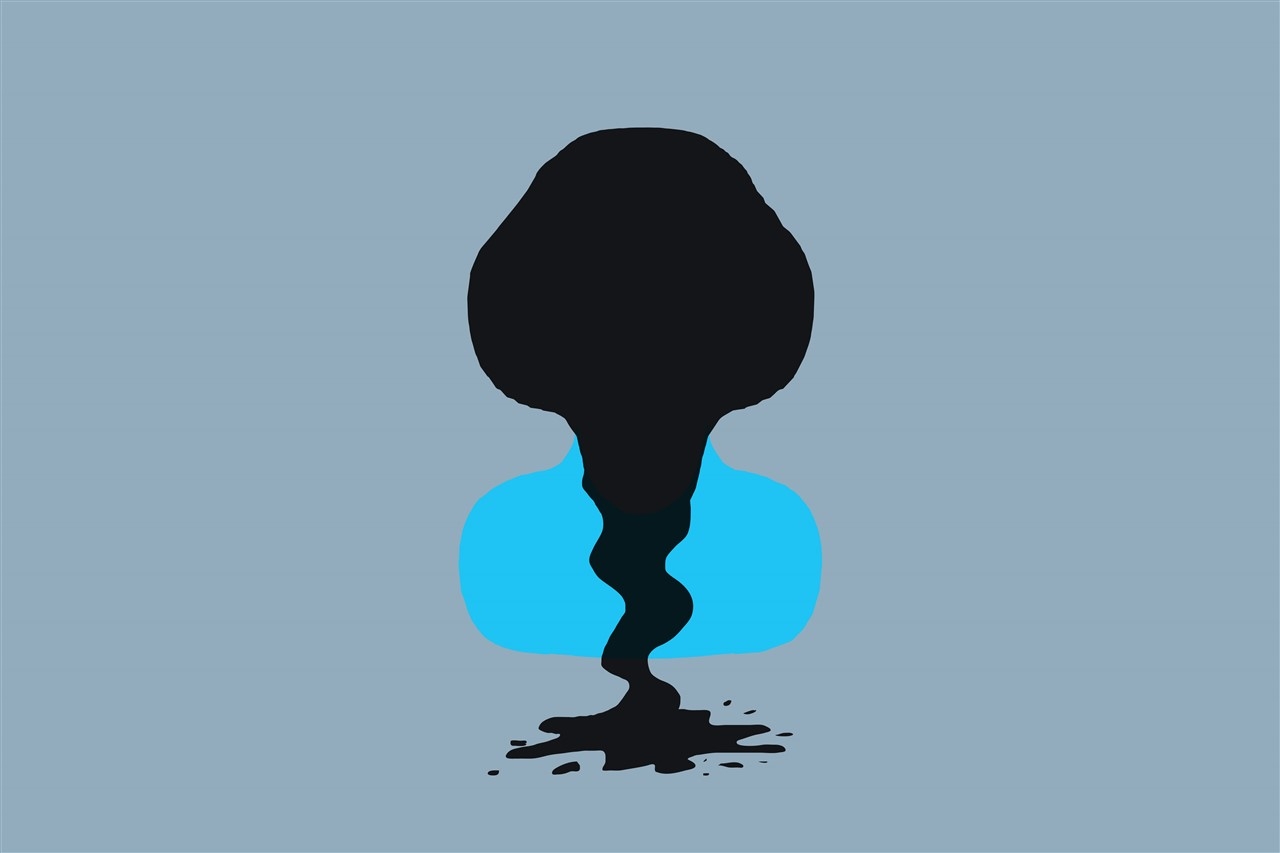 LIBRETTO BY
Yannis Svolos, based on the eponymous novel by Alexandros Papadiamantis

With the GNO Orchestra, Chorus and the GNO Children's Chorus, in the framework of its educational programme

The Murderess at a glance

Papadiamantis and his novel / The Murderess is a famous novel by Alexandros Papadiamantis, one of the most important Greek novelists, poets and short story writers of the beginning of the 20th century. Papadiamantis was born on the island of Skiathos, in the northwestern part of the Aegean Sea. It is on the same island that the action of the Murderess takes place. The work was first published from January to June 1903 as a serialized novel in «Panathinaia» magazine. It is the story of Hadoula, who is referred to only as «Frangoyannoù», i.e. the widow of Yannis Frangos, her good-for-nothing husband. She is an old woman who impulsively decides to start killing little girls, including her own grand-daughter, as an act of «mercy»; in this way she will extricate poor families from having to provide a dowry for the marriage of the girls. After a number of murders the police suspect her. She flees arrest trying to hide in the wilderness, but finally drowns in an attempt to escape two policemen on her trail. As she was on her way to confessing her sins, she met death «half-way between divine and human justice».
After his stay in Athens, where due to financial difficulties he never completed his studies in the philosophy faculty of the Athens University, Papadiamantis returned to his native island and supported himself writing anything from journalism to poetry. He did not care for money and would even ask for lower fees if he thought they were unfairly high. He never married, and was known to be a recluse, whose only true cares were writing about the life of the poor, and chanting in church. He died of pneumonia in 1911 at the age of sixty.
He was much admired and his works have been translated in many languages. The Murderess has also been dramatized as a play and has been presented on stage. It has also been adapted for the cinema.

Giorgos Koumendakis / Giorgos Koumendakis was born in 1959 in Rethymnon, Crete. He is one of the most important Greek composers of his generation. His music is characterized by a variety of musical idioms and a constant search for new directions.
In 1985 the renowned Hungarian composer György Ligeti chose him among other European composers, commissioning the work Symmolpa 5 that was performed by the European Community Youth Orchestra (ECYO). In the same year Koumendakis participated in the Venice Biennale. In 1987 he collaborated for the first time with the Ensemble InterContemporain and Arturo Tamayo. In the same year Swiss composer and conductor Matthias Bamert and the ECYO presented Symmolpa 3 in Frankfurt, while in 1988 Symmolpa 4 was performed by Ingo Metzmacher in Hong Kong. In 1990 his opera There Will Be a Day was presented in Oslo by the Oslo Sinfonietta and Christian Eggen, while the Xenakis Ensemble performed the Concertino for Piano at the Nieuwe Muziek Middelburg Festival in Holland.
In 1992 Koumendakis won the prestigious «Prix de Rome» scholarship and spent the following year as composer in residence at the French Academy of Rome (Villa Medici). In the same year, pianist Jay Gottlieb played Symmolpa 1 at the Présences ΄92 festival in Paris, at Tage für Neue Musik (Zürich) and at the Lecce Festival (Italy). In 1992 Koumendakis collaborated for the first time with choreographer Dimitris Papaioannou and the Edafos Dance Theatre Company. In 1994 he was awarded the Nikos Kazantzakis Prize. In 1998 his work Journey into the Night was presented by the Orchestre des Jeunes de la Mediterranée and Henri Gallois at the Aix-en-Provence Festival.
During the period 1998-2000, he worked as composer in residence for Clio Gould and the BT Scottish Ensemble in London, sponsored by the Michael Marks Charitable Trust. In 2004 he was musical director, composer and music concept creator of the opening and closing ceremonies of the Athens 2004 Olympic Games. In the same year, at the Présences festival in Paris, Hae-Sun Kang played Typewriter Tune for Violin. In 2005 the Athens Festival dedicated two concerts to him at the Little Theatre of Ancient Epidaurus. In 2007 his work Amor Fati was performed by the Thessaloniki State Symphony Orchestra conducted by Myron Michailidis, in commemoration of the 50th anniversary of the death of great Greek writer Nikos Kazantzakis. In 2007-2008, Koumendakis participated in the Cultural Year of Greece in China, with the Beijing Symphony Orchestra and Tan Lihua. In 2008 he composed Point of No Return, a work commissioned by the Kronos Quartet. In 2010, his composition The Pedal Tone for a Child was presented by Myron Michailidis and the Thessaloniki State Symphony Orchestra –the work was commissioned by the Thessaloniki Concert Hall, in celebration of the 10th anniversary of its opening. In the same year, his Unknown Dialects was presented at the Athens Festival by the Dissonart Ensemble (directed by Alexandros Efklidis with set and costumes by Petros Touloudis), while the Nederlands Blazers Ensemble played Typewriter Tune for Amplified Chamber Ensemble in Amsterdam. In 2011 the Prism Quartet presented Typewriter Tune for Sax Quartet in New York while in 2012, the Onassis Cultural Centre has dedicated the «Composer’s Portrait» concert cycle to Koumendakis works.
His works have been performed at important concert halls among which the Salle Olivier Messiaen, Théâtre de l’ Archevêché, Teatro La Fenice (Venice), Alte Oper, Benesse Museum (Naoshima, Japan), Concertgebouw (Amsterdam), Purcell Room, Wigmore Hall, Carnegie Hall, the Forbidden City Concert Hall (Beijing), Muziekgebouw aan’t IJ (Amsterdam), Auditorio Nacional de Música (Madrid), Clarice Smith Performing Arts Center (Maryland), Piccolo Teatro (Milano), Guarnerius Art Center (Belgrade). His music has also been conducted by Martin Brabbins, Gaetano Colajanni, Olivier Cuendet, Christopher Warren-Green, Paul Chiang, Henry Kucharzyk, Peter Wiegold, Igor Savrouk, Gunther Schuller, Nikos Tsouchlos, Alexandros Myrat and Theodore Antoniou.

Υannis Svolos / The librettist of the opera, Yannis Svolos was born in Athens (1955). He received his degree in architecture from the National Technical University of Athens and continued with graduate studies at the State University of New York at Buffalo, receiving his Master’s degree in landscape design and historic preservation (1979). Back in Greece he worked for the Greek Ministry of Culture at the restoration project for the monuments of the Asklepieion at Epidauros (1984/92). As a scientific consultant he then applied his knowledge of ancient architecture in the field of educational applications. He participated in various projects, including 3D digital reconstructions of archaeological sites produced at the Foundation of Hellenic World (1995-2000), and for the Ministry of Culture (NSRF project for the medieval castle of Mytilene, 2012-2013).
He works as a music critic since 1994. He attended concerts and opera performances in Greece and abroad (Bayreuth, Salzburg, Glyndebourne, Pesaro etc), contributing reviews and articles to Eleftherotypia daily newspaper (1996-2011), and since 2012 to Efimerida ton Syntakton. He has collaborated with various monthly publications, music magazines etc. He has, also, produced more than 150 broadcastings for the 3rd (cultural) Program of the Greek National Radio. During the Cultural Olympiad (2000/4) he was member of the editorial committee for the production of a box including 12 cds with music by Greek composers. He has contributed articles to the publishing departments of the Athens and Thessaloniki Concert Halls, the Athens Festival etc.

Act I / On the island of Skiathos, in the northwestern part of the Aegean Sea, Hadoula, an old widow has lived a difficult life. Since her childhood she learned to obey everyone without questioning. Although she was the one to support her family, she is known as «Frangoyannoù», i.e. the widow of Yannis Frangos, her good-for-nothing husband. Experience has taught her that a girl in a poor family such as her own, is not only destined to live a difficult life, but is also a burden for the rest of the family. What she finds unbearable is the obligation to provide each future bride with a dowry, a custom that she believes weighs upon every family, from the moment a girl is born.
One night, as she watches over her newborn but sick grand-daughter, who bears her name, she reflects on her life. For a moment dark thoughts cloud her mind and she thinks it for the best to strangle the sick infant. She proceeds with the horrible act, but the doctor assumes that the child has died from the illness. Initially, Hadoula is remorseful, but deep inside her she feels that she has done the right thing. After some time, she somehow arrives at the conviction, that it may be her mission to relieve the world from all the little girls.
Thus, without feelings of guilt she decides to carry on. While washing clothes for some well-to-do neighbours, she sees two little young girls playing beside a cistern. Realizing that she is alone with them, she drowns them in the water.

Act II / The police questions Hadoula, but lets her go. Only after yet another death, where once more she proves to be the only witness, do they decide to prosecute her: Another little girl has fallen into a well; Hadoula didn’t push her, but she wished she would fall in. As Hadoula sees policemen approaching her house, she realizes they are coming to arrest her, and decides to flee. At first, she takes refuge in the house of a woman she has helped years ago. Together they remember past times. Hadoula soon realizes that she is not safe there and decides to leave for the wilderness, to hide in places that are precipitous but were familiar to her since her childhood.
Policemen come after her, nightmares haunt her. Exhausted, Hadoula resolves to turn to the great-hearted hermint, who resides at the chapel of Saint Sostes, on a rock just off the shore. She will confess her sins, hoping for forgiveness and refuge. When Frangoyannoù reaches the narrow passing, the tide arrives. As the policemen are close behind her she throws herself decisively into the water. At the last moment she turns around and sees a piece of wasteland, which she recognizes as the dowry that was given to her at her marriage. The water rises. She drowns, meeting death halfway, somewhere «between divine and human justice».