The masterly scandal-based opera Powder her face (1995) of the British music scene’s enfant terrible and Grammy and Laurence Olivier award-winner, Thomas Adès, will receive its Greek premiere at the GNO Alternative Stage.
The work is based on the scandalous life of Margaret Campbell, Duchess of Argyll, who in 1963 shocked the English audience with her sexual excesses. The Duchess’ true and bold story, her love affairs, passions, divorces and tragic death are wonderfully portrayed through the enrapturing music of charismatic composer Thomas Adès –considered by many as Benjamin Britten’s successor– and Philip Hensher’s libretto with its peculiar language and provocative love scenes.
In his music, Thomas Adès elaborately combines various influences from Igor Stravinsky, Alban Berg and Benjamin Britten to Kurt Weil’s cabarets and Astor Piazzola’s tangos, creating an opera already considered a modern classic and performed in the world’s leading opera houses.

Pianist, conductor and composer, born in Athens. He studied piano and theory in Athens and New York, as well as conducting at the Royal Scottish Academy of Music and Drama (RSAMD) (Athens Academy scholarship). He taught music in schools; piano and chorus direction at the National Conservatory of Athens. Director of the “Manolis Kalomiris” Children’s Chorus (1992-2000), he has collaborated, among others, with the Greek National Opera, Athens Festival, Athens Concert Hall (Megaron). Since 1994, as a vocal coach (correpetition) he has participated in the musical preparation of more than sixty GNO productions. GNO Chorus master (2005/11), head of the GNO Studio Opera (2012/15) and conductor of the Contemporary Opera since 2010, with plenty Greek premieres in his career. Music consultant of the Athens Festival (2017/18). He has conducted, among others, the GNO Orchestra, Athens State Orchestra, Hellenic Broadcasting Corporation Symphony Orchestra, Athens Municipality Symphony Orchestra.

He studied at the Kiev Academy of Dance and at the Budapest Academy of Dance. Since 1997 he has been a member of the Greek National Opera Ballet, while in 2003 he became Demi-soloist. He has collaborated with the dance company of the National Theatre of Northern Greece, the Ballet of the Kazan Opera (Tatar), he has participated in productions of the Athens Concert Hall (Megaron), as well as in contemporary and classical dance independent productions. He taught classical dance in the GNO Professional Dance School and at the Rallou Manou Dance School. Between 2011-2013 he was a répétiteur at the GNO Ballet. He has choreographed and presented dance events and has worked on the choreography and movement of various theatre, opera and operetta productions for the GNO, the GNO Alternative Stage, the National Theatre of Greece, the Athens Concert Hall (Megaron). Since 2017 he has served as ballet master and assistant choreographer at the GNO Ballet.

Born in Athens, she graduated from the School of Drama (Faculty of Fine Arts) of the Aristotle University of Thessaloniki. She continued her studies in London (MA in Theatre Directing / Middlesex University, MA in Advanced Theatre Practice, Lighting Design / CSSD). Since 2000 she has been cooperating with all leading theatre organizations in Greece, such as National Theatre (Athens), National Theatre of Northern Greece, Municipal and Regional Theatres of Greece, Athens Concert Hall (Megaron), Thessaloniki Concert Hall, Greek National Opera, Onassis Cultural Center, as well as Athens and Epidaurus Festival. She has been cooperating with the Greek National Opera since 2008.

Australian-born soprano, she made her stage debut as Salome in Richard Strauss’ same name opera at the Heidelberg State Theatre in April 2010. Since then she has appeared internationally performing roles such as Tosca (Tosca), Daphne (Daphne), Kaiserin (Die Frau ohne Schatten), Sieglinde (Die Walküre), Gerhilde (Die Walküre), Salud (La vida breve), Desdemona (Otello), Santuzza (Cavalleria rusticana), Agathe (Der Freischütz), Donna Elvira (Don Giovanni), Vitellia (La clemenza di Tito) and has previously sung the Duchess (Powder Her Face) at the New York City Opera in 2012. She has also performed extensively as an oratorio soloist and Lieder recitalist. She has succeeded in many international competitions, including being a finalist in three (London, Vienna and Sydney), and winning two Wagner prizes of the Society of the Friends of Bayreuth. She has been fortunate to have studied with legendary figures of the opera world such as sopranos Inge Borkh, Ute Vinzing, Montserrat Caballé, tenor Dennis O’Neill and conductor Richard Bonynge.

Greek bass-baritone, he studied singing at the Athens Conservatory with Kiki Morfoniou and continued his studies in New York under Charles Kellis (Maria Callas scholarship, 1990). He has performed at the most famous opera houses worldwide such as Metropolitan Opera (New York), La Monnaie (Brussels), Scottish Opera, Frankfurt Opera House, etc as Banco (Macbeth), Colline (La bohème), Escamillo (Carmen), Leporello (Don Giovanni), Angelotti and Scarpia (Tosca), Capulet (Roméo et Juliette), Sharpless (Madama Butterfly) as well as next to Luciano Pavarotti, Plácido Domingo and under James Levine. At the Greek National Opera he has sung, among others, in operas like Andrea Chénier, Carmen, Fedora, Die Zauberflöte, Anna Bolena, Il trovatore, Peter Grimes and Věc Makropulos. He has received awards and distinctions in international competitions such as the Grand Prix Maria Callas (1987), MEF (1991). In addition, he has performed at the Athens Concert Hall as well as with the Athens State Orchestra, Orchestra of Colours, Music Ensembles of Hellenic Broadcasting Corporation in concerts in Greece and abroad. He has recorded extensively.

Ergon Ensemble performs works of contemporary music and has created a sensation with its performances at the Onassis Cultural Center, Athens Festival, Athens Concert Hall (Megaron), GNO, and at other venues, receiving praise for its exciting and meticulous interpretations. The ensemble aims to promote contemporary masterpieces and new works of the international repertoire. At the same time, it promotes Greek works to the international music stage. Ergon Ensemble was founded in 2008; its members are exceptionally talented musicians who have participated in the past at the International Academy of Ensemble Modern. A flexible ensemble, with its core formation further reinforced, depending on the project, by a great number of young artists specializing in avant-garde music. Other than concerts, the ensemble has made recordings and organizes educational projects as well as productions that combine other forms of art, such as dance, music theatre and multimedia. It has performed in various festivals and productions in Greece and Europe. 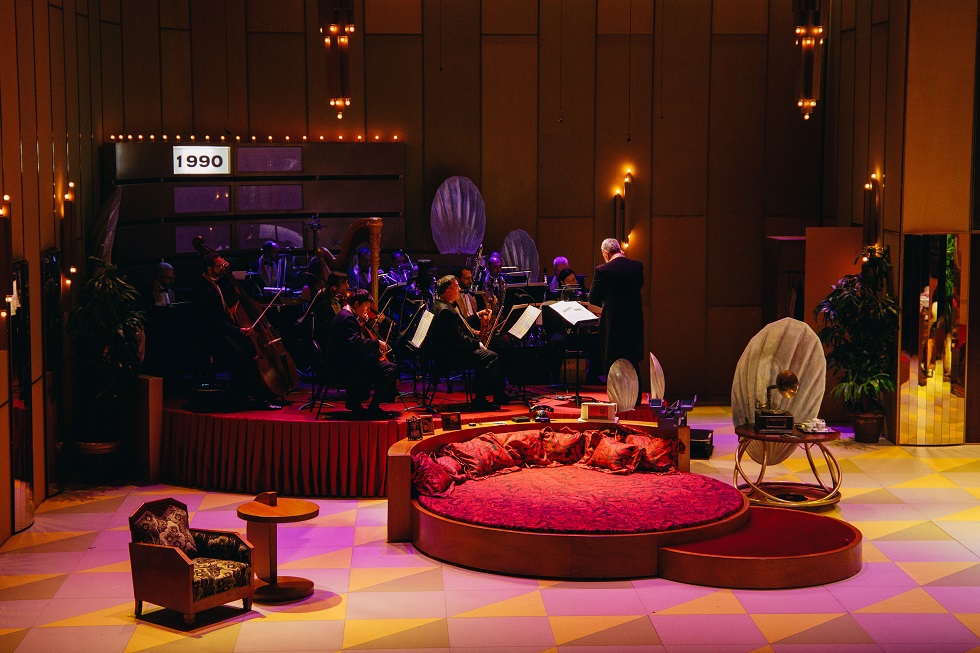 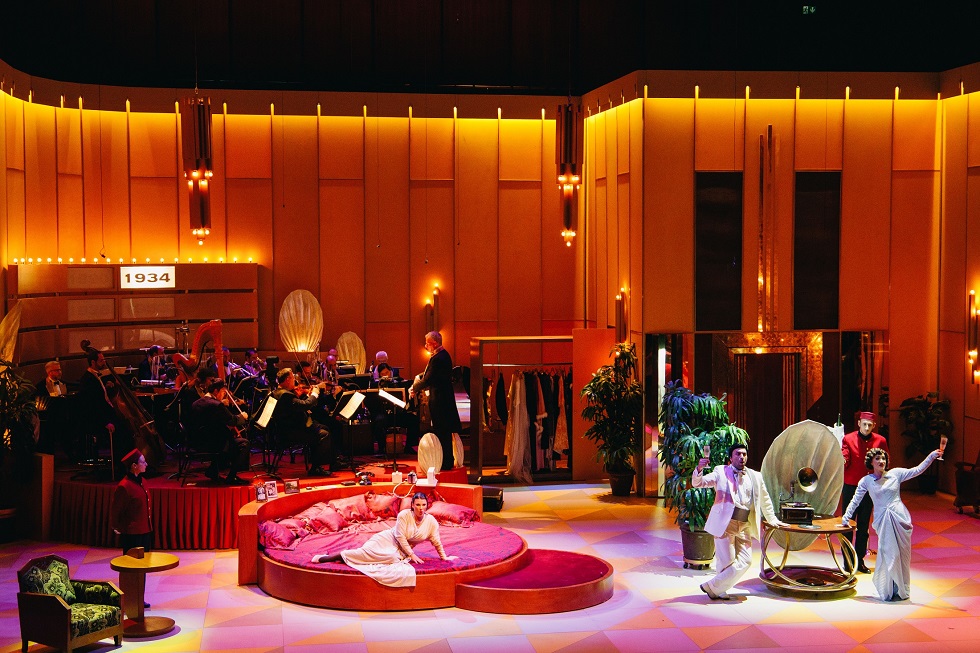 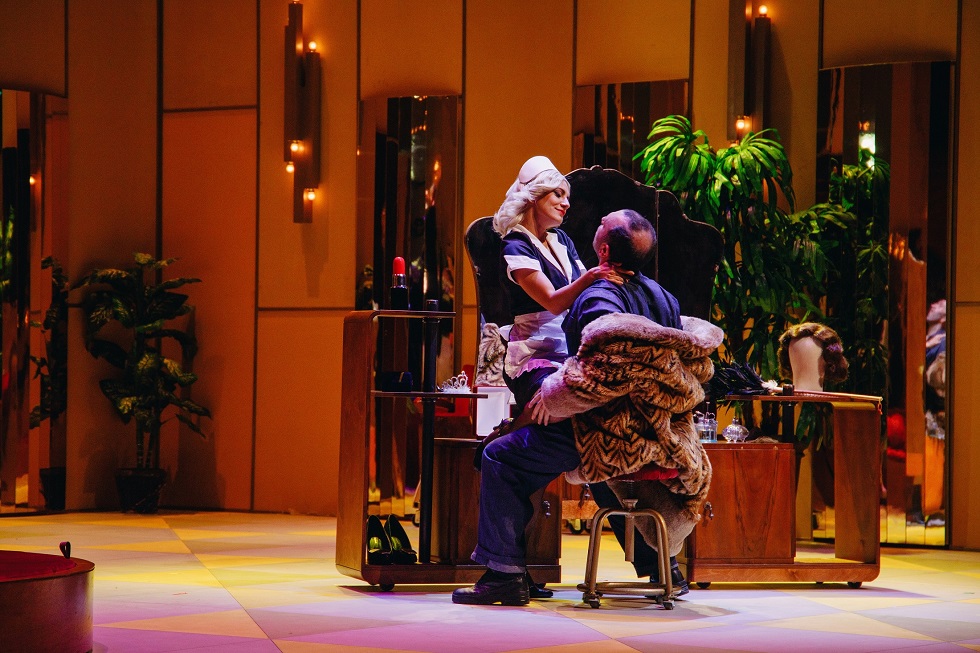 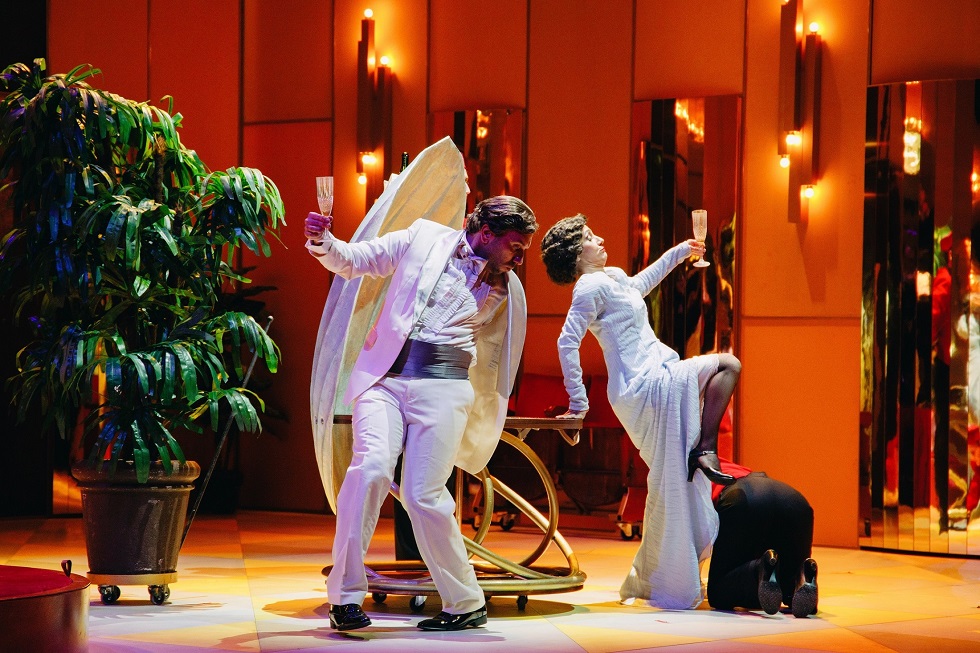 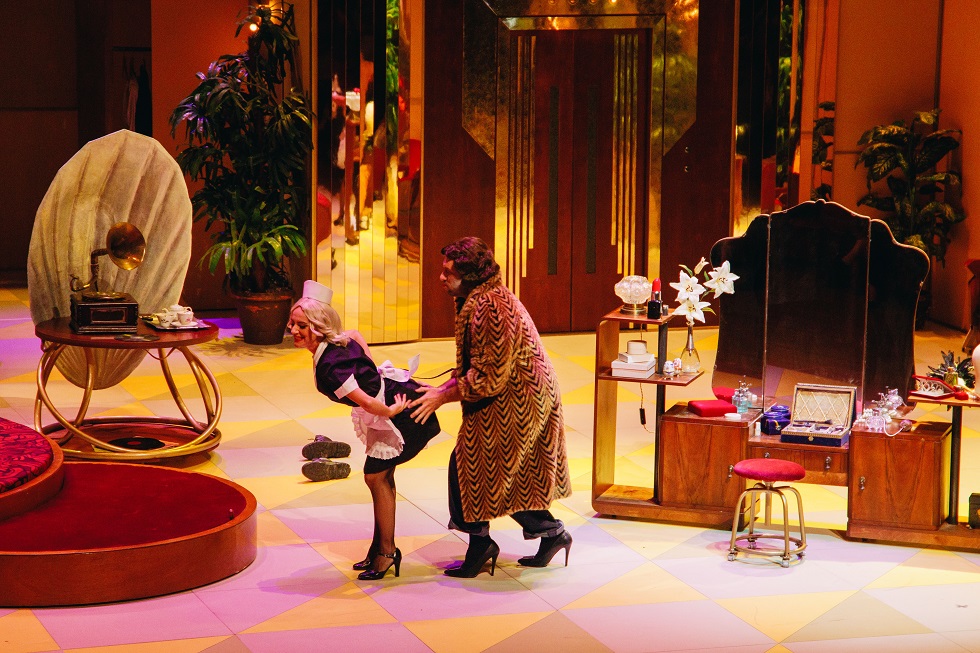 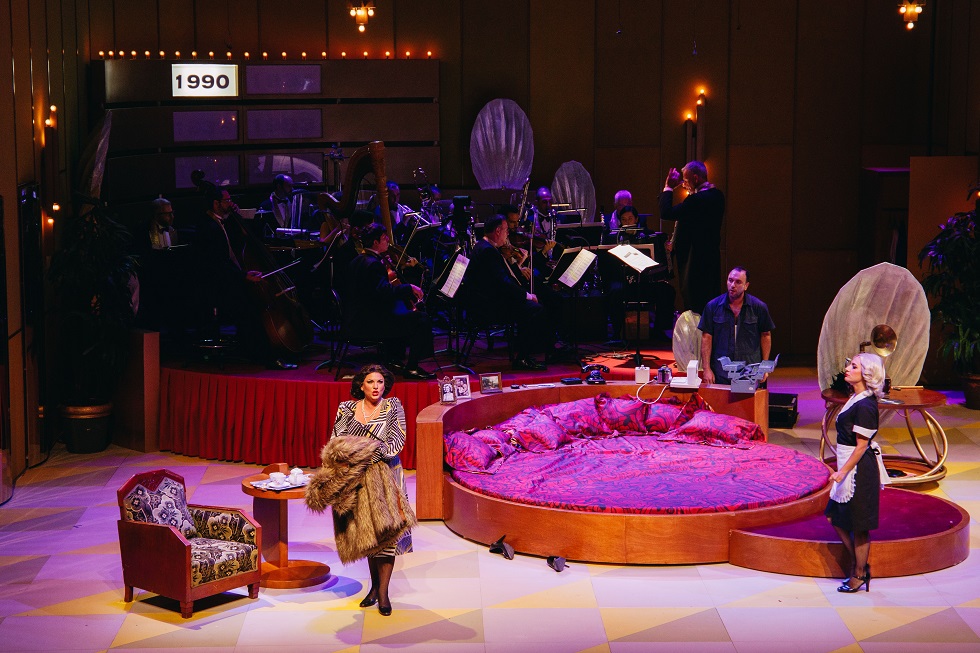 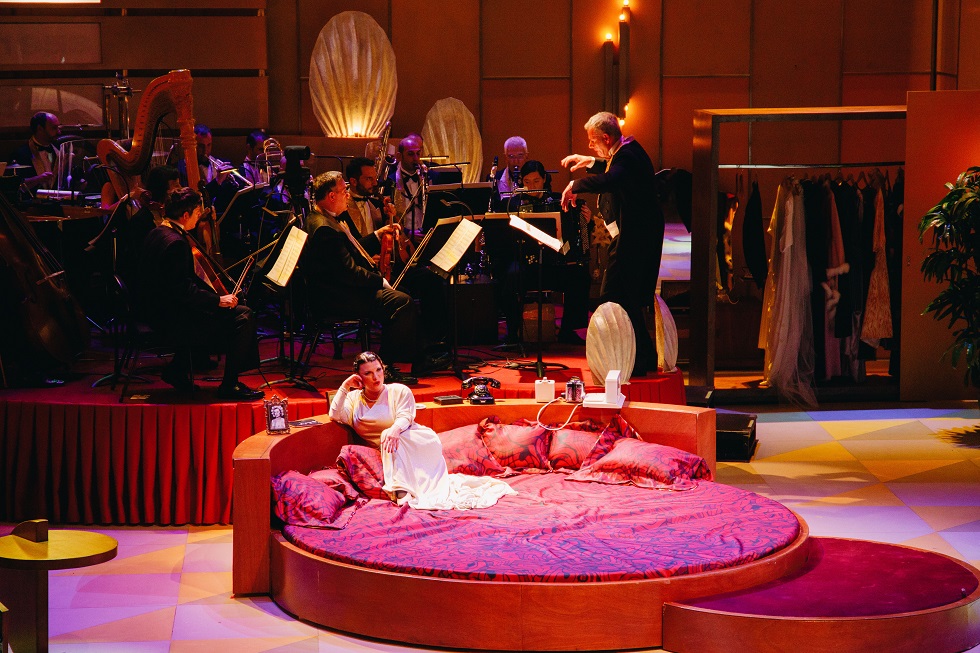 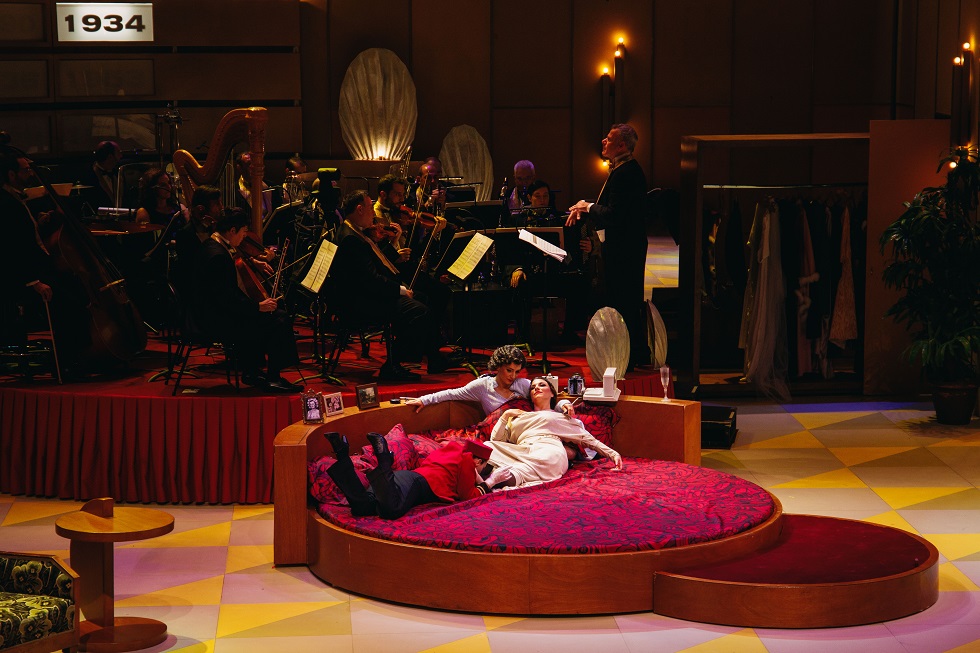 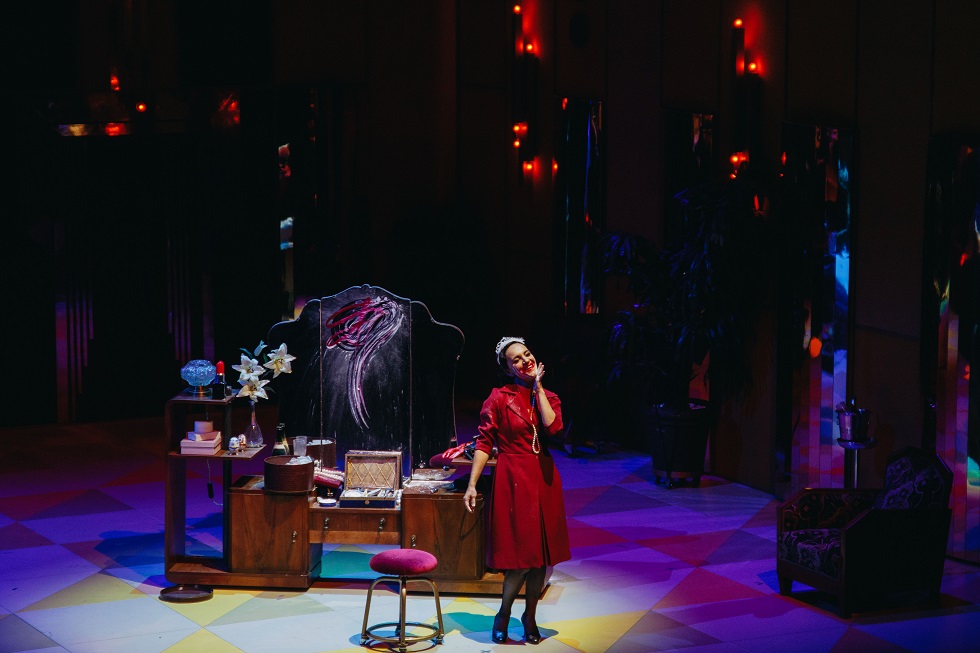 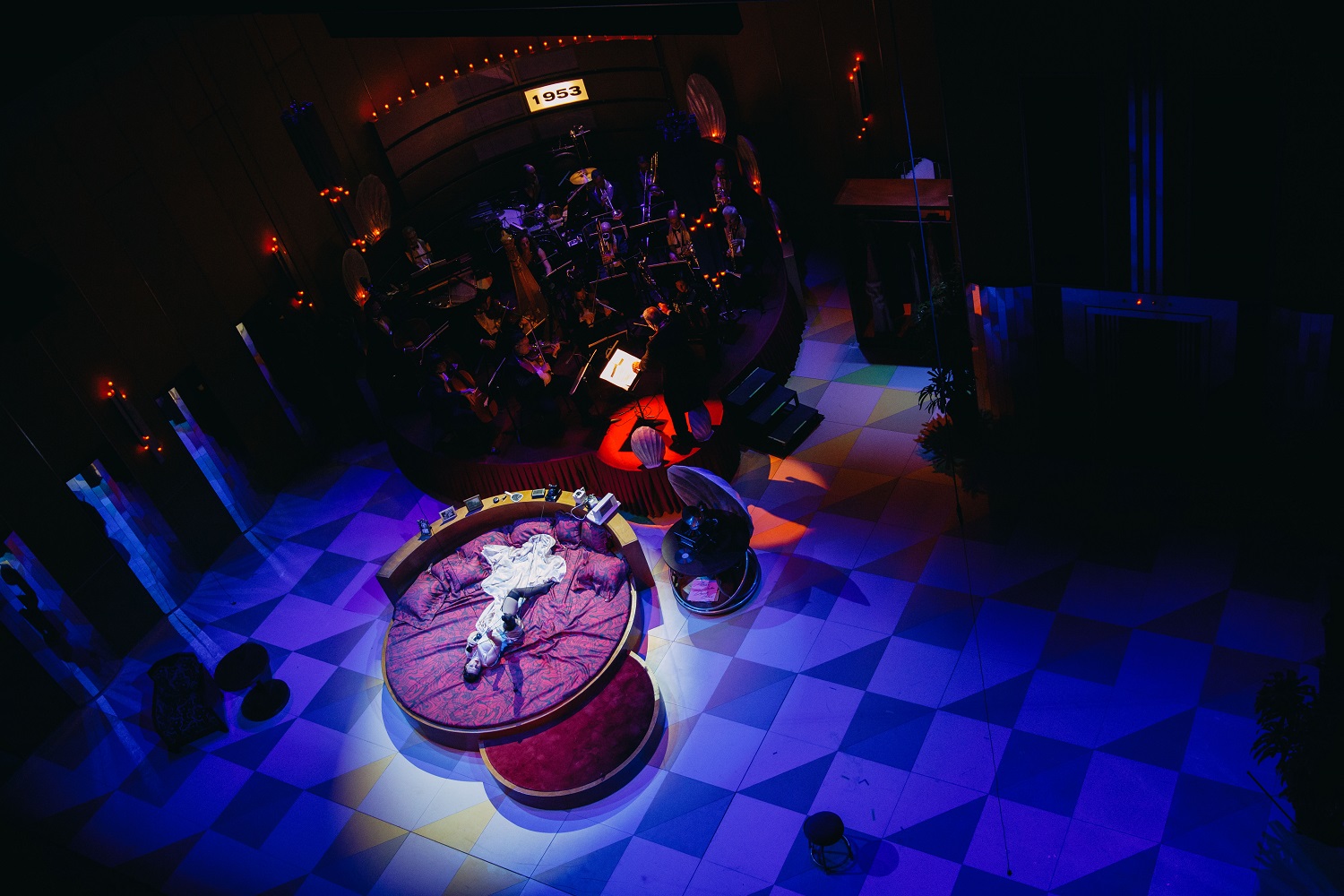