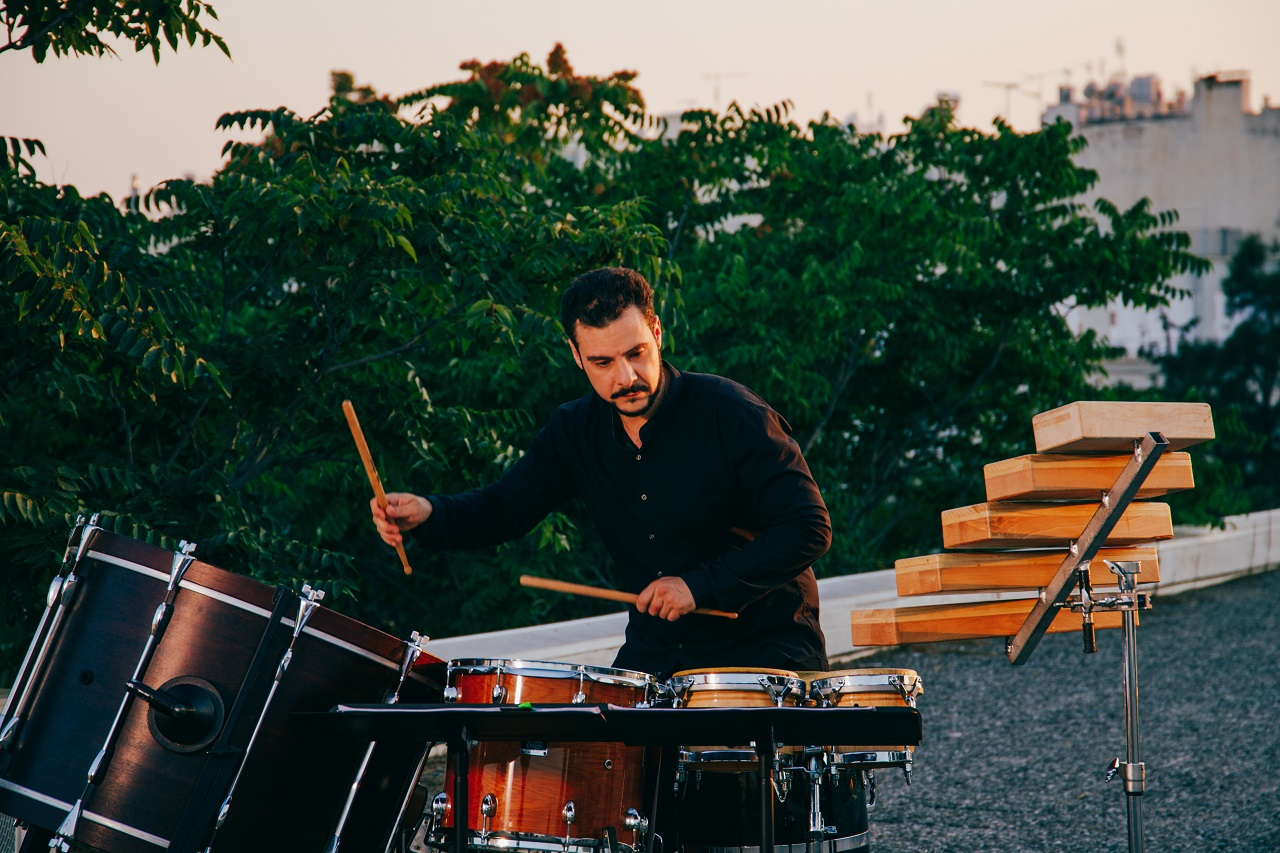 In the concert, Alexandros Giovanos will perform the impressive work Rebonds for solo percussion,  written between 1987 and 1988 for the famous percussionist Sylvio Gualda and exploring the sonic universe of membranophones and wood percussion; Kassandra’s masterly monologue – one of Xenakis’ late additions to his score for Aeschylus’ Oresteia that was first performed by Gualda and Spyros Sakkas at the Gibellina Festival (Italy) in 1987 – alongside German baritone Martin Gerke; as well as the work Psappha (an archaic version of the name “Sappho”), Xenakis’ first and probably most famous score  for solo percussion. Psappha  was commissioned by the English Bach Festival and is also dedicated to Gualda, who was the first to perform it in London in 1976.

The Elbtonal Percussion  ensemble was formed in 1996 in Hamburg, and has ever since carved out an amazing career ranging from classical and jazz music to world music. The ensemble, consisting of Francisco Manuel Anguas Rodriguez, Jan-Frederick Behrend and Stephan Krause, will present Okho (1989), Xenakis’ last work for percussion ensemble, dedicated to the trio Le Cercle and commissioned for the bicentennial of the French Revolution – a work that makes use of the exotic timbres of three djembes and one more “big-sized African membranophone”, in the composer’s words.