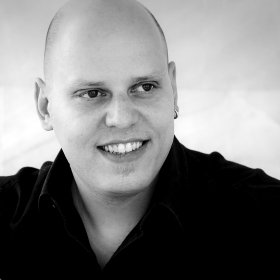 Greek tenor, he was born in Athens and graduated from the Pallini Experimental Music Lyceum. He studied advanced music theory with Fotis Koutzayiotis and Baroque flute with Mechthild Stark. He attended voice lessons with soprano Ioulia Troussa at the Athens Conservatory, where he received his diploma with honours and first prize. He is a founding member of the medieval music ensemble Lyrae Cantus and has also participated in performances and concerts at the Greek National Opera, Athens and Thessaloniki Concert Halls, as well in festivals in Greece and abroad. Moreover, he has worked with the vocal ensemble Emmelia, the Medieval Music Workshop, etc. Since 2003 he has been a permanent member of the Chorus of the Greek National Opera, where he has also sung, among others, the roles of Prince Yamadori (Madama Butterfly), Matteo Borsa (Rigoletto), Νobleman of Brabant (Lohengrin) and Parpignol (La bohème).