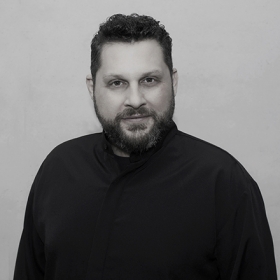 Greek tenor, he was born in Athens. He studied theatre at the Mary Vogiatzi-Tragas Drama School. He also studied voice under George Zervanos and later with Marina Krilovici at the Athenaeum Conservatory, Athens. He took his voice diploma under George Samartzis and continued his postgraduate studies in Vienna with Elizabeth Hagedorn. He has participated in advertisements for television and radio, as well as in entertainment shows in Greek private and state television channels. He is a permanent member of the Chorus of the Greek National Opera.