With the Orchestra, Chorus and the Children’s Chorus of the Greek National Opera (as part of its educational mission)

The Greek National Opera presents an ambitious new production of the comic opera Falstaff, from 26 January 2023 and for six performances inside the Stavros Niarchos Hall at the SNFCC. Giuseppe Verdi’s swan song, based on the Shakespeare comedy The Merry Wives of Windsor, is being conducted by Pier Giorgio Morandi and directed by the acclaimed director, and Artistic Director of the UK’s renowned Glyndebourne Opera Festival, Stephen Langridge. Performing the title role is the outstanding Greek baritone Dimitri Platanias. This production is made possible by a grant from the Stavros Niarchos Foundation (SNF) to enhance the GNO’s artistic outreach.

Verdi surprised everyone with his final opera, Falstaff, as not many believed the then 80-year-old composer had another major work in him (and a comedy at that!) following the huge success of his Otello (1887). Following his adaptation of the plays Macbeth and Othello, Verdi turned to Shakespeare one final time and picked out a comedy: The Merry Wives of Windsor. In late 1890, the composer would write: “Composing the music is a pleasure – writing without any aim, without a goal, and without knowing if I shall ever finish… I say again… It’s a pleasure. Falstaff is without scruples and does all sorts of naughty tricks, but in a humorous way. And he is a type! Types are so rare! The opera is absolutely and entirely comic. Amen.” The work –first presented at La Scala in Milan on 9 February 1893, under the baton of Edoardo Mascheroni and with the French baritone Victor Maurel performing the title role– would prove a brilliant conclusion to his career as an opera composer. Indeed, the applause at the end of the premiere performance lasted an hour. The opera was presented by the original La Scala cast in Genoa, Rome, Venice, Trieste, Vienna, and Berlin. Before the year was out, Falstaff had been presented in the world’s major music capitals, everywhere from Buenos Aires to St Petersburg. During these various early performances, the composer made a series of small alterations to the score, and continued to do so right up until the work’s French premiere at the Opéra-Comique in May 1894.

Central to the action is the washed-up old knight Sir John Falstaff, whose romantic misadventures make him a laughingstock in the provincial society of his small town. In the end, after a series of tragicomic situations have unfolded, all the work’s characters sing the following refrain together: “All the world’s a jest… but whoever laughs last, laughs best.”

The opera has justly been called a masterpiece of the genre for its expressive economy and concise form – for its composer’s ability to encapsulate entire characters and situations with a single musical phrase. Indeed, the majority of the work is marked by sustained and often blistering shifts in tempo and tone, and between short melodic themes or harmonies. Falstaff himself is the opera’s only true lead role, around which everyone else revolves. Verdi avails himself of a vast palette in order to render the various facets of the main character. In his two monologues, Falstaff condemns the world as unfair and lectures on morality, and goes on to appear before Alice as a great heartbreaker and before her husband, Ford, as a vain knight, before ending up a laughingstock in the forest scene.

The production is being staged by the eminent director Stephen Langridge, who is returning to the GNO –following his successful staging of Carmen at the Odeon of Herodes Atticus– to create this outgoing, light-hearted, and wonderfully entertaining new production. Langridge, who was appointed Artistic Director of the UK’s renowned Glyndebourne Opera Festival in 2019, shifts the setting of Falstaff’s story to 1930s England, to a time dominated by the absurdity of a social hierarchy that bordered on feudalism. The director notes: “Falstaff is a comedy in the deepest sense – often farcical, but also offering a window into the hearts of the characters. At the centre of it all is Verdi and Shakespeare’s most loveable rogue: Falstaff himself. A liar, a cheat, a trickster; sensuous, vain, old-fashioned… We ought to disapprove, but we adore him in all his flawed humanity. Our production is set in England in the 1930s. A time between the wars (Falstaff was an old soldier), with a scandalous Prince of Wales (like Hal in Henry IV) who will briefly become King Edward VIII, and a time when the hierarchies are rigid, with social class more respected than money. Falstaff is based on Shakespeare’s only fully English comedy, but the end is pure Verdi / Boito. ‘Tutto nel mondo è burla’ [Al the world’s a jest] is their conclusion – and when we look around us at today’s chaotic world we can only agree, and then perhaps head off to the pub for a pint of warm ale and a laugh with Sir John!”

Acclaimed Greek designer George Souglides has created sets and costumes that capture 1930s England, in line with the director’s vision. The movement direction is by Dan O’Neill, and the lighting is by Peter Mumford.

Conducting is the eminent Italian maestro Pier Giorgio Morandi, who is exceptionally experienced when it comes to the Italian repertoire and has appeared at the world’s major opera houses, including La Monnaie in Brussels, Deutsche Oper Berlin, the Metropolitan Opera in New York, the Vienna State Opera, the Royal Opera and Royal Albert Hall in London, the Arena di Verona, the Zurich Opera House, the Royal Swedish Opera, Oper Frankfurt, Teatro Regio di Parma, the Seattle Opera, and venues in Rome, Tokyo, Gothenburg, Naples, Paris, Majorca, Sydney, and Copenhagen, to name but a few. Agathangelos Georgakatos is chorus master of the GNO Chorus, while Konstantina Pitsiakou is chorus mistress of the GNO Children’s Chorus.

On Saturday 4 February 2023 at 17.00, at the Greek National Opera’s VIP Lounge in the SNFCC (1st floor GNO foyer), author and associate editor of the Opera Now magazine, Helena Matheopoulos will deliver a speech titled “Verdi’s Shakespeare”.

Admission to the event is free upon prior reservation via ticketservices.gr (from 25/1). 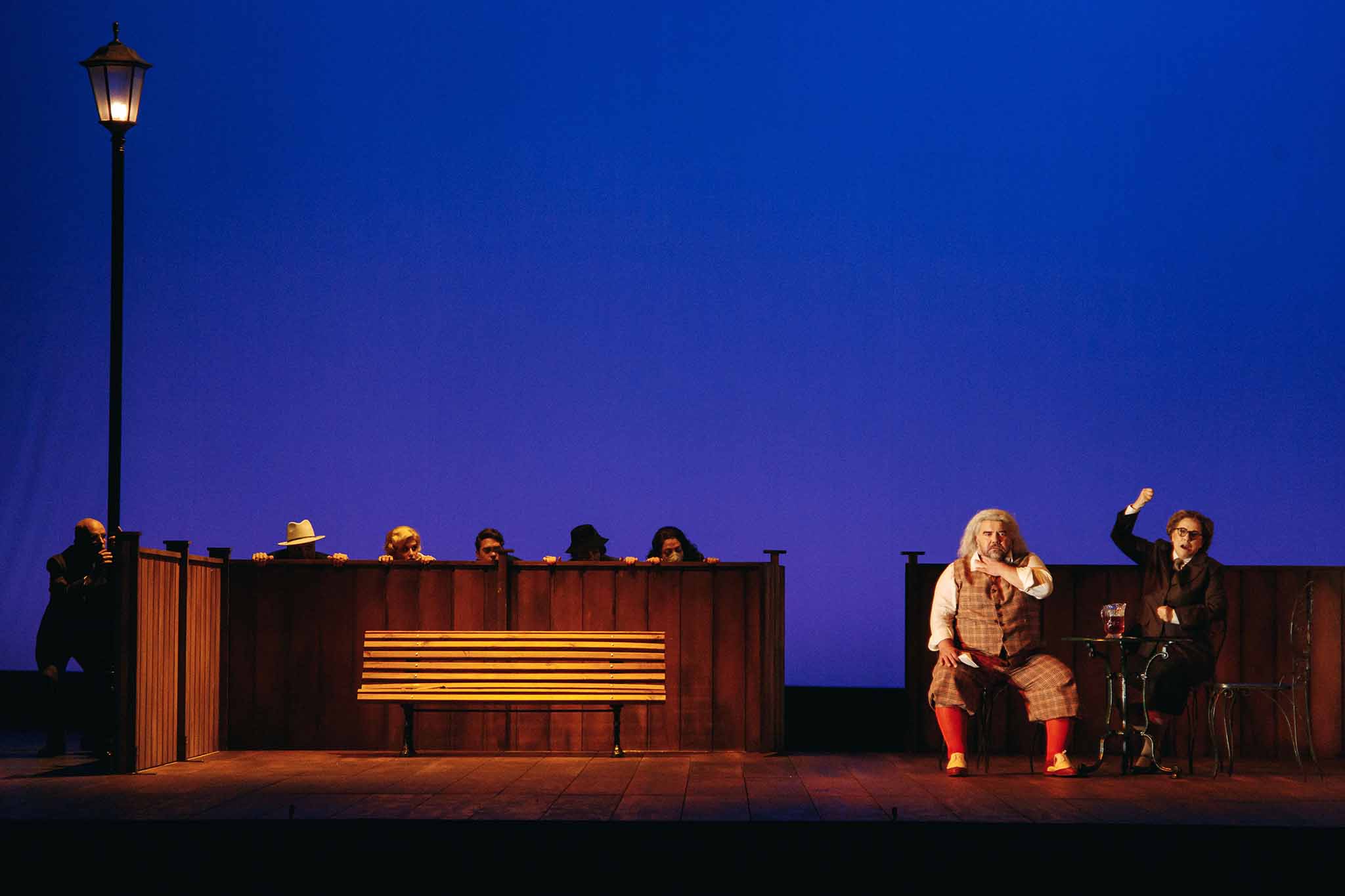 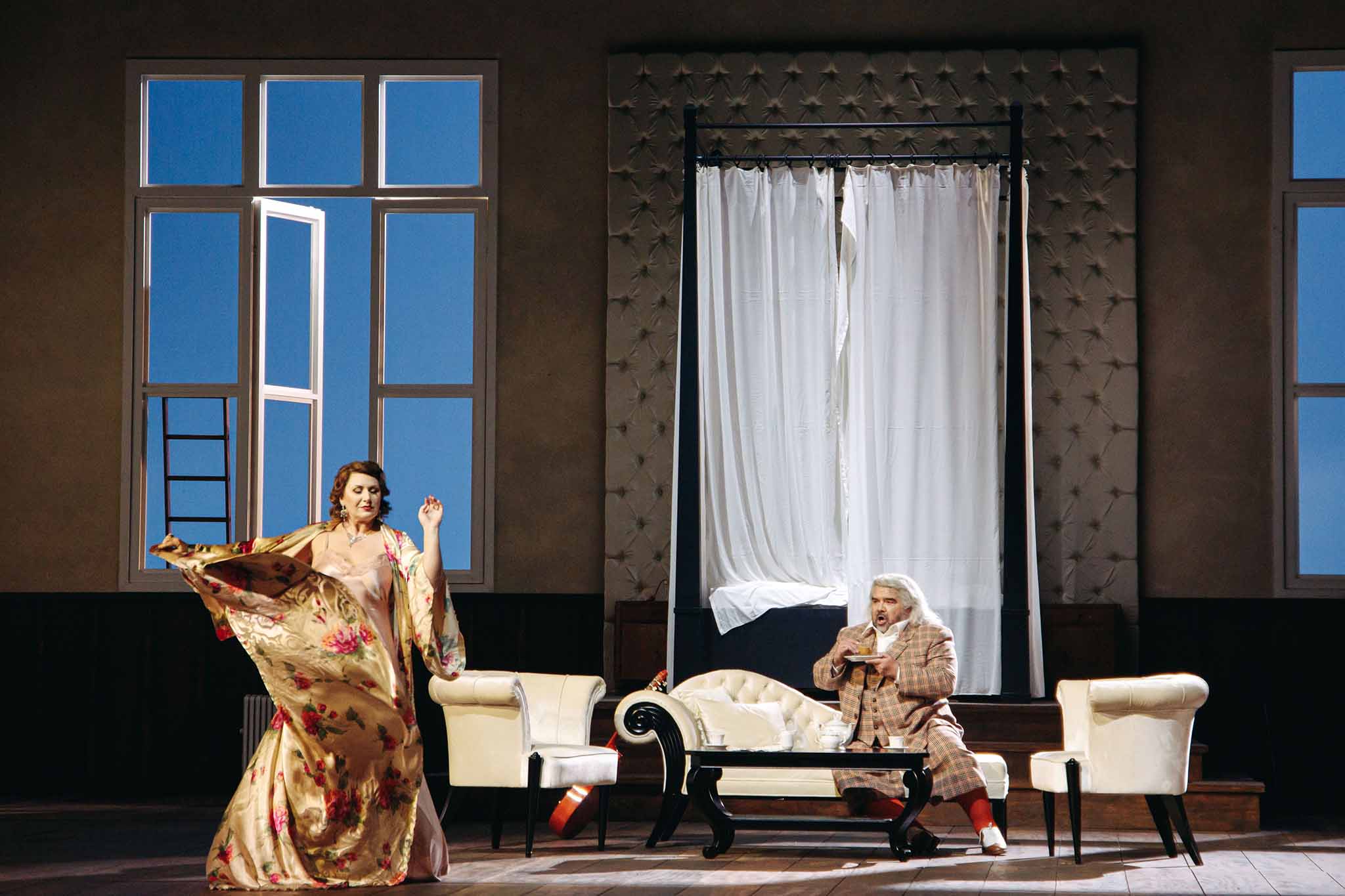 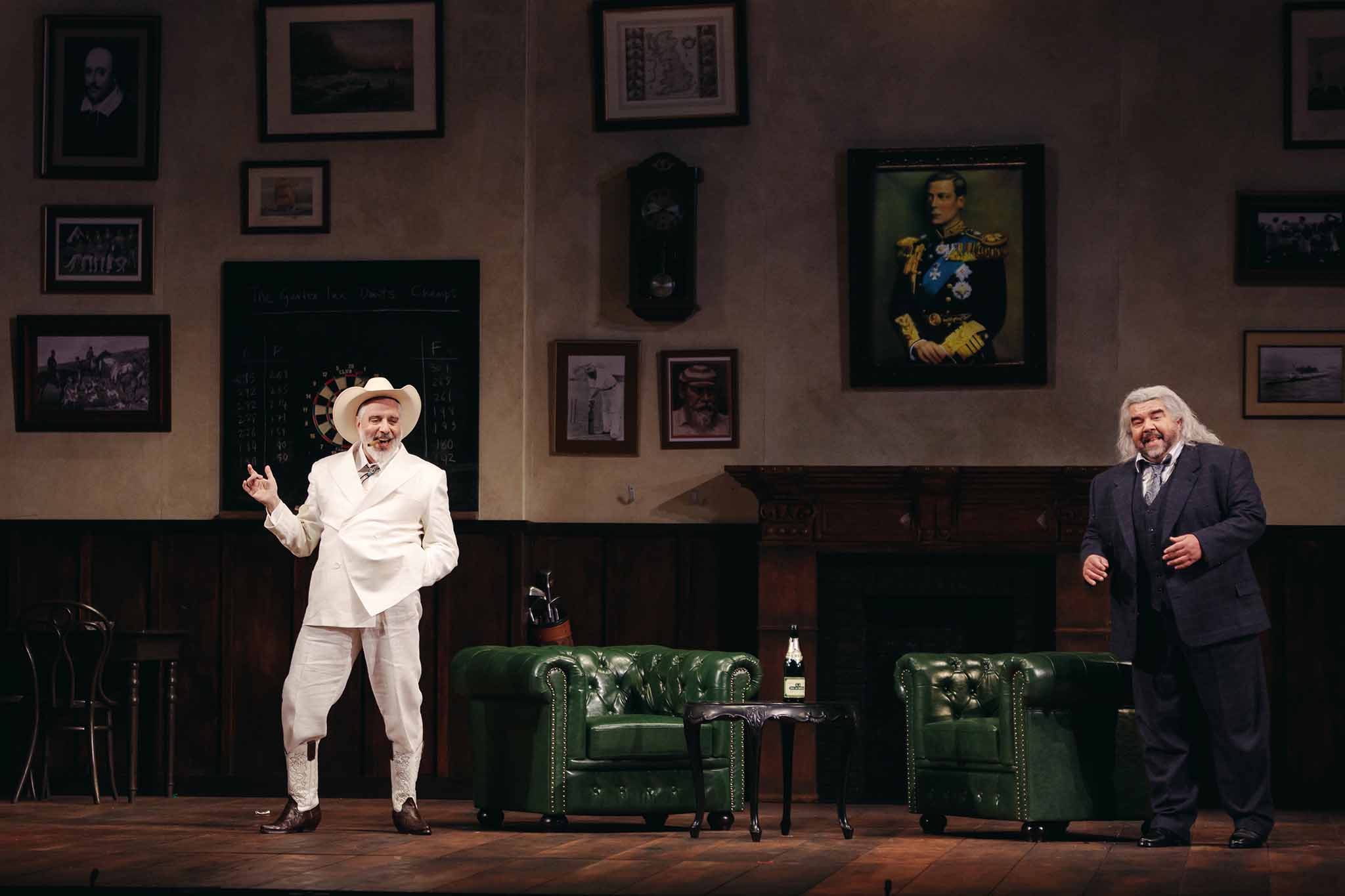 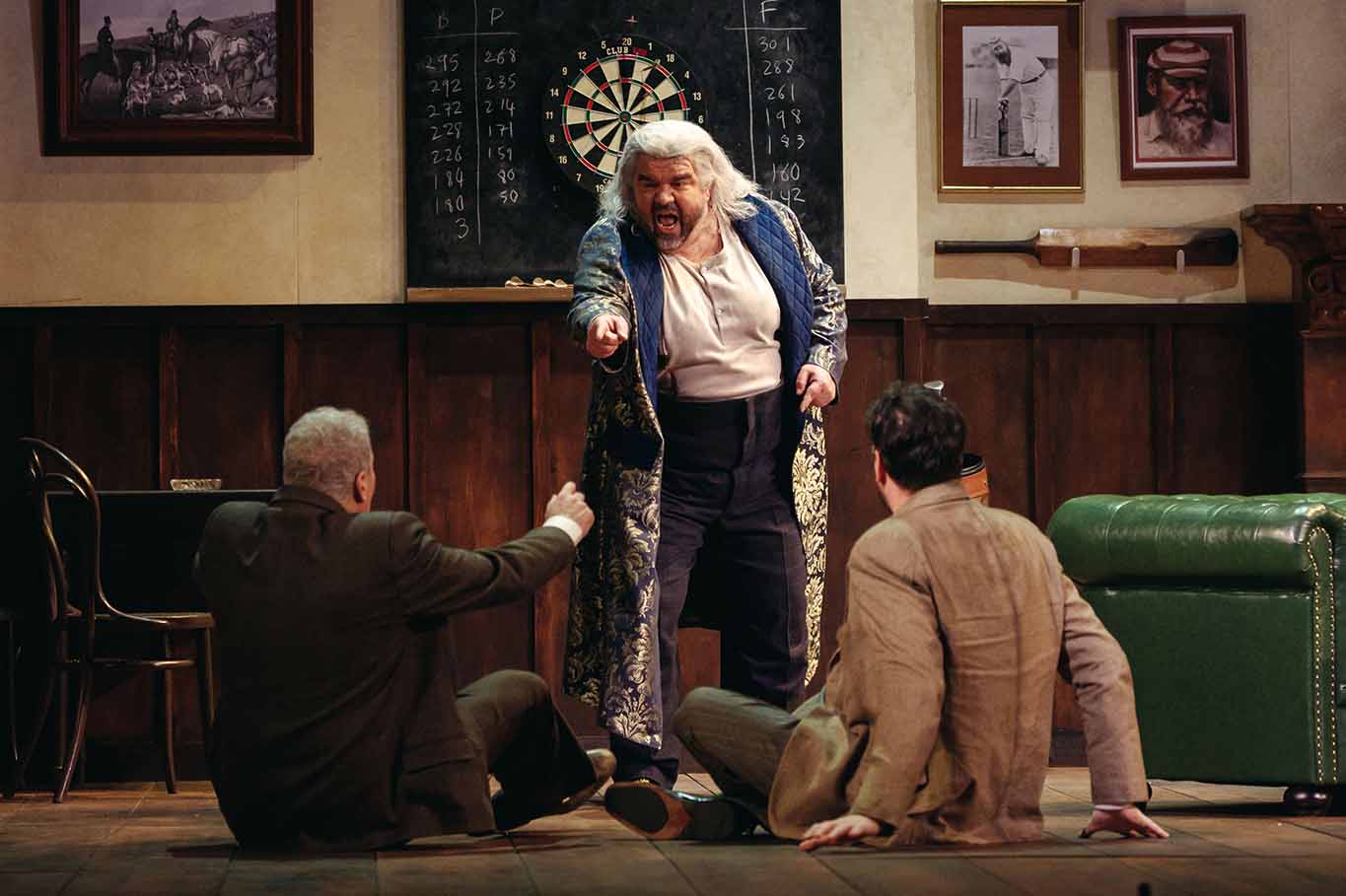