Andrei: Requiem in eight scenes, a new work by Dimitra Trypani commissioned by the Greek National Opera, is to be presented inside the GNO’s Stavros Niarchos Hall at the SNFCC for three performances, on 25, 27 and 28 September 2022, featuring an acclaimed cast of performers. It is a singular, contemporary funeral liturgy for the great filmmaker Andrei Tarkovsky, an artist who rendered thoughts and feelings with images of unparalleled beauty and intellectual vigour. The libretto, written by Pantelis Boukalas, enters into discourse with the German text of the Lutheran Requiem Mass, and with fragments of dialogue drawn from the seven feature films made by the Russian artist.

Andrei is classified as a “sound performance” as, according to the composer Dimitra Trypani, it is sound –namely, text and music strictly interconnected through the score– that serves as the overarching narrative mode. Within Trypani’s composition, major roles are played by chromatic heterophonic and polyphonic structures, polystylistic approaches, and body percussion. Additionally, the incorporated polyglottal elements and dialogue snippets drawn from Tarkovsky’s films are inserted into the overall liturgical text by means of collage techniques.

Commissioned by the Greek National Opera, the work is articulated in eight parts: an introductory scene followed by another seven that correspond to the seven sections of the German Requiem Mass text and, moreover, to the seven feature films Tarkovsky made during the course of his short life.

The composer Dimitra Trypani is engaged in the creation of interdisciplinary music performances, using strictly structured polyrhythmic forms and heterophonic patterns as her main media in her approach to both music and speech. She has worked with numerous renowned orchestras, ensembles, and soloists, both in Greece and beyond. She is an associate professor in Music Theory and Composition with Interdisciplinary Practices at the Ionian University’s Department of Music.

Dimitra Trypani notes: “Andrei is a singular, person-specific requiem for the great filmmaker Andrei Tarkovsky but, beyond this, it is also a requiem for any artist desperately seeking ‘sacred’ silence –an inner peace– amid the tumult inside their soul.

“For a number of years now, I have used sound, both textual and musical, to share certain thoughts I have about fundamental human concerns. The way in which I work is most specific. My practice is characterised by the incorporation of texts I am employing into an orchestrated matrix of strict form; this allows for the creation of a musical flow that includes a poetic style of narration, and for the two art forms to enter into seamless discourse. That is, it allows sound in its entirety –springing from the libretto and the music– to run out towards the spectator or listener like a rushing sonic river. Co-existent within this Andrei sonic river are a libretto by Pantelis Boukalas and the German text of the Lutheran Requiem Mass, as well as scattered fragments of scenes drawn from the seven films made by Tarkovsky.

“Parts of the text are approached metrically, strictly articulated in accordance with their form, and utterly collective as a kind of choral voicing, be it polyrhythmic or asymmetric – almost like a strange, alternative form of hip hop, and often accompanied by body percussion. Other parts have been set to music as classic, unalloyed polyphonic choral sections, and there are parts freely spoken as prose that slices through the silence, breaking the strict metrical form that otherwise permeates the work.

“On stage are eighteen Tarkovsky variants that closely parallel the lead characters –both male and female– that appear in his films, or else evoke a fragmented creative mind that gradually gathers and unifies into compound thought as the performance progresses. The words vocalised by the production’s eighteen exceptional performers –speech that is poetic, cinematic, musical, and overarchingly devotional– are personally uttered by each individual, or else ‘chorally’ expressed by everyone together.

“Andrei is neither concert nor opera nor work of theatre. It is a ceremonial ‘sound performance’ – one you can choose to experience with your eyes open or closed.”

Acclaimed poet, essayist, and journalist Pantelis Boukalas, who wrote the original libretto for Andrei, notes: “I first worked with Dimitra Trypani back in 2019, when she commissioned me to write the poetic reworking of a tragic tale that came to pass in a village on the Mani peninsula in the mid-19th century. This collaboration gave rise to both a music performance –Amiliti (The Silent One)– co-produced by the Paxos Music Festival and the Alternative Stage of the Greek National Opera, and a book of mine, My Silent Miliá: One logos in six voices (Athens: Agra Publications) [Miliá is a woman’s name – in Greek, it sounds both like the word for ‘apple tree’ and the word for ‘speech’ or ‘voice’.]

“In 2021 –caught in the midst of a dispiriting pandemic that called into question all we held certain, our hard-fought achievements, prevailing way of life, and very values, while also revealing that humankind was incapable or unwilling to contemplate and act upon this situation in ways universal– Dimitra proposed we rework the story of one of the 20th century’s most contemplative directors: Russian filmmaker Andrei Tarkovsky, an artist capable of rendering thoughts and feelings with images of unparalleled beauty and intellectual vigour.

“Our partnership once more gave rise to dual results, though –again– not a unified, indivisible pair of works: the sound performance Andrei (commissioned by the Greek National Opera) and my book Christ in the Snow: Seven nights in the world of Andrei Tarkovsky.

“In my attempt to access the dense world surrounding Tarkovsky, I re-watched his seven films many times over, read his books –diaries detailing his tortured life, and his intellectual concerns and inquiries– and consulted every tome tackling his work to have been published in Greek. I also found it necessary, and rewarding, to read the poems of his father, Arseny Tarkovsky, in Greek translation, a man whose presence is distinctly tangible in the films of his son.

“The seven chapters of my meditation overarchingly recount the seven films of Tarkovsky –as seen from an off-kilter poetic perspective that does not equate to a strict biographical approach– and trace the fruits of his powerful artistic sensibilities from Ivan’s Childhood (1962) right through to The Sacrifice (1986). In the work of Tarkovsky, as is the case with many of Russia’s great intellectual artists (foremost among them, his beloved Fyodor Dostoevsky), a consideration of human life cannot be conceived without butting up against the phenomena of religion and theology. This demanded a sporadically biblical tone for Andrei, and the embedding of biblical chorales.

“And yet the theological aspects of Tarkovsky –as I have interpreted and reworked them here– concern not the life to come, not the hereafter, but rather the here and now of human existence: one damaged ever deeper by the fact that a great deal more pain must be endured before the universal acceptance of the ‘dogma’ that says human existence loses its meaning and is left an empty shell in the absence of ethics and spirituality. Which is to say, precisely what Andrei Tarkovsky hated and fought so hard against.” 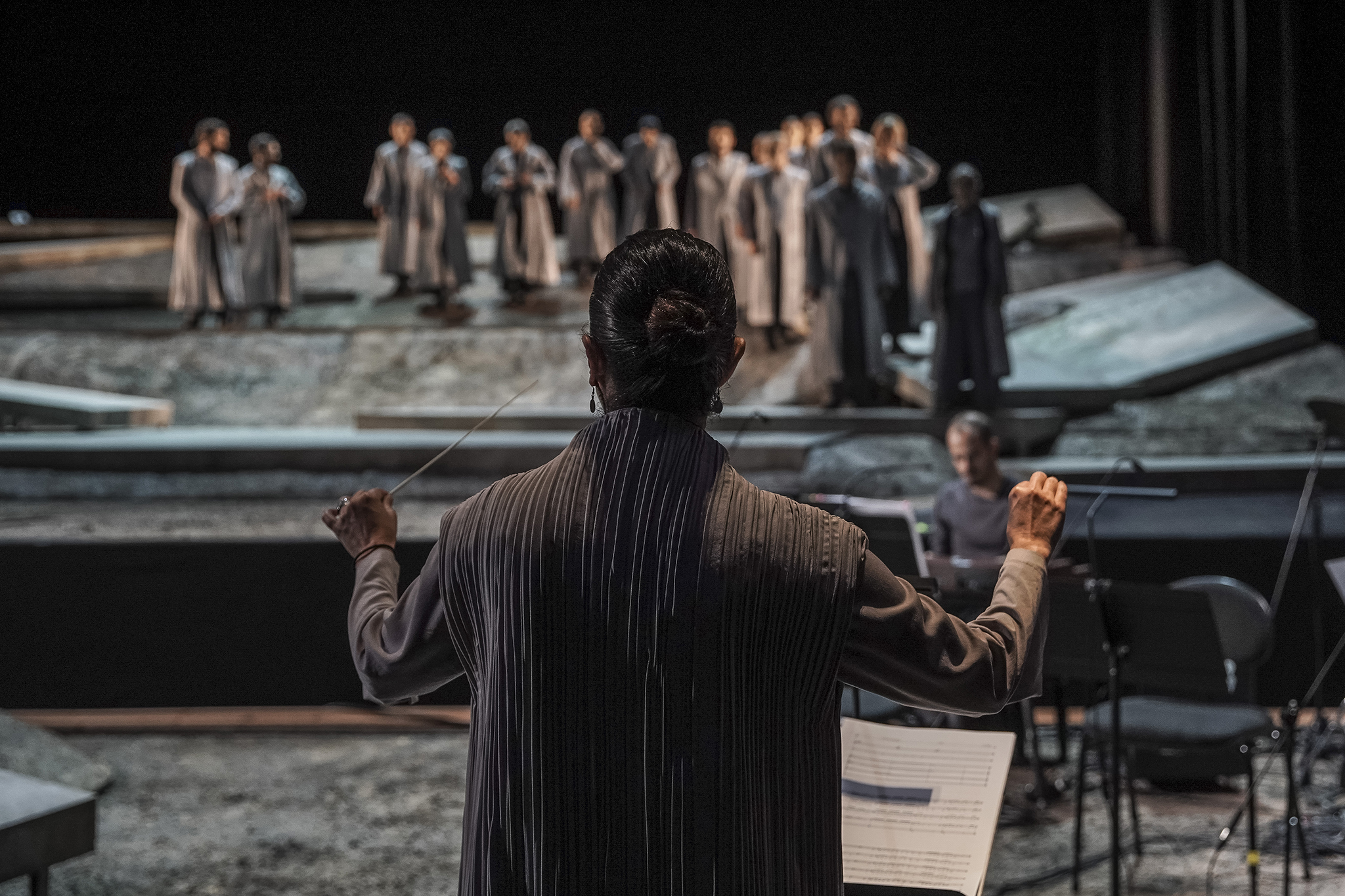 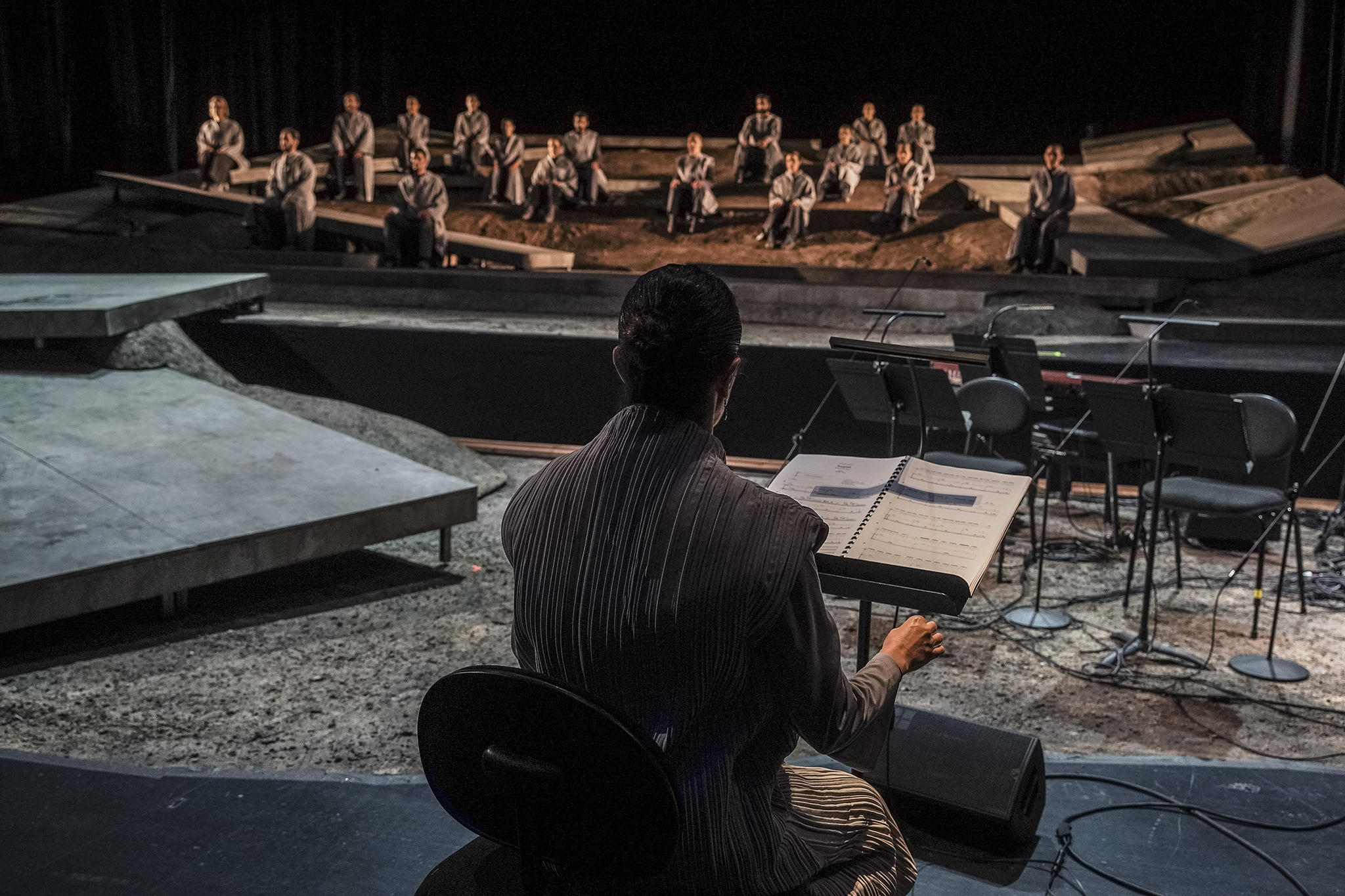 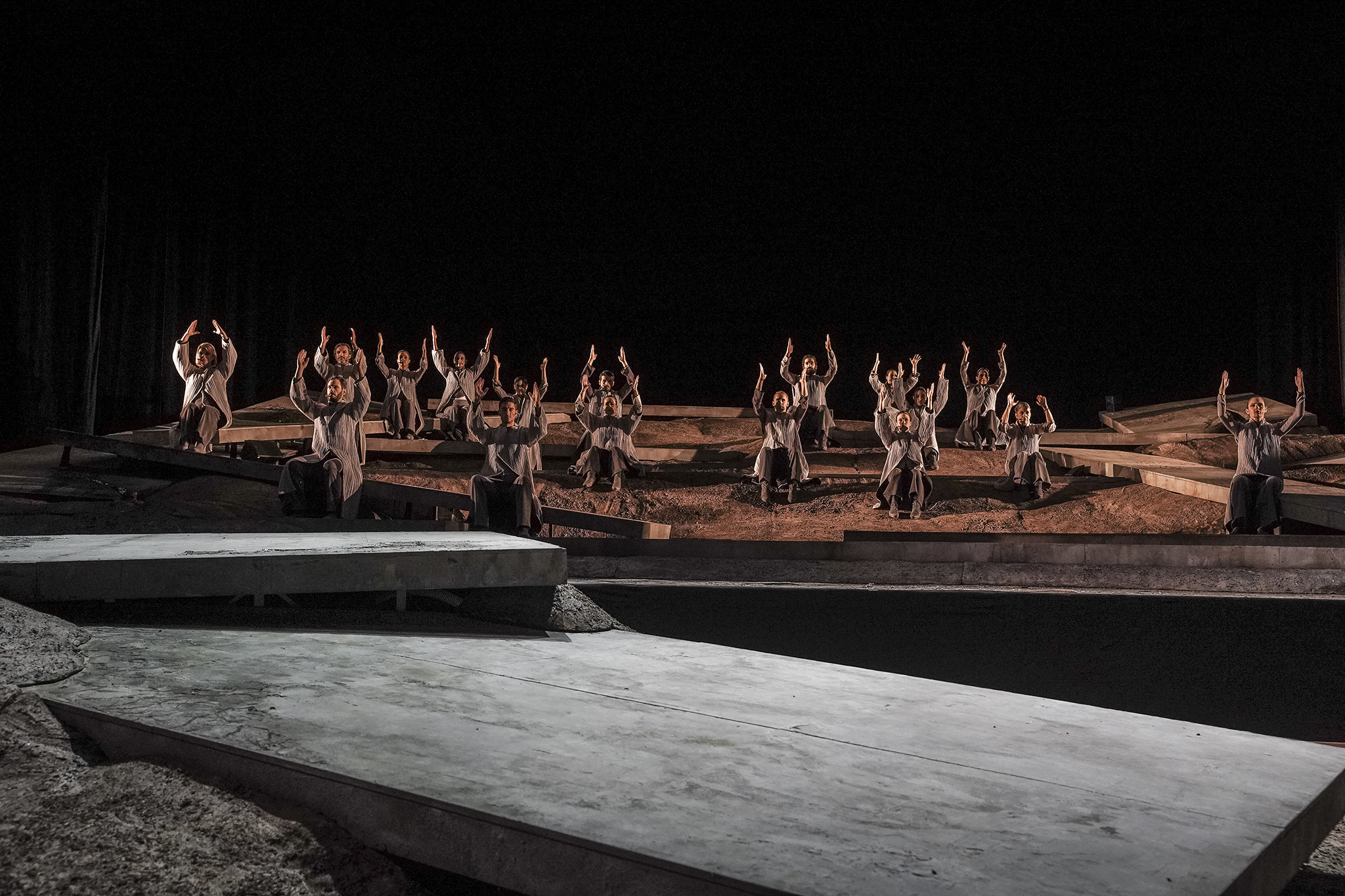