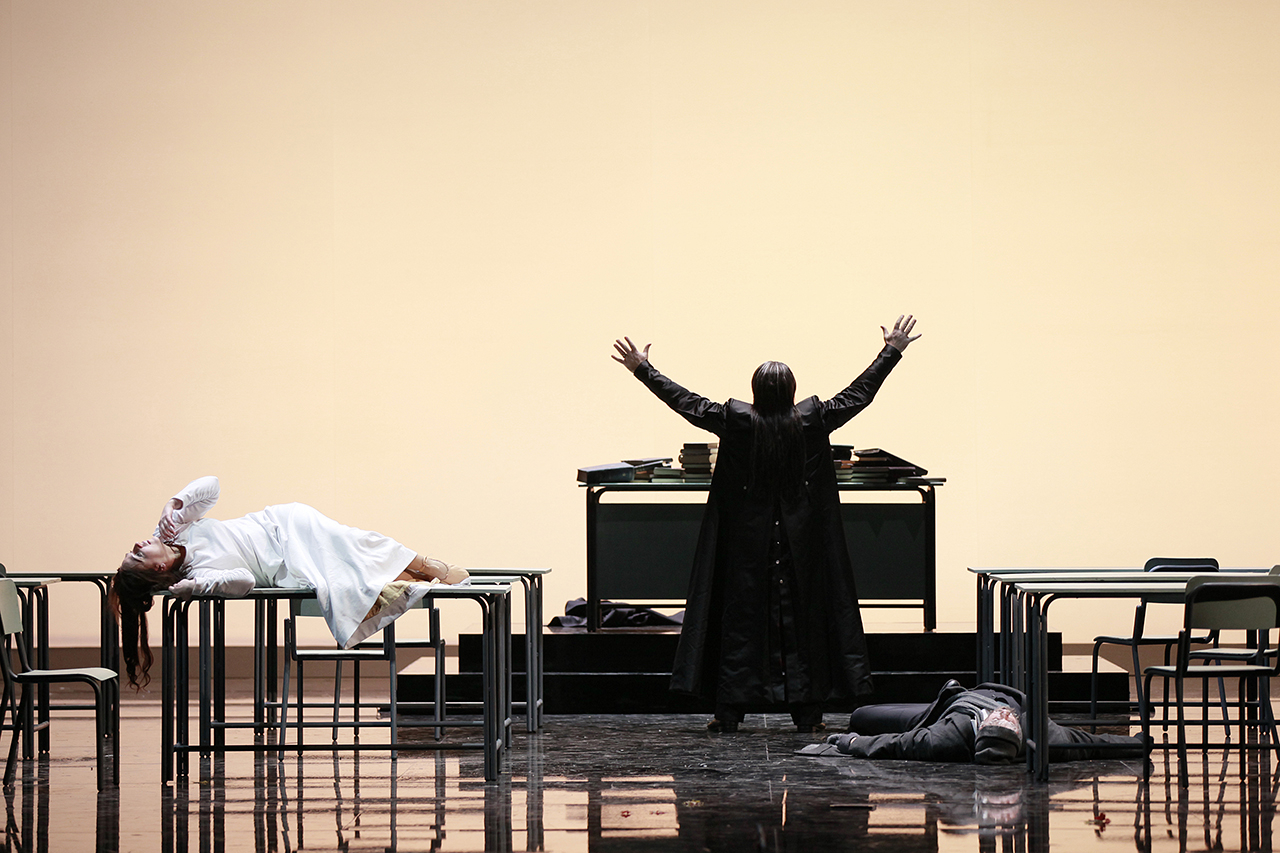 The Greek National Opera presents Charles Gounod’s five act grand opéra Faust –one of the most celebrated works in the French repertoire– for eight performances from 7 April 2022 inside the Stavros Niarchos Hall at the SNFCC, with Pierre Dumoussaud as conductor, and Renato Zanella as director, choreographer, and movement coach. The production stars such acclaimed Greek and international soloists as Ivan Magrì, Yannis Christopoulos, Irina Lungu, Vassiliki Karayanni, Yanni Yannissis, Tassos Apostolou, and Petros Magoulas, among others.

This successful production, that premiered at Megaron – the Athens Concert Hall in 2012, is returning to the Greek National Opera to be presented at the Stavros Niarchos Hall for the first time, conducted by Pierre Dumoussaud and directed by Renato Zanella. Charles Gounod’s Faust is a shining example of the French grand opéra genre, and the first work of its kind to enjoy such international success. Faust has a libretto by Jules Barbier and Michel Carré, who based their material on Carré’s play Faust et Marguerite (1850) and Johann Wolfgang von Goethe’s Faust, Part One (1808) – specifically, the 1828 French translation by Gérard de Nerval. Faust was the most popular opera in the world from its 1859 debut in Paris roughly through to the Second World War.

Only the storyline is taken from Goethe’s play, with Gounod’s Faust doing away with the work’s philosophical underpinnings: an elderly scholar, Faust, sells his soul to Méphistophélès in exchange for youth and love. The opera centres not so much on Faust as it does on Marguerite, who is transformed by love and ends up paying a terrible price for the choices she makes.

Charles Gounod was born in Paris in 1818 and first took piano lessons with his mother. He studied at the Conservatoire de Paris and in 1839 won the prestigious Prix de Rome for his cantata Fernand. In Italy, he studied the works of Palestrina, and other ecclesiastical music. Later, thanks to Fanny and Felix Mendelssohn, he became acquainted with the music of J. S. Bach. In 1851, he composed his first opera – Sapho. In 1859, Faust made the composer famous around the world. There followed the French-themed Mireille (1864), which has recently been brought to the fore once more, and the opera Roméo et Juliette (1867), based on the Shakespeare play. Beyond his opera works, Gounod also composed symphonies and, in the final years of his life, devoted his attentions to works of religious and liturgical music, oratorios, and motets.

The director, Renato Zanella –a former GNO Ballet Director and currently Artistic Director of the Slovenian National Ballet, who also served for a number of years as Ballet Director at the Vienna State Opera Ballet, Arena di Verona, and the Bucharest National Ballet–, has crafted an impressive production that shifts the action to a new setting: an old and empty lecture hall. There, all alone against a backdrop of blackboards densely inscribed with wisdom, Faust is tormented by fundamental questions concerning life and death, love and happiness. Inside his addled mind, Faust meets with Méphistophélès, who uses Marguerite to lead him into temptation, convincing him to sign a deal with the devil.

The production garnered positive reviews when first staged in 2012, for Zanella’s contemporary directorial approach and inventive use of the Ballet company, for the successful instruction of the singers and chorus, and for the consistent dramaturgical approach taken to the work, as well as for Alessandro Camera’s inspired sets and Carla Ricotti’s impressive costumes.

Zanella notes: “I set the action inside an old and empty lecture hall. Time and place are non-specific. Blackboards covered in learning stand all around. Desks sit empty –there haven’t been any students here in years– and yet professor Faust returns each day and continues to teach; he cannot believe that everything has come to an end, that he is now alone. The passage of time, his sadness and loneliness have left him confused and aggressive. Questions concerning life and death rise in his mind. He cannot wait to welcome the day when death will arrive for him, but this time has yet to come.

We learn in order to live or live in order to learn, but what price is paid when someone dedicates their life to their passion, losing sight of reality, neglecting to follow their true feelings?

Faust decides to face death through suicide and, since God won’t answer his questions, he wants to meet with Satan – maybe he can give him the answers he seeks. Satan sends him Méphistophélès, who manages to make him a bargain at the last moment: he will give Faust everything he seeks in exchange for his soul. But Méphistophélès is well clued-up. He knows the love Faust has for one of his students, Marguerite, and –through the cynical game he plays– manifests the object of Faust’s desires. Faust, no longer able to restrain himself, signs the fatal pact.

My directorial approach moves away from both the supernatural and the religious facets of the work to place humankind –in all its weakness– at the heart of the action. Is Faust really made young again, or is Méphistophélès simply showing him what he wants to see? Do they really leave that space to visit other places and go on the most amazing adventures, or do they in fact never leave the lecture hall? Might this room actually be the inside of Faust’s head, packed so full of information that he cannot distinguish what is real from what is imaginary?”

The production is conducted by the acclaimed French maestro Pierre Dumoussaud, in what is his second collaboration with the GNO following Lucia di Lammermoor in 2019. Just days ago, Dumoussaud was awarded the Victoires de la Musique 2022 "Révélation Chef d’Orchestre". Dumoussaud trained as a conductor at the Conservatoire de Paris and completed his graduate studies at Pôle Supérieur Paris Boulogne-Billancourt (PSPBB). Despite his tender years, his broad repertoire extends from the 18th century through to the 21st. He has conducted operas and ballets at major opera houses in France, and has worked with leading orchestras, music ensembles, opera singers, and composers.

The title role is shared between Ivan Magrì and Yannis Christopoulos.

Magrì has garnered numerous awards at international competitions and has appeared at the world’s leading opera houses, in London, Vienna, Berlin, Sydney, Madrid, Venice, and elsewhere.

Christopoulos is one of the most acclaimed Greek tenors of his generation. As a soloist, he has appeared at such venues as the Greek National Opera, Megaron – the Athens Concert Hall, and the Thessaloniki Concert Hall, among others. He has worked with all the major Greek orchestras, and has appeared in productions and concerts at festivals both in Greece and beyond.

The role of Marguerite is shared between Irina Lungu and Vassiliki Karayanni.

Lungu is acclaimed as one of the leading sopranos in the world, with an impressive career that has seen her perform at such major opera houses as the Metropolitan Opera (New York), the Royal Opera House (London), the Vienna State Opera, and Opéra national de Paris, as well as at opera houses in Madrid, Barcelona, Munich, Zurich, Berlin, Amsterdam, and elsewhere.

The performances of Faust on Saturday 16 and on Sunday 17 April 2022 will be fully accessible, in collaboration with the cultural organisation liminal and with the goal of offering an unhindered audiovisual experience of the show for all.  For these two selected performances, there will be seats for deaf/hard of hearing users of the Greek Sign Language, seats for deaf/hard of hearing users of SDH subtitles,  and seats for visually impaired people who will be able to use the Audio Description Service (with or without a guide dog).

As part of the accessibility action cycle “All together at the opera”.

Audience members who want to use the accessibility services are kindly requested to purchase their tickets at the GNO Box Office, by phone at 2130885700 or via email at This email address is being protected from spambots. You need JavaScript enabled to view it. 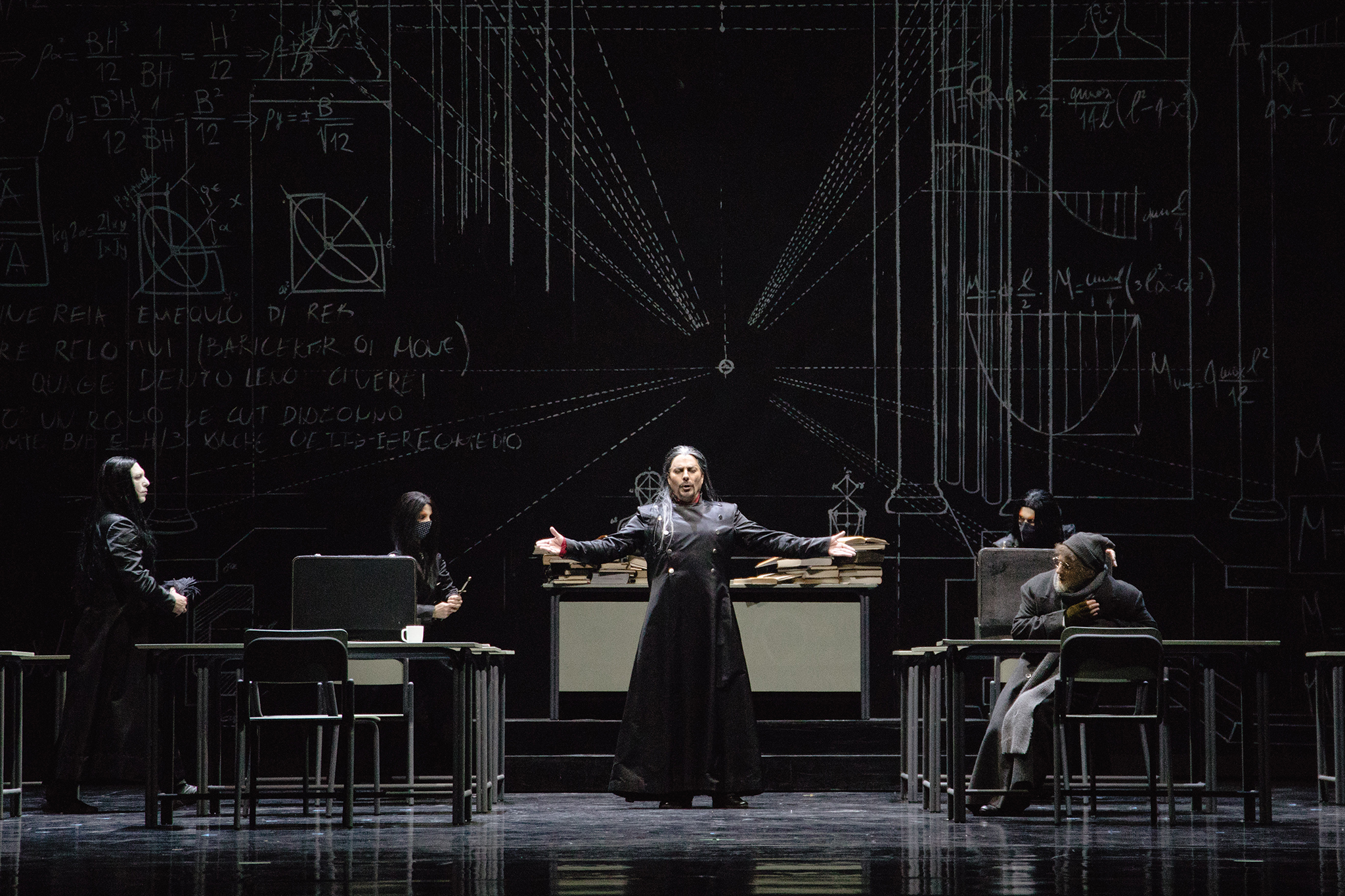 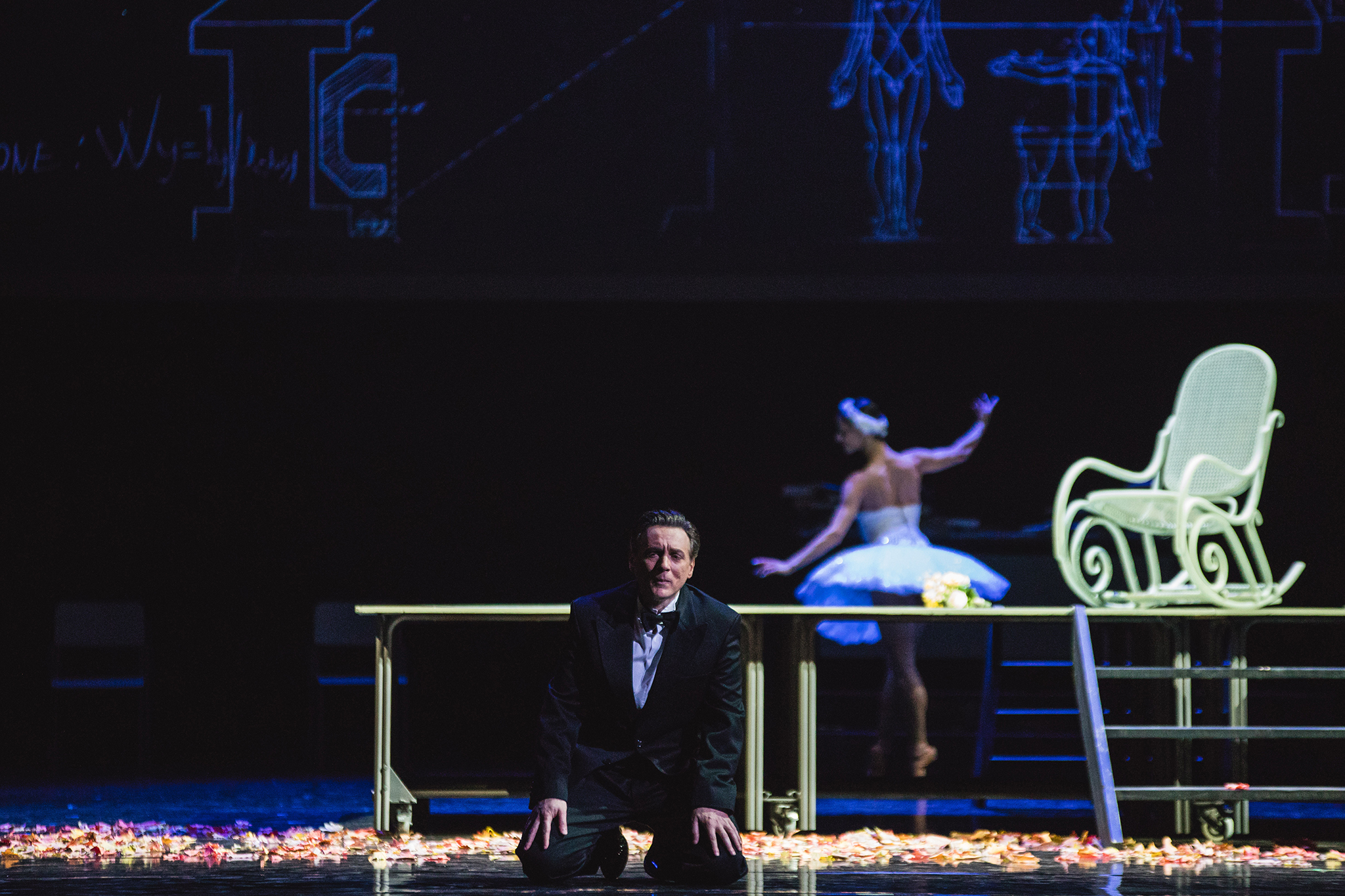 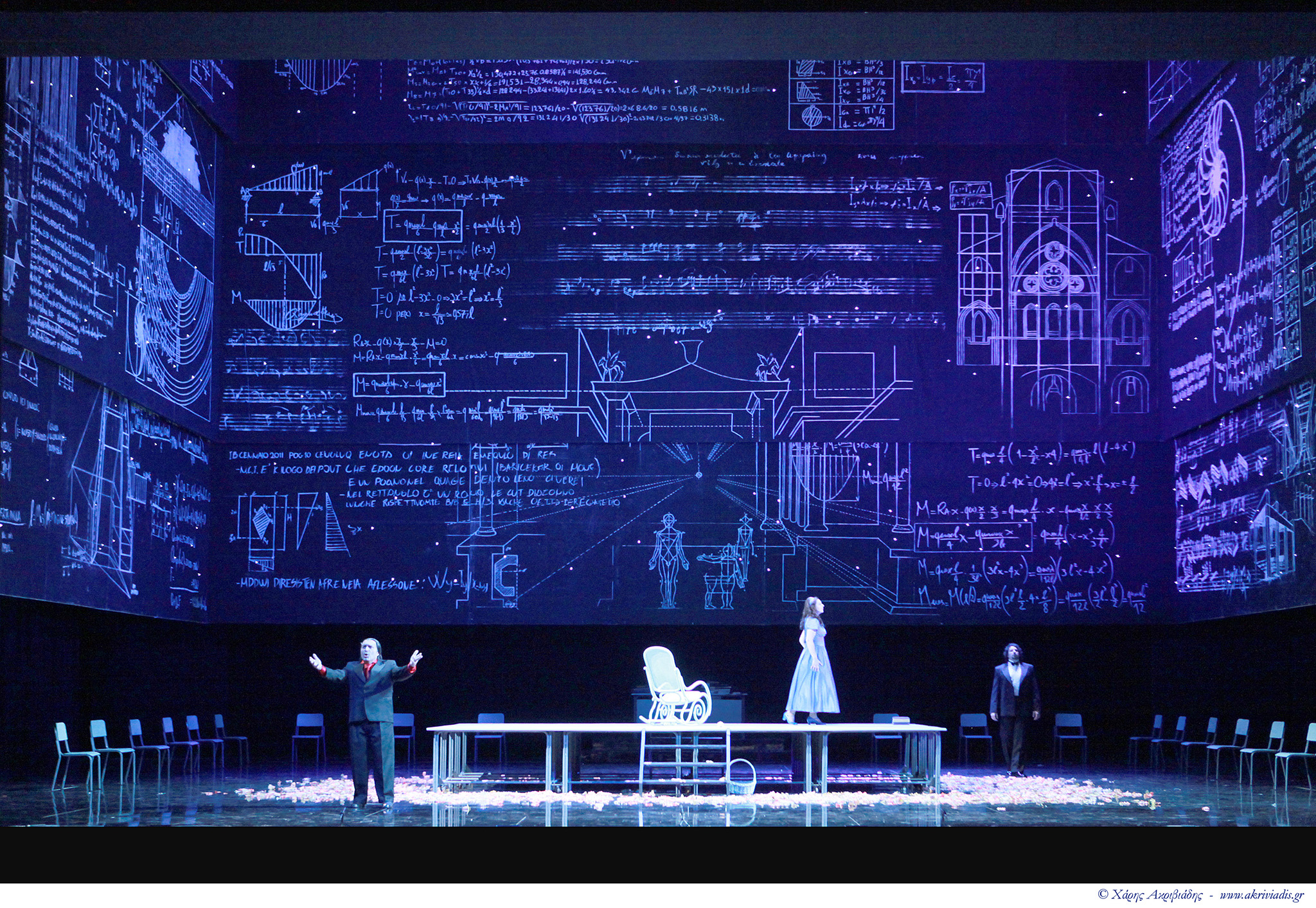 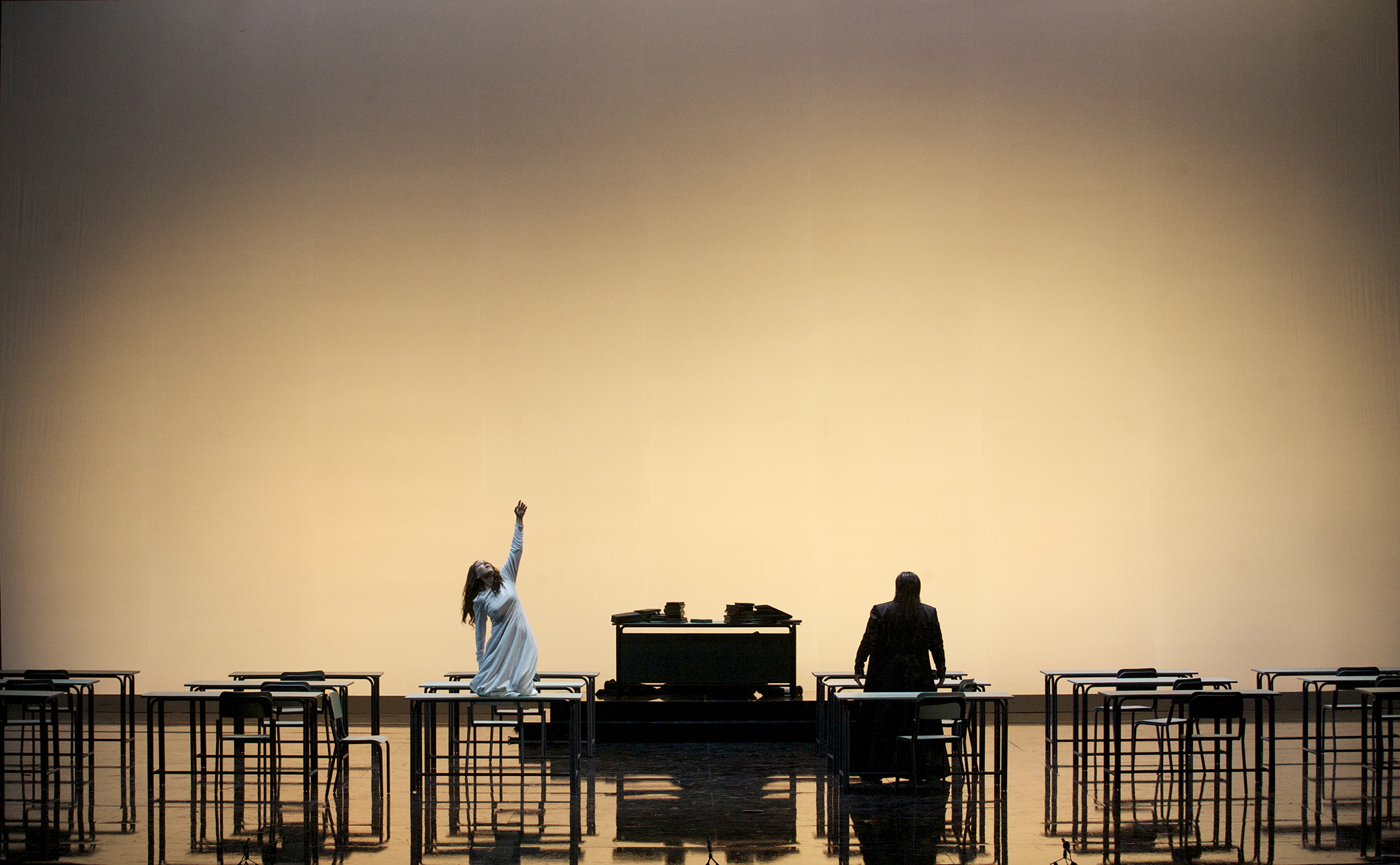 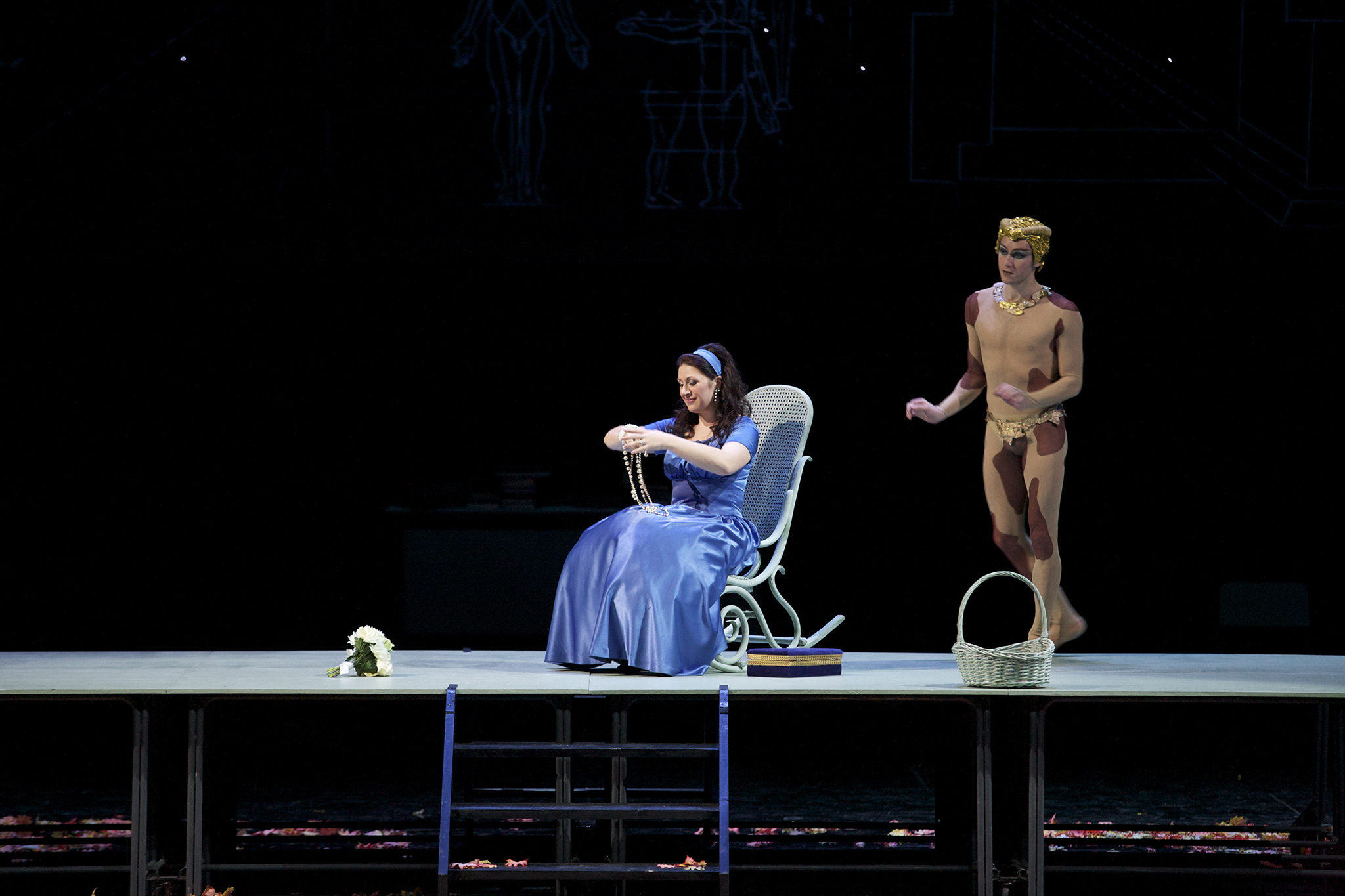