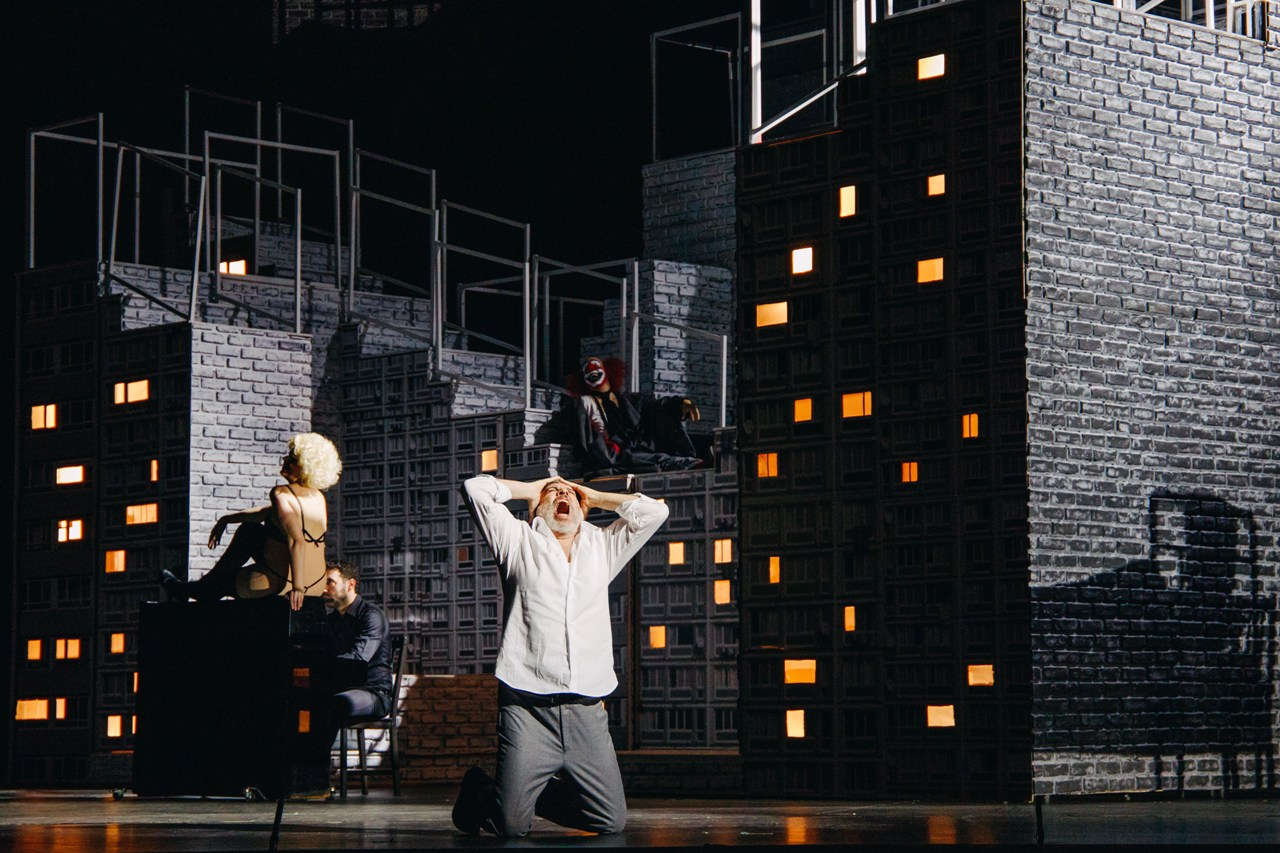 With the GNO Orchestra, Chorus and Children’s Chorus as part of its educational mission

One of the 20th-century lyric theatre masterpieces, Alban Berg’s Wozzeck, will be presented for the first time by the Greek National Opera in a new production directed by the top French director Olivier Py.

In the title role, the internationally acclaimed Greek baritone of the GNO, Tassis Christoyannis, will sing for the first time one of the most taxing roles in the modern repertory.

The opera is based on Georg Buchner’s play Woyzeck, which remained unfinished and was published in 1879, more than forty years after the writer’s death. It recounts scenes from the miserable life of soldier Wozzeck in a village. When his wife cheats on him, Wozzeck kills her and after that, in his attempt to cover his tracks in a state of delirium, he drowns in a lake. Wozzeck is one of the first extensive operas of the 20th century written in an atonal idiom with the use of Sprechgesang – a type of vocalization between speech and song. Both due to its importance for the history of music modernism and for the quality of its music in itself, it has been a staple of the repertory of all major opera houses in the world.

Olivier Py, director of one of the world’s most important festivals, the Festival d’ Avignon,  is considered one of the greatest figures of the modern French culture. In his threefold capacity as actor, author and director, he has worked in cinema, theatre and opera, driven always by his determination to engage through his art the concerns of our times in a poetic and at the same time political dialogue. Since 1999 when he directed his first opera in Nancy, until today he has presented highly successful opera productions in Geneva, Lausanne, Salzburg, Lyon, Amsterdam, Barcelona, Paris, Brussels, Vienna, Moscow, Munich, Berlin, etc. His artistic identity is clear, and the political aspect of his work is recognizable. Having as a steady collaborator scenographer-costume designer Pierre-André Weitz, his productions are marked by impressive settings in constant movement, plays of contrasts between the dark and neon lights, masks, naked bodies and a cabaret aesthetics. The director notes about the production: “I visualize a political but also metaphysical Wozzeck. It is a work which - I’ d dare say- looks like an ancient Greek tragedy, except it is not about a king, but speaks of a simple man who becomes an unhappy hero. Berg gave Buchner’s play – a play most notably political- a metaphysical dimension – turning Wozzeck into a kind of modern Christ”.

The opera will be conducted by Vassilis Christopoulos, one of the most important conductors of the younger generation, who has conducted with great success Strauss' Elektra -for the GNO official opening at the SNFCC premises in October 2017-, as well as Shostakovich’s Lady Macbeth of Mtsensk in May 2019.