The Greek National Opera’s first production for the tribute programme of 2021 comes to nationalopera.gr/GNOTV/en from 31/3 to 31/7.

The first production of the Greek National Opera’s tribute programme to the bicentennial of the Greek Revolution comes to GNO TV from 31 March to 31 July 2021. Umberto Giordano’s emblematic opera Andrea Chénier is conducted by Philippe Auguin, directed and with sets, costumes and lighting by Nikos Petropoulos, and with a world-class starry cast including Marcelo Álvarez, Dimitri Platanias, Maria Agresta, etc. This production, part of a tribute to the 2021 bicentennial of the Greek Revolution, is made possible by a grant from the Stavros Niarchos Foundation (SNF) [www.SNF.org].

The life of the famous French poet André Chénier (1762-1794) was the subject of the most successful opera (set to a libretto by Luigi Illica) of Umberto Giordano  ̶ one of the most representative exponents of operatic verismo, and in particular of the Giovane Scuola. The opera premiered at La Scala, Milan, on 28 March 1896, a century after the French Revolution  ̶ which is also when the action is set– whose ideas decisively affected the developments in Greece that gave rise to the 1821 Revolution.

The hero who bears the name of the opera’s title was born in Istanbul to a French father and a Greek mother. We first meet him in 1789 in the Parisian aristocracy circles supporting the French Revolution and joining the revolutionary movement along with Gérard. Gérard (a role based in part on the French Revolution hero Jean-Lambert Taillen) turns from a servant of aristocrats into a leading figure of the sans-cullotes, namely the people from the lower strata of the bourgeoisie who were actively involved in the revolutionary political struggle (sans-cullotes means “those without breeches” – because in contrast to the aristocrats who wore knee-breeches [cullotes], they wore trousers). However, their love for the same woman turns the friendship between the two men into a rivalry. Three years later, when Chénier gets arrested as a conspirator against the Revolution for decrying the atrocities committed under the Reign of Terror, Gérard is the one who will prepare the indictment against him. Although he will later realise his mistake and try to set the poet free, his effort will be in vain, and Chénier will be led to the guillotine.

Andrea Chénier at a glance

The composer Umberto Giordano was born in 1867 in Foggia, Southern Italy, and studied at the Naples Conservatoire. Although his one-act opera Marina did not win the Sonzogno publishing house’s competition for young composers in 1890, it did however draw enough attention so that he would be commissioned to compose a new work, Mala vita (1892), which was hugely successful in Rome, Naples, Vienna, Berlin and Milan. In 1896 Andrea Chénier’s presentation at La Scala, Milan, made Giordano famous, and two years later his Fedora starring Enrico Caruso made him rich. Giordano died in Milan in 1948 at the age of 81.

The opera Labelled as a drama in a historical setting, the opera Andrea Chénier is focused on the late years of poet André Chénier.

Premieres The world premiere of Andrea Chénier took place at La Scala, Milan, on 28 March 1896 with huge success. The main roles were performed by stars of the time. Andrea Chénier was first performed by the Greek National Opera –which first opened in 1940– on 13 March 1965 at the Olympia Theatre.

Act I On the eve of the French Revolution. During a reception at the Coigny’s château, Gérard, the master of the household, is indignant when he sees his father in a corner of the ballroom, exhausted by the long years of heavy work in the service of the nobles. Among the guests is poet Andrea Chénier. Maddalena, daughter of the Countess of Coigny, asks him to improvise a poem. He responds that no one can force inspiration. However, annoyed by the ensuing comments, he improvises some lyrics about human misery, while denouncing the powerful of this world, the state and the church. The ball is interrupted by the voices of insurgent peasants asking for food. Gérard quits and throws his livery at the feet of the Countess. After the revolutionaries leave, the Countess reflects on her charities and calms her consciousness. The reception continues.

Act II Paris, 1794. Five years later, Chénier is disappointed with the reign of Terror. His friend, Roucher, gives him a passport and encourages him to leave the country, since, as he reminds him, his association with general Dumouriez has made him a suspect. The poet is reluctant, as an unknown woman sent him a letter asking to meet him on that same evening. She is Maddalena, and despite the risk, the two youngsters meet and confess their love for each other. Gérard who is now a follower of Robespierre, namely in the opposite camp, shows up. He tries to kidnap Maddalena, but Chénier wounds him, and Roucher gets the girl out of there. Believing he is dying, Gérard advises Chénier to avoid the wrath of prosecutor Fouquier-Tinville, his enemy, and to protect the girl. Chénier gets away. When help comes and Gérard is asked to reveal his assailant, he refuses to do so.

Act III Chénier has been arrested and Gérard writes down his indictment, declaring him an enemy of the Revolution. Maddalena rushes to Gérard, asking him to save Chénier. Gérard, who has been secretly in love with Maddalena since childhood, asks her to give herself to him in return. When Maddalena agrees, Gérard realises the magnitude of her feelings for Chénier and backs off. During the trial, despite the impressive way in which Chénier defends himself, Gérard can’t seem to be able to help him, although he confesses that the accusations he himself wrote down were not true. The poet is sentenced to death.

Act IV Chénier is waiting for his execution in the prison of Saint-Lazare. With Gérard’s aid, Maddalena manages to get into the prison, where she changes places with another female prisoner, determined to die by her loved one’s side.

Born in Nice, France, he is considered among the most sought-after conductors worldwide. He has been assistant conductor to Herbert von Karajan and Sir Georg Solti, while from 2010 to 2018 he was music director of the Washington National Opera. Auguin has led an extraordinary career conducting the most prestigious orchestras in a vast operatic and symphonic repertoire in the world’s major opera houses and festivals. At the Greek National Opera he has conducted Tannhäuser (2009), Nabucco (2018), La sonnambula (2019) and Don Carlo (2020), while during the 2019/20 artistic season he was an “Artist in Residence”.

Born in Athens, he studied scenic design at the Academy of Fine Arts in Rome, Italy, as well as architecture. He has collaborated with the National Theatre of Greece, the National Theatre of Northern Greece and the free theatre in more than 150 productions. He also designed sets for television series. In 1985 he turned to opera, directing as well as designing sets and costumes for productions in Greece and abroad. For the GNO he has staged numerous productions to great acclaim. In 2009 he received the Grand Prize of the Union of Greek Critics for Drama and Music.

Argentinian tenor, he has performed in the major theatres of the world including the Metropolitan Opera in New York, Royal Opera House (Covent Garden, London), Opéra national de Paris, Vienna State Opera, Teatro Real in Madrid, Teatro Colón in Buenos Aires and La Scala in Milan. His vast repertoire includes the most significant tenor roles from belcanto to the French operas and verismo. He has collaborated with leading conductors and his discography includes more than 30 recordings with major record companies including Sony and Decca. This is the first time he performs at the Greek National Opera.

With the Orchestra, Chorus and members of the GNO Ballet

Tickets for Andrea Chénier on GNO TV cost 10 euros and are sold in advance at www.ticketservices.gr/en and https://tickets.public.gr/

With the 10-euro ticket viewers can: 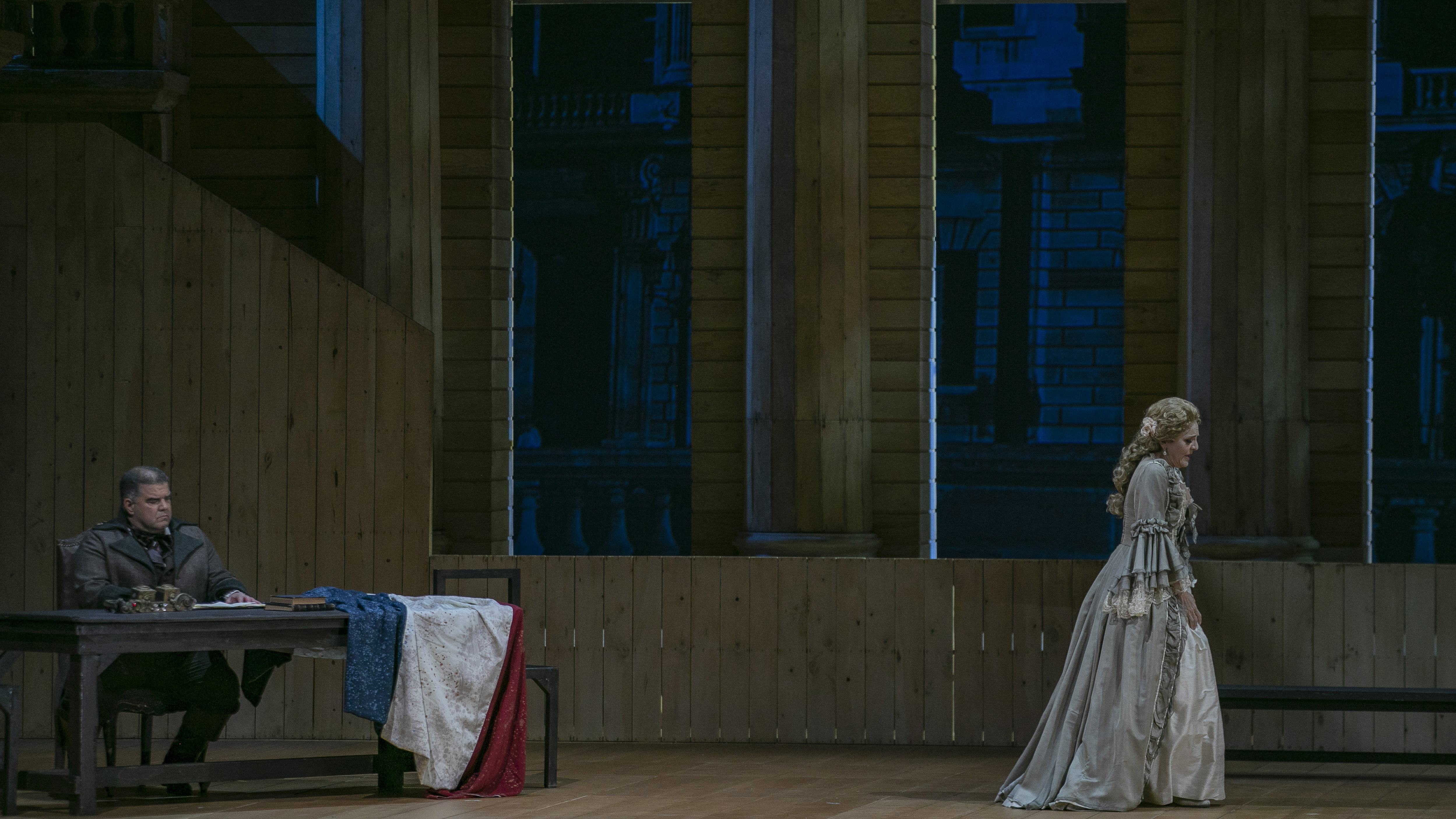 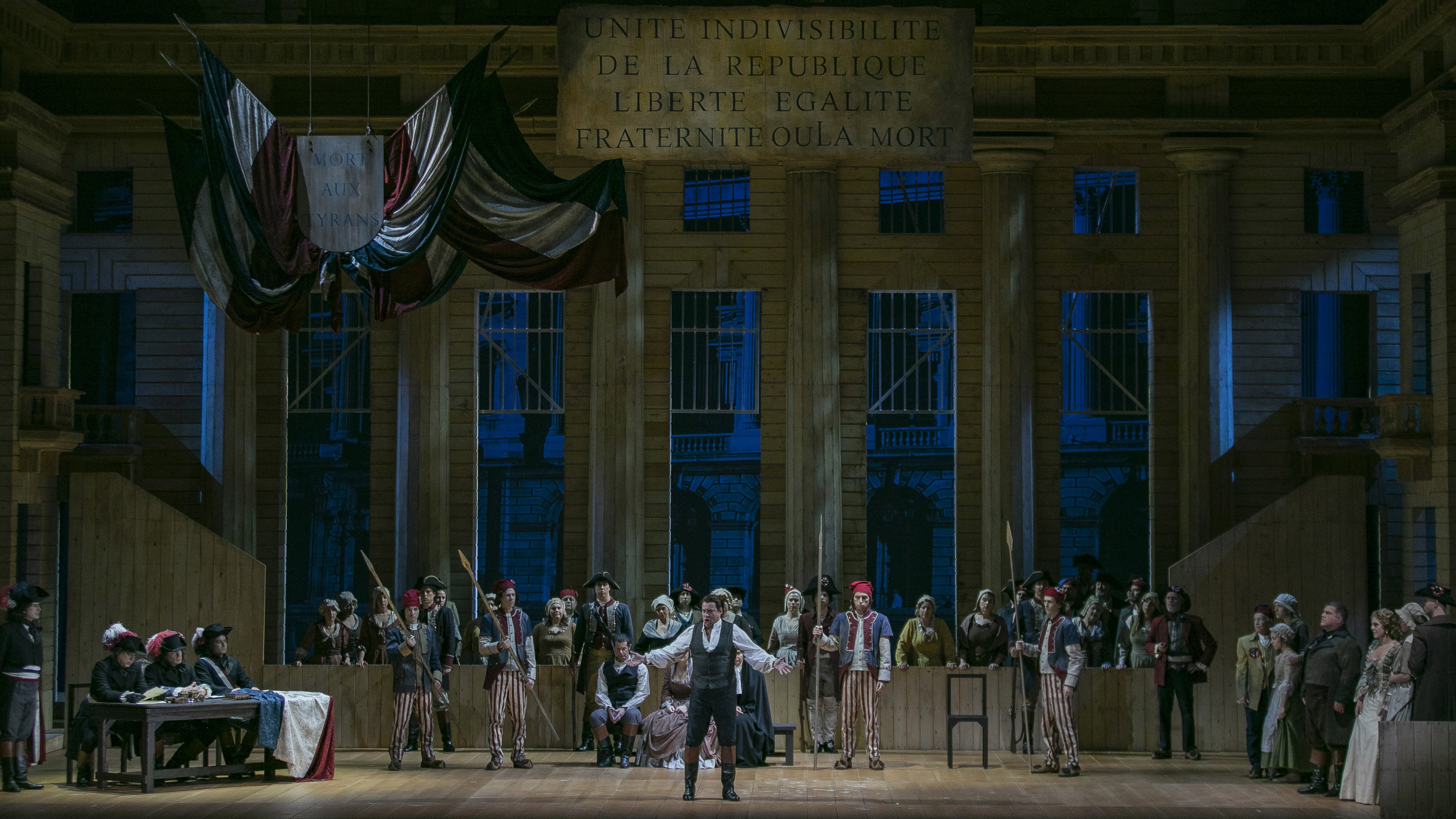 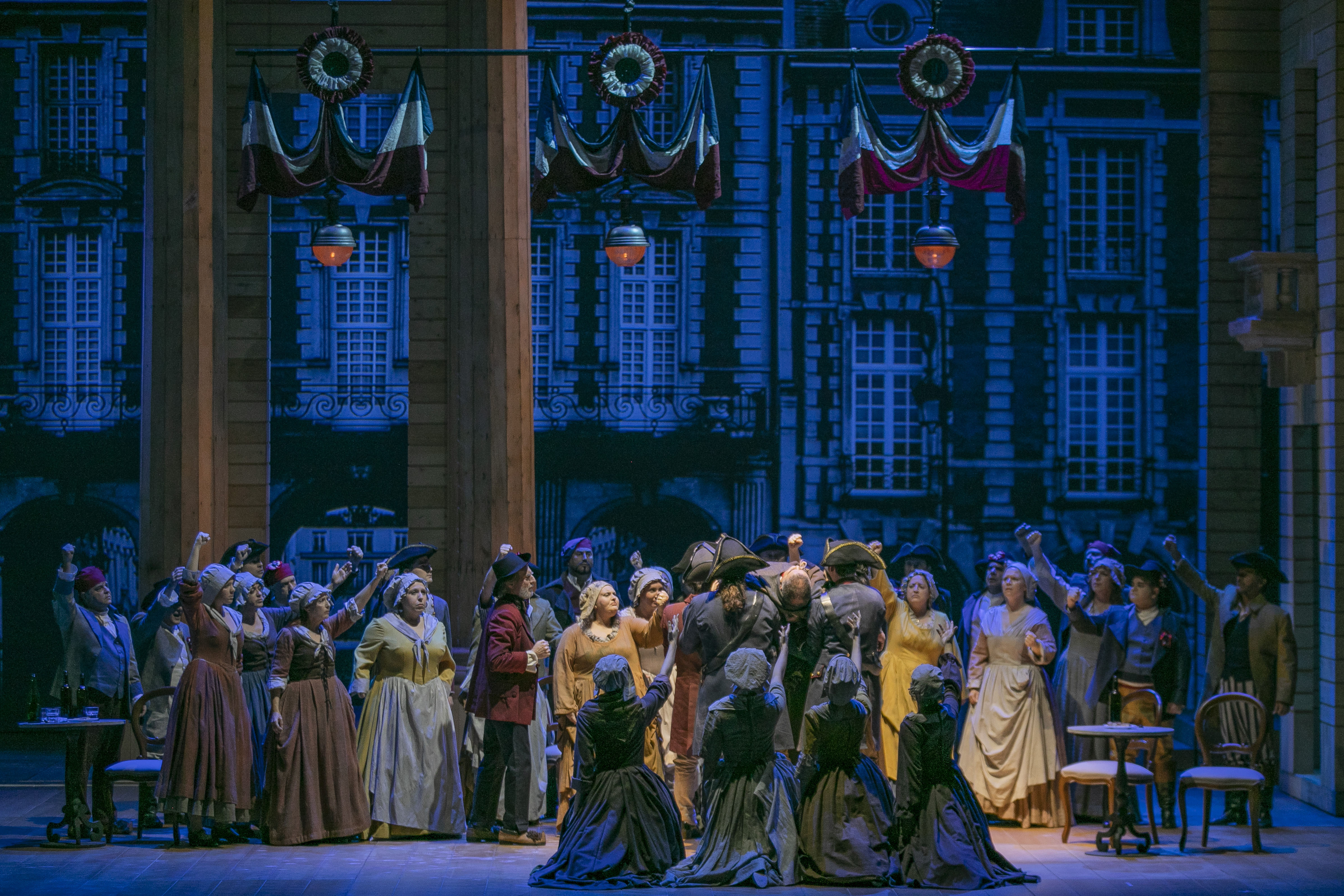