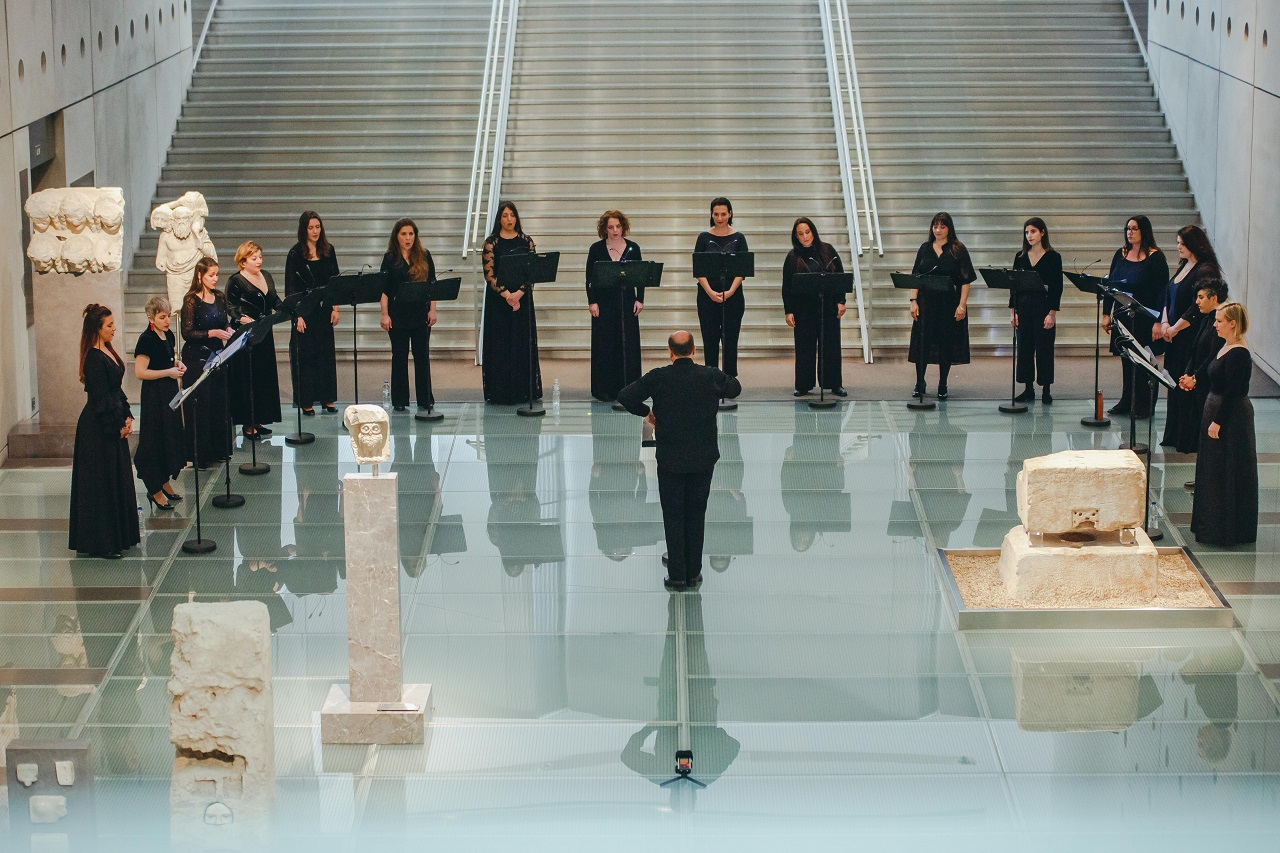 Free admission upon priority vouchers that will be distributed from Monday 30 May, at 12.00,  exclusively via ticket services.

The newly founded female vocal ensemble Equábili conducted by Agathangelos Georgakatos will give its first official concert on the Greek National Opera Alternative Stage at the Stavros Niarchos Foundation Cultural Center, on Wednesday 1 June 2022, at 20.30. Admission will be free. At the concert on June 1 Εquábili will introduce themselves to the Athenian audience through a singular programme of choral works for a cappella female voices by composers of the Renaissance, the Romantic era and the impressionist period, as well as of modernist works of the 20th century.

Εquábili’s first official appearance, which was met with great success and was highly acclaimed by critics and audiences alike, was made in April 2022 at the entrance level of the Acropolis Museum, as part of the 1st Sacred Music Festival of the Greek National Opera.

Εquábili is a new vocal ensemble founded in March 2022 on the initiative of a group of female singers with a common interest in a cappella choral singing and conducted by the GNO Chorus Master Agathangelos Georgakatos. The ensemble focus on the performance of a cappella choral works from all periods of musical history, with special emphasis on the modern and contemporary eras (20st and 20st centuries).

The event “Εquábili Vocal Ensemble in Concert” is part of the GNO Alternative Stage’s strand of programming titled “SUNDAY MORNINGS” that falls under the Act “FESTIVAL EVENTS OF THE GNO ALTERNATIVE STAGE” (MIS 5004053), code 2017ΕΠΑ08510107 (Axis 06 of the “ATTICA” O.P.), and is co-financed by the European Regional Development Fund (ERDF) and National Funds.