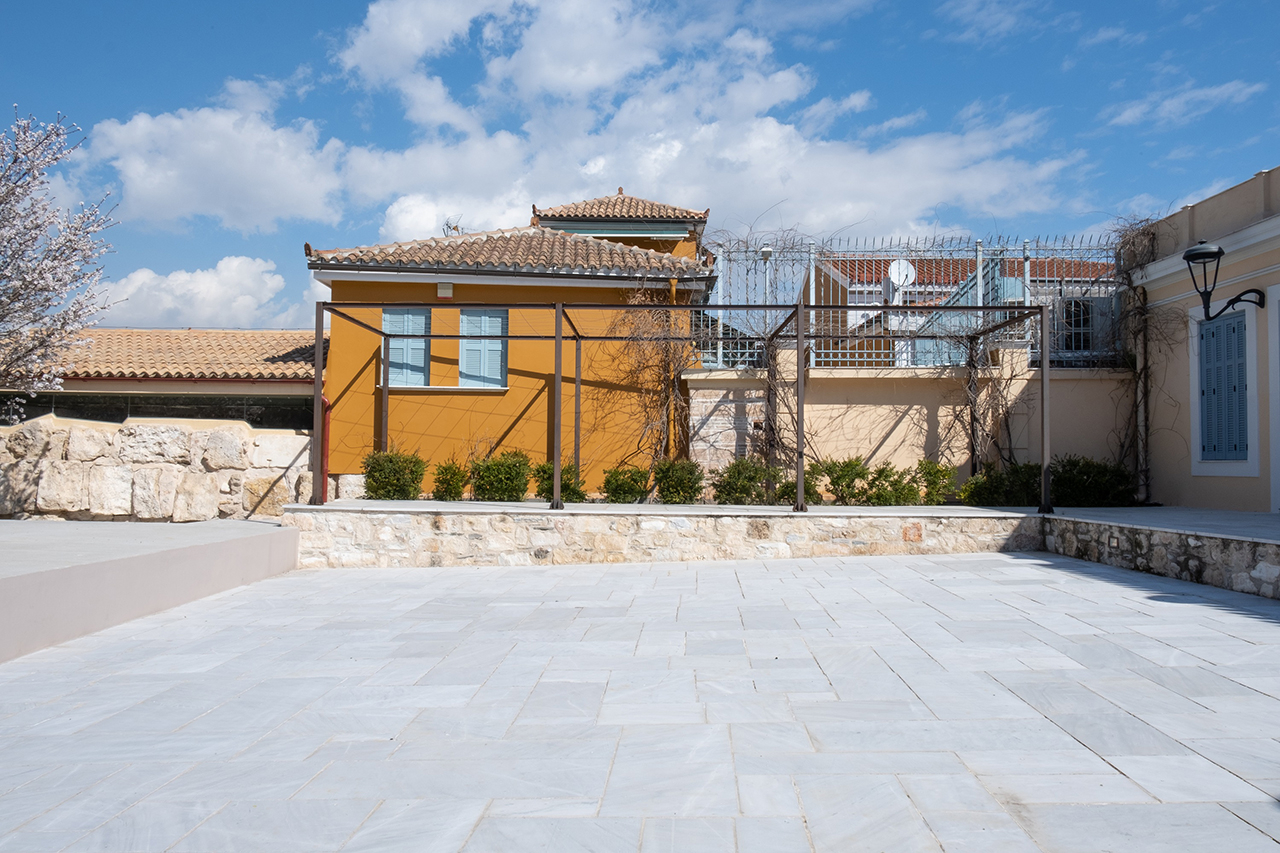 Papadiamantis – The memory of the righteous is a blessing

The Tropos Byzantine Choir under the baton of Protopsaltes and Master of the Psaltic Art Constantinos Angelidis performs ecclesiastical hymns associated with Alexandros Papadiamantis and his profound relationship with the Christian Orthodox tradition.

Alexandros Papadiamantis (1851-1911) was one of the most important modern Greek literary authors. He went down in history as “the saint of Greek letters” because of his deep religiousness captured in his works. Raised in the hesychastic tradition of the Kollyvades monks of Mount Athos, who had fled to Skiathos at the time, he draws inspiration from the Christian Orthodox faith and the Greek tradition. As he himself writes: “As far as I am concerned, for as long as I live and breathe and I am sound in mind, I will never stop […] praising and worshiping my Christ, describing nature with love and depicting the pure Greek morals with affection.”

During his stay in Athens as a cantor, Papadiamantis was involved in the small church of St Elissaios in Plaka. In processions and mainly in vigils, priest Nikolas Planas used to officiate while Papadiamantis would chant along with his cousin Alexandros Moraitidis, who also was an author. Their serious, solemn and mystagogical chanting attracted music-loving and religious Athenians.

Noteworthy is the fact that, apart from his famous short stories, Papadiamantis also wrote ecclesiastical hymns and poems, four of which are extant to this date.

Born in Tripoli, Greece, he studied at the Athens Higher Ecclesiastical School and at the Faculty of Theology (University of Athens). Moreover, he studied Byzantine music with Constantinos Tassopoulos and Lycourgos Angelopoulos. He has been serving the psaltic art since 1981. In 2014 he became Protopsaltes at the church of St Anargyri, Dependency (Metochi) of the Holy Sepulchre church (Plaka, Ath­ens). He teaches Byzantine music in schools, conservatoires, music schools of Holy Metropolises, monasteries, etc. He has been teaching at the School of Byzantine Music of the Holy Archdiocese of Athens since 1996. As a member of the Hellenic Byzantine Choir under Lycourgos Angelopoulos, he participated in hundreds of events worldwide (1983-2008). He has been a music producer for the Hellenic Broadcasting Corporation (1985-2005), and since 2009 he has been cooperating with the Church of Greece Radio. In 2005, he founded the Centre for the Study of the Psaltic Art and the Tropos Byzantine Choir, which he has directed in concerts and liturgical services in Greece and abroad, as well during the recordings of 30 CDs.

Tropos Byzantine Choir – Centre for the Study of the Psaltic Art

The Tropos Byzantine Choir was founded by Constantinos Angelidis and his collaborators at the end of 2005. It has performed at the Odeon of Herodes Atticus, the Greek National Opera, Megaron – The Athens Concert Hall and in different cities across Greece. Of special importance were its collaborations with conductor Julien Jâl-al Eddine Weiss and the Al-Kindi Ensemble, Kudsi Erguner and an ensemble of Turkish performers of religious music, Sokratis Sinopoulos, etc. It has also participated in religious events with the Ecumenical Patriarch Bartholomew, Patriarch Theophilos of Jerusalem, Patriarch Kirill of Moscow, Archbishop Chrysostomos of Cyprus, Archbishop Ieronymos of Athens and all Greece, and Archbishop Damianos of Sinai, in long vigils at the monasteries of Mount Athos. Over the course of its 16-year-long trajectory, the Tropos Byzantine Choir has travelled to 19 countries and has released a series of 30 CDs, mostly with works by composers from Istanbul and the Mount Athos, covering a creative period from the 13th century to this date.

Church of St Elissaios (where Alexandros Papadiamantis used to chant)

The little church of St Elissaios at 14 Areos St in Monastiraki, opposite Hadrian’s Library, was first built in the 16th or 17th century. Probably at a later stage, it became part of the mansion that belonged to the known Chomatianos-Logothetis family of Athens; its stair-gate survives to this date in the western part of the temple. At the late 19th century and the early 20th century, this little church –a plain, small-sized, single-nave basilica– was frequented by some of the most prominent men of letters of the time, like Alexandros Papadiamantis and Alexandros Moraitidis, who served as right and left cantors, respectively. In that period it was priest Planas who used to perform the vigils. In 1943 the privately-owned little church was pronounced a historic and listed national monument. It was partially restored in 2004 and again in 2020. The church stands at the courtyard of the Museum of Modern Greek Culture, a sub-agency of the Ministry of Culture and Sports.