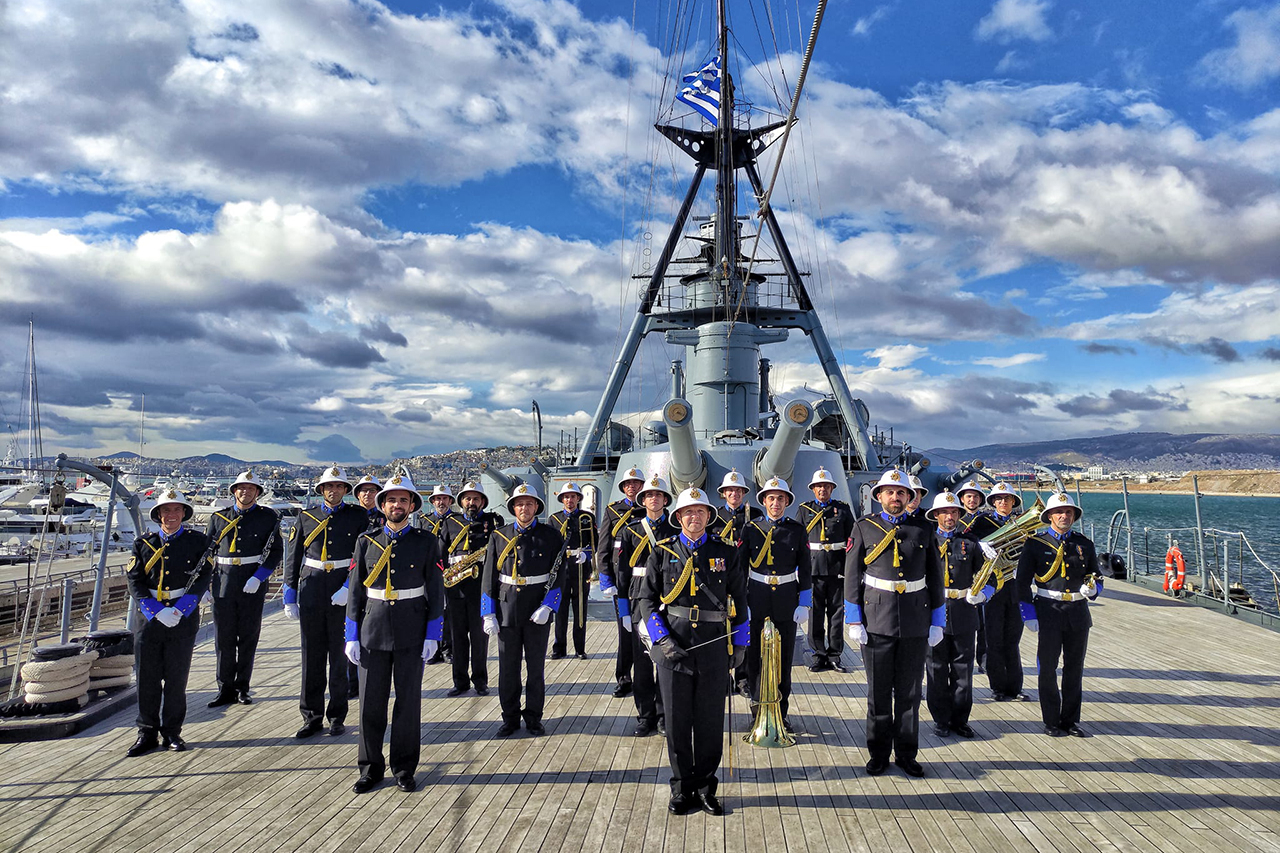 The history of the Hellenic Navy Band starts in April 1879. It gave its first performance with twenty-eight volunteer musicians, who were aboard the Greek frigate “Hellas”, in the capital of Malta, Valletta. Seventeen years later and much larger, the band took part in the first Olympic Games held in modern history, in Athens in 1896. In September 1911 Admiral Pavlos Kountouriotis, captain of the warship “Averof”, got the Band settled on the ship to cheer up the crew during the operations in the Balkan Wars of 1912-1913.

Over the years, the Band developed an admirable dynamic and it wasn’t long before that became evident in practice, performing in perfect formations for the first time in Greece around 1926. Since then, the Hellenic Navy Band has appeared in leading festivals across Europe, receiving excellent reviews. Moreover, it was featured in the film Phaedra starring Melina Mercouri, and in the popular Greek film I Aliki sto naftiko (Alice in the Navy). The greatest highlight in its modern history undoubtedly was its participation in the Opening Ceremony of the Athens 2004 Olympic Games. It has also taken part in the Opening Ceremony of the Special Olympics (Panathenaic Stadium, 2011) and has repeatedly appeared on TV, gaining amazing reviews along with the special love of the wider audience. It should be noted that the Hellenic Navy Band first performed with great success at the Greek National Opera in February 2020 in the cantata The Era of Melissanthi by Manos Hadjidakis.

Tonight the Band will start from the Metropolitan Cathedral of Athens Square, will stop at the Church of the Archangels and the Virgin Mary Gregorousa and will end at the Monastiraki Square. It will perform the Adagio in G minor by Tomaso Albinoni, Marche funèbre of Frédéric Chopin, Calde lacrime by Cesare de Michelis, the funeral march Dolore (of unknown composer) and Trauermarsch, Op. 103 by Felix Mendelssohn.