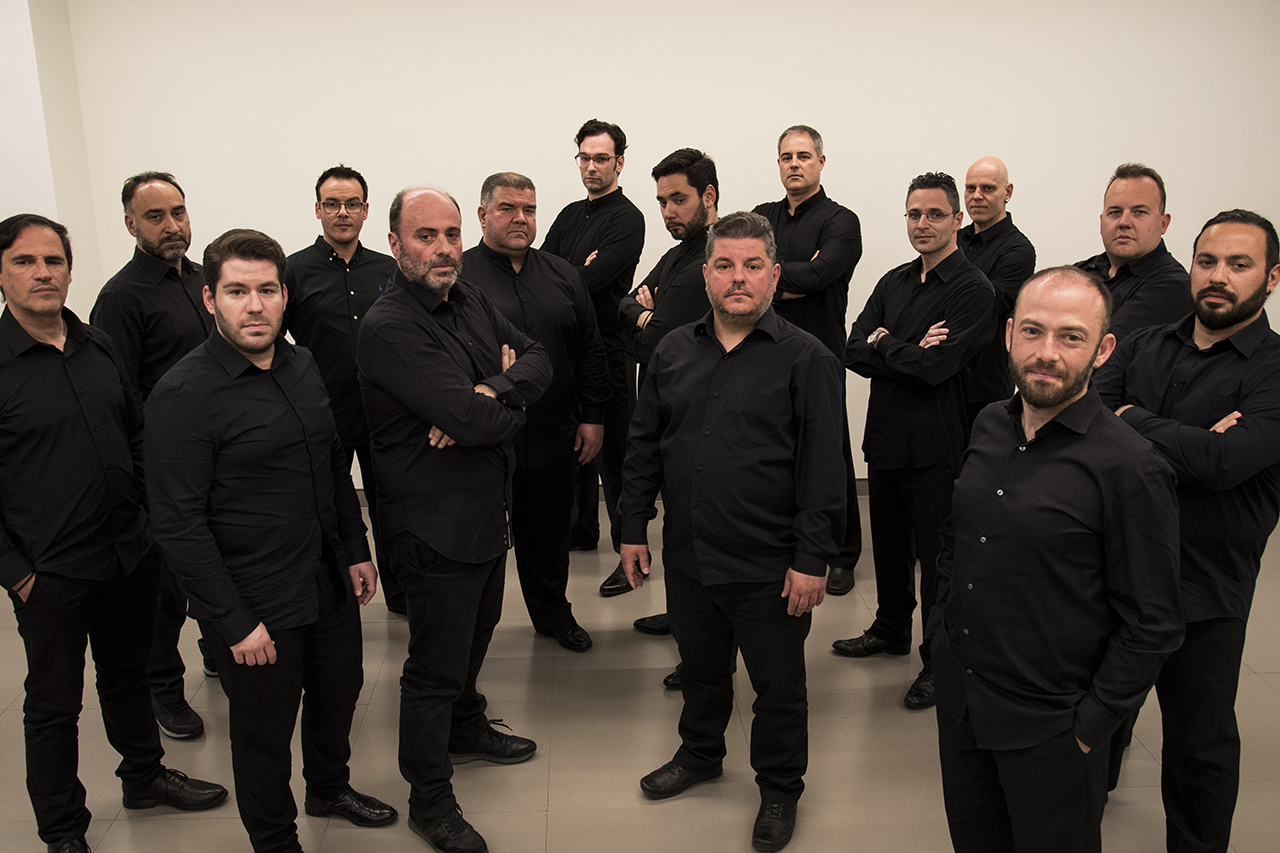 The male vocal ΜεῙΖοΝ Ensemble performs a cappella choral works by Greek and foreign composers of the 20th century in tune with the Easter spirit.

More specifically the programme will feature pieces by Hungarian composer Horváth Márton Levente, Ukrainian composer Galina Grigorjeva, Norwegian composer Ola Gjeilo, and the Estonian Arvo Pärt, who ranks among the most important living composers of religious music. Moreover, the ensemble will perform religious compositions by Kostas Klavvas and Themistoklis Polykratis, a composer and philologist but also the most prolific Greek composer of polyphonic ecclesiastical music.

A few words about the ΜεῙΖοΝ Ensemble

The male vocal ΜεῙΖοΝ Ensemble was created in 2018 by a small group of friends that shared an interest for a cappella choral singing. They first introduced themselves officially to the audience at a concert given at the Alternative Stage of the Greek National Opera (Sacred Music Days Festival, 2018), and two years later they became a sensation through the online presentation of a rare setting of the Hymn to Liberty by Nikolaos Mantzaros as part of the tribute to the bicentennial of the Greek Revolution. The ensemble has given concerts on the GNO Alternative Stage (SNFCC), Athens Concert Hall, Ancient Theatre of Messini, archaeological site of Mystras and Poseidon’s Sanctuary in Sounio as part of the festival “All of Greece, One Culture” (2020), as well as at the GNO’s New Year’s Gala that was broadcast online (2020). In 2021 the ensemble presented the Hymn to Liberty in Nafplion, Zakynthos, Cephalonia (Stranis Hill) and Kalamata. The goals of the ΜεῙΖοΝ Ensemble are to give concerts and make recordings of a cappella choral works from the international repertoire, as well as to showcase Greek choral compositions.

The Metropolitan Cathedral of Athens

The Metropolitan Cathedral of Athens stands at Mitropoleos Square, on the street of the same name, and it is one of the first and biggest monuments of Athens as a capital. Its construction started in 1842 under Danish architect Theophil Hansen, who also designed the Athens Academy and the National Library of Greece, and it was completed in 1862. The temple is dedicated to the Annunciation of Virgin Mary and it is a combination of the neoclassical and Greco-Byzantine styles, a result of the many changes that its design underwent during the construction. The Metropolitan Cathedral of Athens, associated with crucial moments of the modern Greek history, opened its gates once again to the public on 2 July 2016, after years of repairs to restore damages caused by the earthquakes of 1981 and 1999.