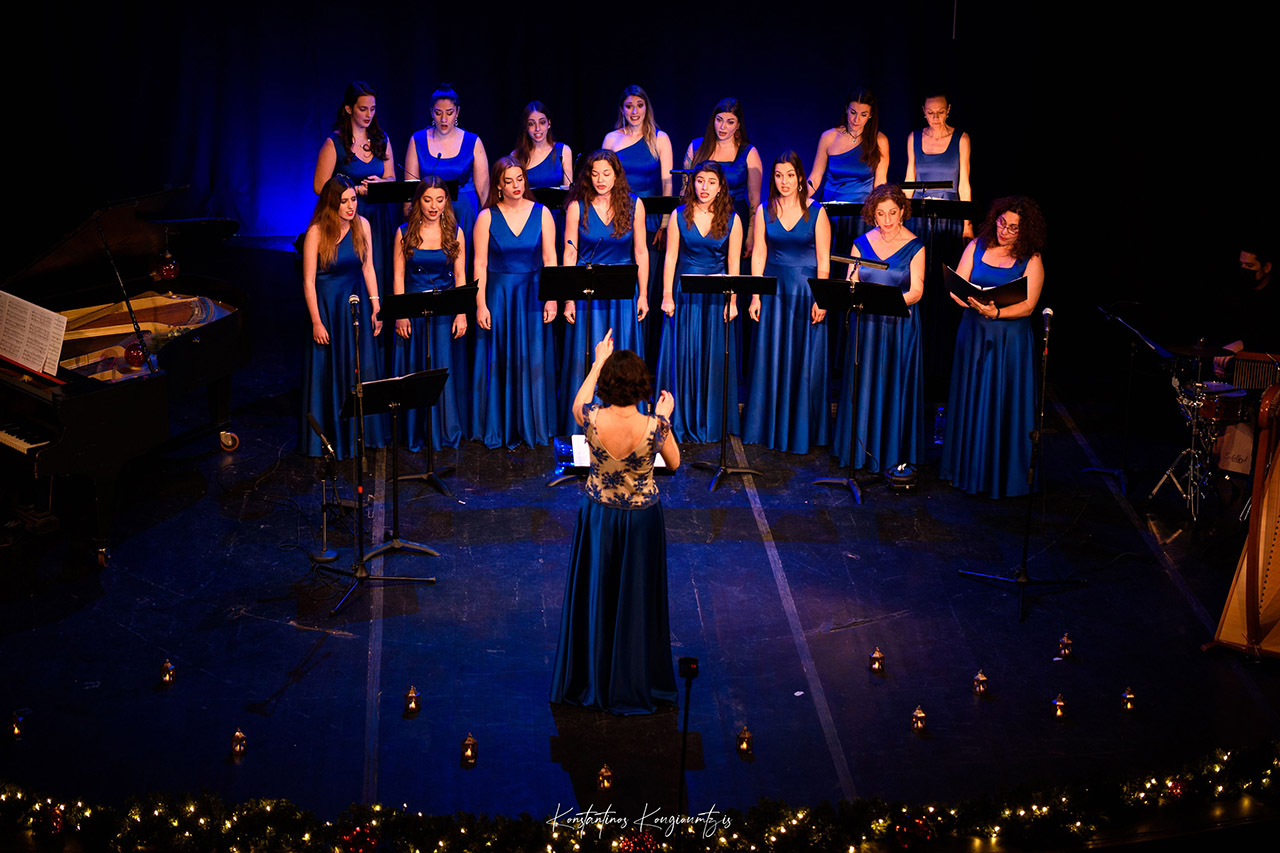 The very nature of the word “soul” denotes something timeless, immaterial, endless… A magical substance that doesn’t fit in the narrow boundaries of the mind. Radiant soul, translated from Lorenzo Donati’s work Anima raggiante, is the soul of Jesus. It is the voice of truth that weeps all alone, in silence, over the evils of this world (Piange la voce… sola… nel silenzio). Donati combines Gabriele D’Annunzio’s heartbreaking text with Giovanni Pierluigi da Palestrina’s Lamentations, creating a blend of old and new musical languages. It is upon this duality that the rest of the concert programme is also based, with texts lost in the mists of time, but with music performed through contemporary techniques of choral writing.

Hungarian composer Miklós Kocsár, Greek composer Christodoulos Halaris, and the just 29-year-old multi-awarded Slovenian composer Tine Bec, breathe new life into the Divine Passion, Lament, and Death. In the last two compositions of the programme, celebrated composer Ambrož Čopi –who’s also Slovenian– reminds us that Death is followed by the fervent awaiting of the Resurrection, and that is why we should be truly grateful, “(celebrating) with strings and instruments”, for the gift of human life.

All the compositions are worldly creations connecting the past with the present and the future, just like the Caryatides symbolically do at the Acropolis Museum, where this music will be performed. Choral art converses with the Parthenon sculptures and the ever-lasting “Radiant soul” that hovers in the celestial dome surrounding us. — S. G.

A few words about the ensemble

The female vocal ensemble Voci Contra Tempo was created in 2017. It is formed as a project choir and becoming part of it requires either long-standing involvement in singing or years of experience in choir participation. One of the ensemble’s goals is to bring out pieces for female choir with an emphasis on the music works of the 19th, 20th, and 21st centuries. Its repertoire, nevertheless, includes more music genres, such as traditional folk songs of different nations. The Voci Contra Tempo ensemble has collaborated, among others, with the Thessaloniki State Orchestra, and in 2021 it took part in the Guido d’Arezzo International Festival, receiving triumphant reviews. In Greece it has appeared in Thessaloniki, Athens, Ioannina and Serres. In 2022 it will be an ensemble in residence at the Department of Music Studies of the Aristotelian University of Thessaloniki, doing important educational work for conductors and composers. The ensemble is curated and conducted by Sophia Gioldasi.