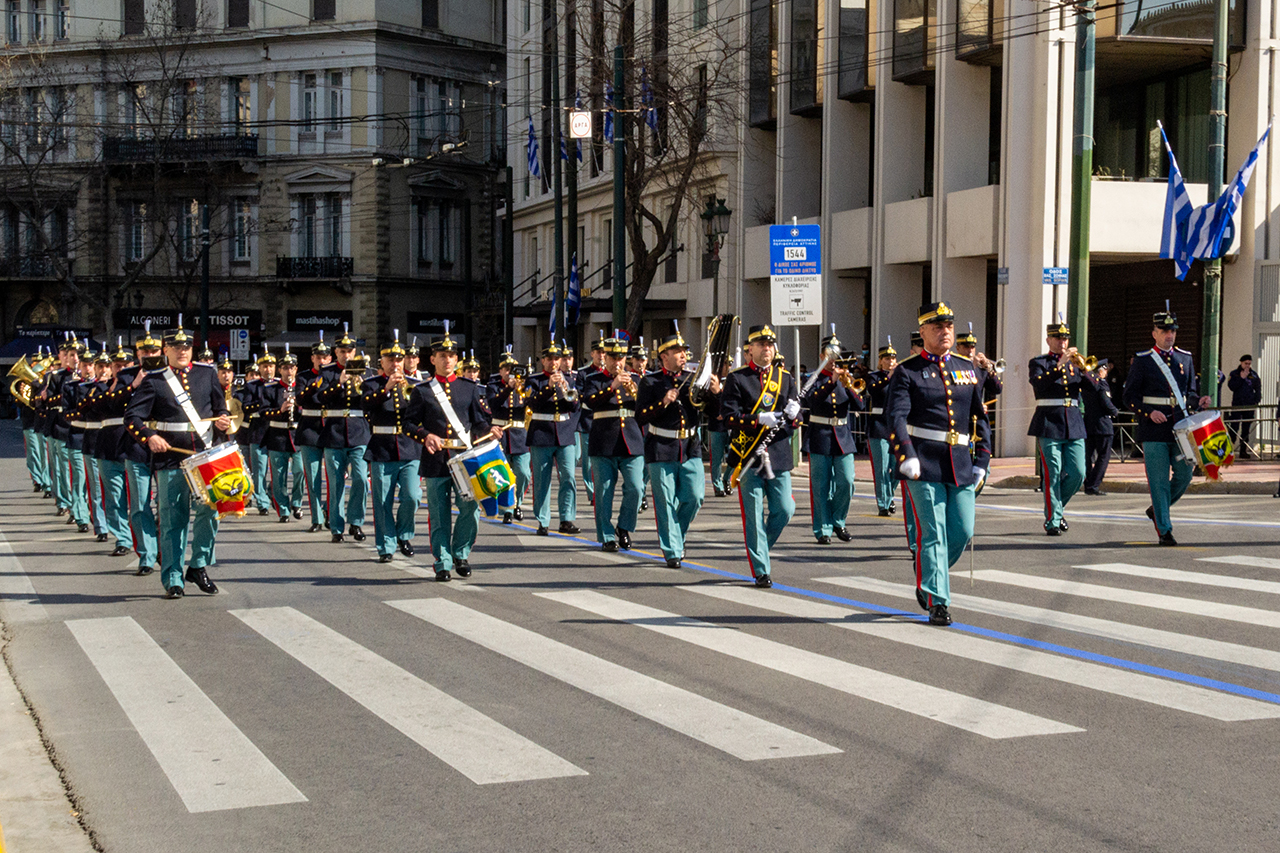 In 1940, with the outbreak of the Greco-Italian War, it was reformed and followed the Command Centre of the 1st Army Corps in Albania. A Military Music Department remained active in Athens, reinforced by reservists, until 1941, when it was dissolved, following the invasion of the German occupation forces in Greece. After that, many musicians fled to the Middle East. In 1945, with the regrouping of all Military Musicians, the Athens Military Music Band was called 1st Military Music Band, and in 2011 it acquired its present-day name, Hellenic Army Band of Athens “THESEUS” (SMS/ASDYS “THESEUS”). Since its formation it has taken part in many celebratory events in Greece and all over the world.

SMS/ASDYS “THESEUS” will start performing at Dionysius the Areopagite pedestrian street (church of Hagia Sophia), it will stop at the Acropolis entrance and will end at the Paul and Alexandra Canellopoulos Museum. The band will perform the Funeral march (Pathetic) by Ludwig van Beethoven, the march Dolore (of unknown composer), as well as, the Epitaph hymn Ai yeneai pasai (All generations offer) and Ina ti efryaxan (Why do the heathen rage). from David’s Psalm ΙΙ, a composition by Ioannis Planiteros [orch. (MS) Spyridon Peratinos].