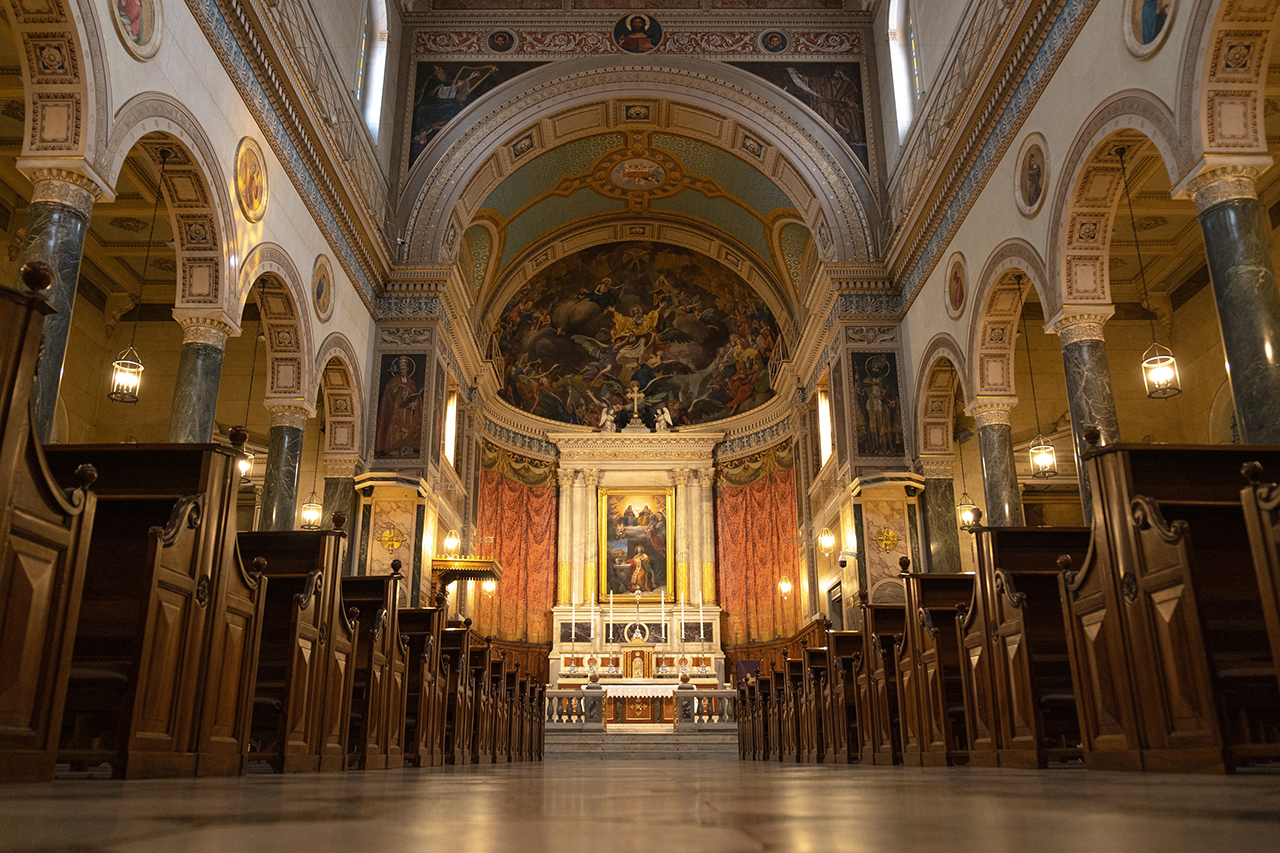 Τhere is a plethora of surviving printed eulogies from relentlessly war-stricken and disease-afflicted 17th-century Germany. These eulogies, delivered by pastors over open coffins –as if they came out of the dead–, had to have their eyes set on eternal life, according to the Lutheran tradition.

Yet the consolation of the living, as the Lutheran theology of the time acknowledges, cannot be achieved only through the proclamation of the joyous message of Heaven. The music accompanying many of these eulogies, which were written for several prominent men and women of the time, often emphasises the elements of grief and lamentation and discredits worldly possessions, as contrasted with the anticipation of the afterlife. German Baroque composers seized the chance to employ the expressive means of a new musical Italian trend of the time, the so-called seconda pratica, to convey the immeasurable pain caused by the death of loved-ones.

The concert Threnodiæ Germanicæ will feature a short anthology of different styles of such Germanic Lamentations from across the German-speaking world. The voices will highlight the sounds of the special, sweet German accent, as Christop Bernhard noted in his thesis on the art of singing “Von der Singekunst oder Manier”, in 1650. The eight singers of the double, four-part choir will be accompanied by two four-part string, brass and wind ensembles according to the practice of the time, with the cornet and the violas da gamba so expressively mimicking the human voice and blending with it. — I. M.

The professional vocal ensemble of Scholae Cantorum Sancti Pauli, the Saint Paul’s Cantors School, founded by Iason Marmaras in 2016, performs music from the Renaissance and Baroque periods, using historical techniques of ornamentation and improvisation, as well as historical accent and notation. They explore timbres that bring out the innate colourfulness of the Renaissance and Baroque polyphonic writing, reaching and often exceeding the boundaries of “classical singing”. The Cantores, or in other words Cantors of Saint Paul’s School, regularly perform vespers and liturgies according to the Renaissance rituals in Western churches of Athens.

The international musical ensemble of “extraordinary or exceptional ministers” is named after those musicians engaged by churches in Elizabethan England on special occasions to provide extra help (“secular ministers”, namely musicians who exceptionally participated in liturgies without belonging to the clergy). They approach Renaissance and Baroque music with special care for the rich, expressive timbres of period instruments and their contrast or combination with the voice, as well as for their timbral and expressive potential in ornamentation and improvisation.

Iason Marmaras plays historical keyboard instruments, sings and leads musical ensembles, and has a special love for historical interpretation and improvisation. He has been awarded as an improvisator and harpsichordist in chamber music ensembles and as a self-accompanied singer on the fortepiano. He collaborates with Armonia Atenea and the Athens State Orchestra, as well as with La Risonanza in Italy, the Cappella Pratensis in the Netherlands, and the Ensemble Las Huelgas in Belgium. He has performed as a soloist, harpsichordist, and conductor in Greece and abroad. He studied harpsichord and harpsichord conducting, as well as Early Music singing at the Royal Conservatoire in The Hague, and historical theory of music and composition at the Schola Cantorum Basiliensis. He teaches improvisation at the Institut für Alte Musik of the University of Music and Performing Arts, Vienna.

The Catholic Cathedral Basilica of St Dionysius the Areopagite stands at the junction of Panepistimiou avenue and Omirou street in Athens, right next to the ornate building of Ofthalmiatrio. It is the seat of the Catholic Archbishop of Athens and it is dedicated to St Dionysius the Areopagite, disciple of Apostle Paul and first bishop of Athens. It started being built in 1853 under the famous German architect Leo von Klenze, but its design was modified during the construction stage by Greek architect Lysandros Kaftanzoglou. Although it was still unfinished, the Cathedral opened its gates for the first time in 1865. In the years that followed until the first decades of the 20th century additions were made to the building, and in 1960 it was attempted to renovate it for the first time. During the period 1992-1998 it was fully restored internally and externally. Today it is an attraction both for the citizens of Athens, Catholics or not, and for numerous groups of pilgrims and tourists from all over the world.